"The Magic, The Memories and You!" set to close for a rework

Magic Kingdom's popular "The Magic, The Memories and You!" show is scheduled to close on September 3, 2012. This will allow this unique and spectacular piece of entertainment to be completely reworked into an entire new show.

It is anticipated that the new show will use the same projection technology that made the current show so popular. The new show is expected to debut in time for the 2012 holidays.

While the original "The Magic, The Memories and You!" show has received several small changes since its debut in early 2011, this will be the first major change and it's expected it will also include a new name. 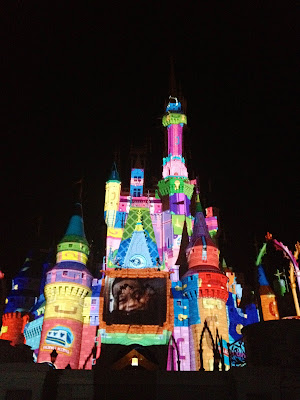 Posted by mikeandthemouse at 7:12 PM