Is the Sorcerer Hat a goner? 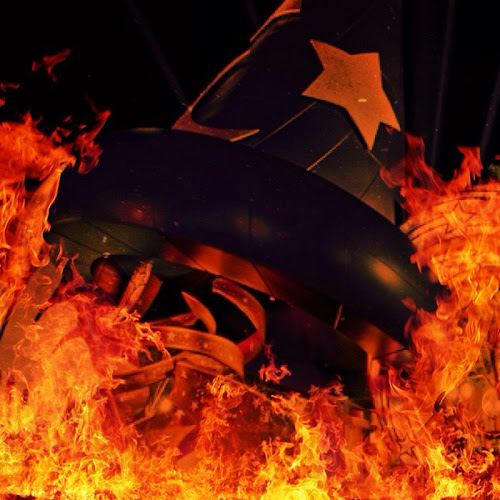 If you believe the rumor that is running rampant on many Disney fan sites, then it appears that the beloved (in my eyes) Sorcerers Hat at Disney's Hollywood Studios is not long for this Walt Disney World.

The Sorcerer's Hat debuted on September 28, 2001 as part of the 100 Years of Magic Celebration at Walt Disney World Resort. The hat quickly became the icon of Disney's Hollywood Studios, thus replacing the facade of the Grauman's Chinese Theatre which houses the The Great Movie Ride. An attraction that is screaming loudly for a major rehab in the near future.

Of course, you had to know that my opinion was coming...
I like the hat, and I know that I'm in the minority. To me it represents the essence that is DHS. The magic and mystery behind movies and entertainment. It's an awesome backdrop for Disney Channel Rocks and Hyperspace Hoopla. It's a great meeting place if you get lost. How many of us have great family pictures taken in front, especially at night? It would be a shame to have to stare at Grauman's again. Besides, where would you put the hookers and junkies? I mean, this is "Hollywood" right? Now, if you want to replace that hat with a Carthay Circle replica well, that's a different ball of wax and I'm sure that would be part of a much BIGGER DHS expansion. Fingers crossed!


Posted by mikeandthemouse at 9:51 PM