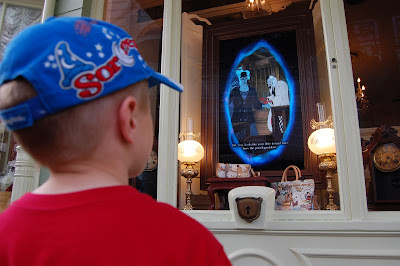 “Sorcerers of the Magic Kingdom” is now open at Magic Kingdom, and it's up to guests to discover and defeat the Disney villains who are wreaking havoc behind the scenes at the Walt Disney World Resort theme park.

In this role-playing game, guests become apprentice sorcerers and embark on a challenge to stop these animated villains from stealing one of the four shattered pieces of Merlin’s powerful crystal ball.  Armed with spells in the form of special cards, guests follow magic symbols that lead them to different villain hideouts in Adventureland, Fantasyland, Frontierland, Liberty Square, and Main Street, U.S.A.  Once there, apprentices use magic keys to access the villain’s lair, and “spell” cards to halt the evildoers in their tracks.

Seventy different spell cards are part of this trading card game, and guests will receive five complimentary cards every day they play.  Each of the cards features a different Disney character that offers a spell unique to his or her personality. Individually created by Disney artists and trading card game experts, these beautiful cards will become a new Disney collectible and trading opportunity. 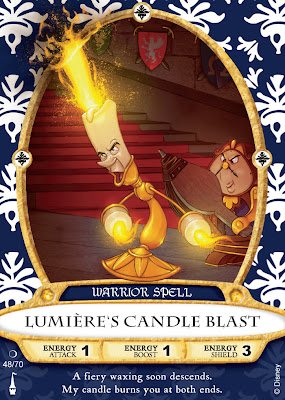 According to Jonathan Ackley, Project Producer & Creative Director, Walt Disney Imagineering, one of the most exciting aspects of Sorcerers of the Magic Kingdom is how guests become active players in the game, interacting with Disney characters at an entirely new level.

“Sorcerers of the Magic Kingdom gives our guests a whole new way to become the hero of the Disney story, taking Disney innovation to a new level,” he said. “It’s a great game of discovery and excitement that plays off our wonderful theme park and incredible family of Disney animated characters.”

Imagineers spent more than four years creating and perfecting this unique experience, which can be played in 15- to 20-minute segments throughout guests’ visits to the Magic kingdom, or continuously for up to three to four hours. More than 95 minutes of original animation was created for Sorcerers of the Magic Kingdom – the equivalent of a full-length animated film.

While trading card games are popular with about 60 million people in the U.S., this is the first time players can experience the challenge at a Disney theme park. Guests of all ages will love the storytelling, the engagement with Disney characters and the discovery of hidden details at the Magic Kingdom.

Sorcerers of the Magic Kingdom is included in the price of theme park admission. 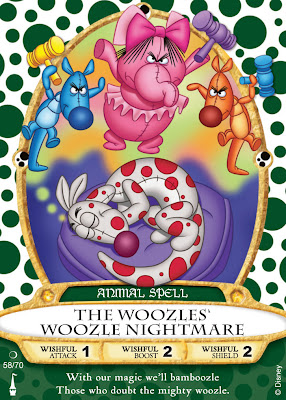 Posted by mikeandthemouse at 7:42 PM