Disney has released some new images of the new Fantasyland expansion.

First is an image of the exterior of "Under the Sea ~ Journey of the Little Mermaid," featuring Prince Eric’s Castle and the attraction marquee. Next is a view of the second dining room at "Be Our Guest Restaurant," the Rose Gallery, which includes a large music box centerpiece nearly 7 feet tall with Belle and the Beast atop. Finally, we have a new shot of the ballroom dining room at "Be Our Guest Restaurant."

Disney has announced that special passholder previews will begin on November 3 2012, with registration for the events opening at midday on Monday, October 8, 2012. Registration will be online via the passholder website at http://www.disneyworld.com/passholder. 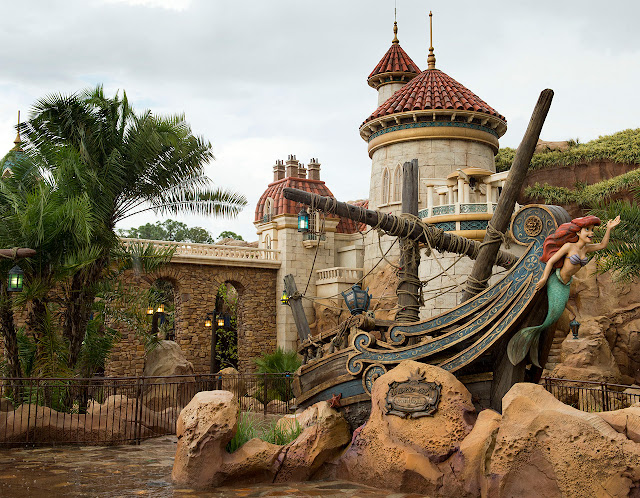 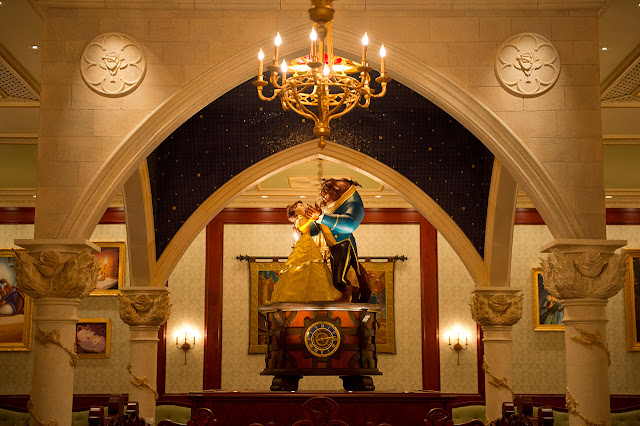 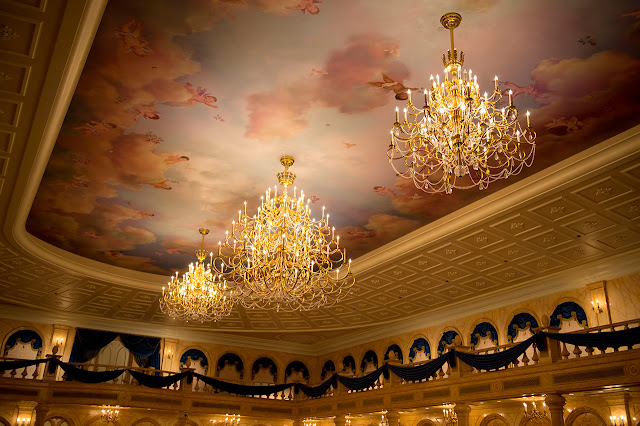 Copyright 2012 The Walt Disney Company
Posted by mikeandthemouse at 10:19 AM