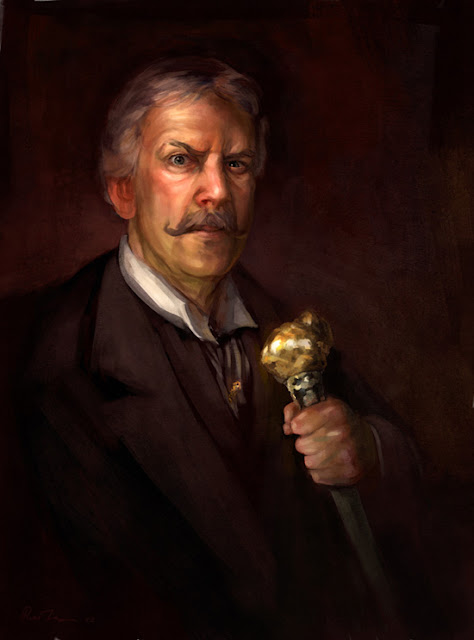 Walt Disney Imagineering is currently in the process of adding new interactive queue elements to the Magic Kingdom's Big Thunder Mountain Railroad. In support of this, Disney has today revealed a newly expanded backstory to the attraction, featuring a new character - Barnabas T. Bullion, the gold magnate who rules the Big Thunder Mining Company.

Here's the skinny from the Official Disney Parks Blog

“Barnabas T. Bullion is the founder and president of the Big Thunder Mining Company. The longtime mining magnate comes from a powerful East Coast family and considers gold to be his very birthright by virtue of his oddly appropriate name; in fact, he considers the ultimate gold strike to be his destiny. And that is why he is having so much trouble with Big Thunder Mountain. According to superstitious locals, Big Thunder Mountain is very protective of the gold it holds within, and the unfortunate soul who attempts to mine its riches is destined to fail. And so far that prophecy is coming to pass. The mine has been plagued by mysterious forces and natural disasters ever since. And yet the Big Thunder Mining Co. is still in operation. In fact, Bullion is discovering new veins of gold and digging new shafts every day, offering a closer look at the Big Thunder mining operation than ever before. But a word to the wise for anyone attempting to visit the mountain: watch out for runaway trains.”

All photos © Walt Disney Company
Posted by mikeandthemouse at 3:03 PM