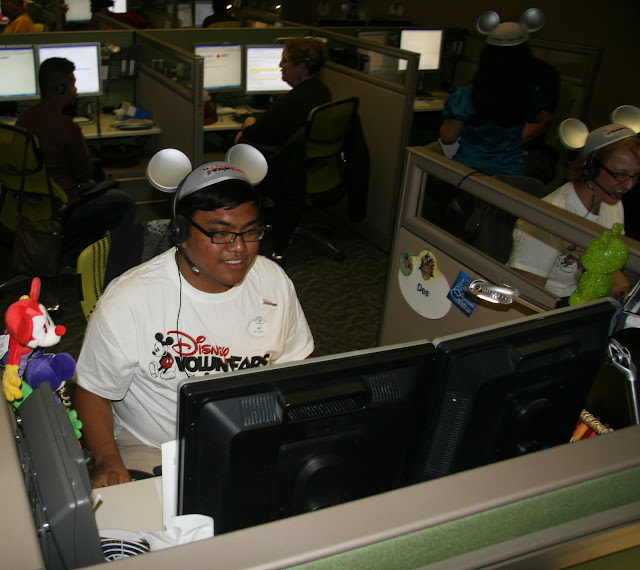 More than 75 Walt Disney World VoluntEARS recently supported ABC’s national “Day of Giving,” which raised more than $16.8 million for the American Red Cross to aide those affected by Hurricane Sandy.
For six hours on this past Monday, the group of VoluntEARS showed their compassion by helping with the large volume of calls coming into the Disney Reservation Center in Orlando from all over the country.
“I just wanted to be there,” said Terri Somsky, who works in the Walt Disney World Community Relations department .
Among the stories the VoluntEARS will never forget are that of a 100-year-old man who donated $100 in honor of his age and 10-year-old Keyla, who did not think twice before donating her weekly allowance.
The fundraising event joins The Walt Disney Company’s relief and rebuilding efforts recently announced by Robert A. Iger, chairman and CEO, The Walt Disney Company, which include a $2 million cash commitment to those severely impacted by Hurricane Sandy. One million dollars will be donated to the American RedCross for immediate, critical assistance, with another $1 million going to organizations working on rebuilding efforts.
In addition, The Walt Disney Company Foundation will also match, dollar for dollar, all employee-eligible donations going to disaster relief groups.
Kudos to the entire cast of the Walt Disney World Company. Another great reason why they continue to lead the way in so many aspects of giving.

Posted by mikeandthemouse at 11:57 AM