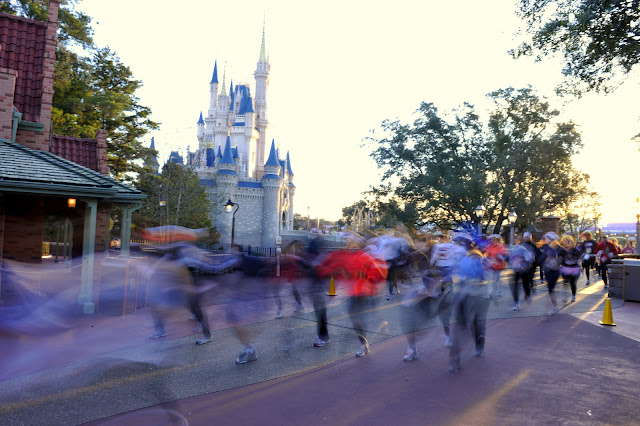 Marathon weekend features runDisney Kids’ Races, a Family Fun Run 5K on Friday, the Half Marathon on Saturday and the Marathon on Sunday.  Thousands of runners will run Goofy’s Race and a Half Challenge, which involves running the Half Marathon and the full Marathon – 39.3 miles!  The Health and Fitness Expo runs throughout the weekend at ESPN Wide World of Sports Complex and features the latest in running technology and fashion, as well as renowned running experts like Jeff Galloway, the official training consultant for runDisney. For more information, visit rundisney.com.

Disney’s Princess Half Marathon Weekend is one of the largest women-specific running events in the country and focuses on healthy active lifestyles for women and young girls.  After nearly 7,500 runners ran the inaugural 2009 event, the popularity had grown considerably with more than 19,000 competing in 2012, and more than 20,000 runners expected for 2013.

Weekend events include the Mickey Mouse and Minnie Mouse Royal Family 5K and runDisney Kids’ Races on Saturday, followed by the Half Marathon on Sunday.  The weekend also includes the Disney Fit for a Princess at ESPN Wide World of Sports Complex, featuring the latest running apparel and equipment, as well as a speaker series involving running experts like Jeff Galloway, the official training consultant for runDisney. For more information, visit rundisney.com.

Posted by mikeandthemouse at 11:14 PM