Disney CEO Bob Iger lets Congressman Markey have it good! And how!!!!! 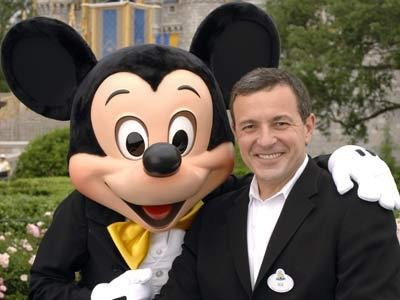 A few days after United States Congressman Edward Markey issued a very public letter to Disney Chairman and CEO Bob Iger requesting (requiring) answers to privacy concerns surrounding MyMagic+ and the upcoming use of the MagicBand at Walt Disney World theme parks, Iger shot back with a letter of his own, firmly retaliating against the claims Markey has made.

Along with an attachment outlining the privacy policy of MyMagic+, Iger calls assertions in Markey’s letter “ludicrous and utterly ill-informed,” finding it “unfortunate and extremely disappointing” that Markey brought forth his concerns in such a public manner.

Here’s the full text of the letter, via the website Deadline:

For 90 years, Disney has been synonymous with high-quality entertainment for families and children of all ages. We use creativity, innovation and technology to create memorable moments and experiences for our hundreds of millions of customers and guests. And, as you well know, Disney’s record and commitment to children’s safety and security and the protection of their privacy is exemplary. People around the world trust Disney and its products. That trust is the cornerstone of our company, and we take it very seriously.

We are offended by the ludicrous and utterly ill-informed assertion in your letter dated January 24, 2013, that we would in any way haphazardly or recklessly introduce a program that manipulates children, or wantonly puts their safety at risk.

It is truly unfortunate and extremely disappointing that you chose to publicly attack us before taking the time to review our policies and/or contact us for information, which would have obviated the need for your letter. Had you or your staff made the slightest effort, you would have found most of the answers to your questions already existed and were publicly available online at http://corporate.disney.go.com/corporate/pp.html           and https://disneyworld.disney.qo.com/faq/my-disney-experience/privacy-policy/

In the enclosed attachment, we address the questions in your letter about our new, yet-to-be­ launched program, MyMagic+. However, to ensure that you fully understand our practices as they pertain to children, and our commitment to our guests’ privacy, let me be clear and reiterate the basic facts.

MyMagic+ is a completely optional program that was designed with privacy controls from the outset. Disney does not use personal information to market to children under age 13, does not personalize or target advertisements to an individual child, and never shares children’s personal information with any third party for their marketing purposes. Additionally, parents have full control over their child’s participation in MyMagic+. We have transparent privacy practices, guests can control and limit the amount of information they provide to us — and how their information is used.

Thanks to Ricky Brigante from "Inside the Magic" for posting this...
Posted by mikeandthemouse at 8:05 PM