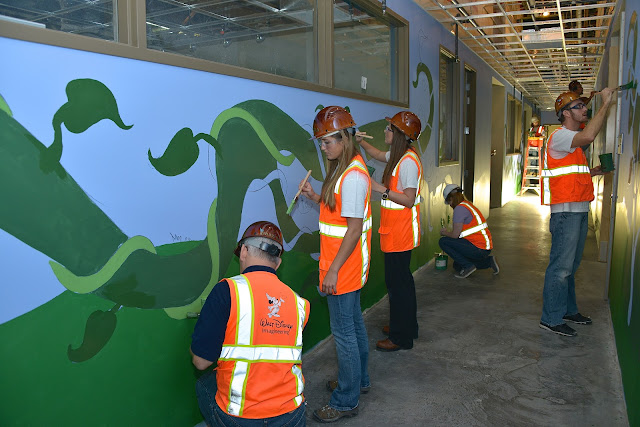 When Second Harvest Food Bank of Central Florida opens its new distribution facility in just a few weeks, the building will feature a Disney-themed mural painted by Walt Disney Imagineers.

The original design was brought to life by a group of 30 VoluntEARS from Walt Disney Imagineering who painted the mural at the new 100,000-square-foot distribution center. Inspired by the Disney film Mickey and the Beanstalk, the mural shows how a few little seeds, helped by some Disney magic, grow into a massive green vine.

“The VoluntEARS from Walt Disney Imagineering brought a little bit of ‘Disney Magic’ to our new facility,” said Dave Krepcho, President and CEO of Second Harvest Food Bank of Central Florida. “Through their support and hard work, they have transformed our volunteer areas and made them come alive.”

In 2012, more than 730,000 people, half of them children, received emergency food in the six Central Florida counties served by Second Harvest. The group estimates the new facility will serve 55,000 people and will help provide one million more meals for children every year.

For more than 20 years, Walt Disney World Resort has donated millions of pounds of food through its “Disney Harvest Program” which collects prepared and un-served food from dining locations across the resort and delivers the food donations to Second Harvest five days a week. 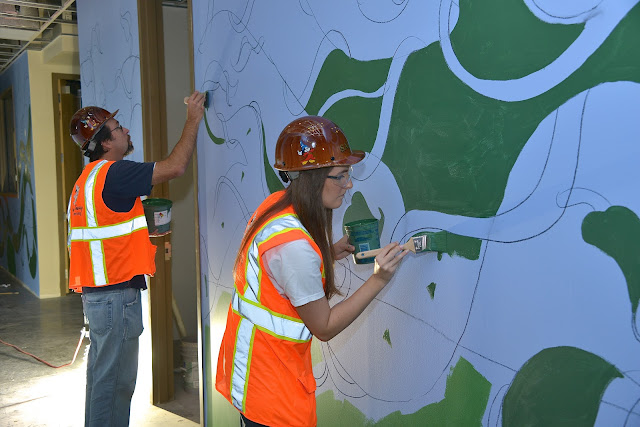 Posted by mikeandthemouse at 11:51 AM