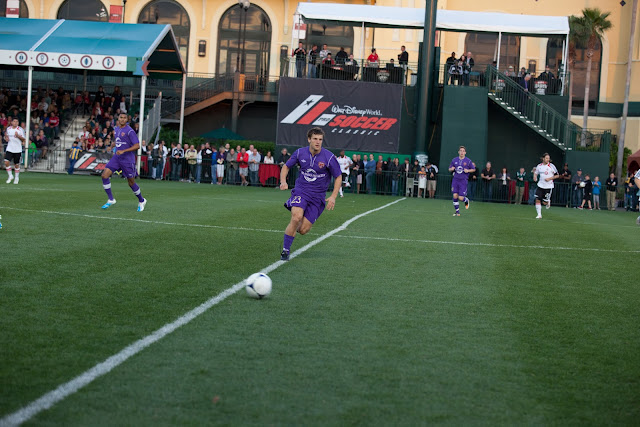 Several of North America’s most storied soccer franchises will take to the field for the 2013 Disney Pro Soccer Classic from Feb. 9-23 at ESPN Wide World of Sports Complex at Walt Disney World Resort.

Sporting Kansas City will make ESPN Wide World of Sports Complex its official preseason training home. In 2011-12, the team finished first in the East and advanced to the quarterfinals of the MLS Cup Playoffs. As winners of the 2012 Lamar Hunt U.S. Open Cup, Sporting KC will represent Major League Soccer in the 2013-14 CONCACAF Champions League.

Joining Sporting KC at ESPN Wide World of Sports Complex is Toronto FC.  The team already has established ties to the Pro Soccer Classic and complex, which has been Toronto’s official preseason training home the past three years. The club is the four-time defending Amway Canadian Champions, and in 2011-12, Toronto progressed to the semifinals of the CONCACAF Champions League tournament.

Another club returning to Disney for the Pro Soccer Classic is the Montreal Impact, who entered the 2012 Pro Soccer Classic as the MLS’ newest franchise. Prior to joining the MLS, the club won five regular season titles and one Canadian Championship. Montreal will train at Seminole Soccer Complex in Sanford.

Philadelphia Union will begin its season with a new coach, John Hackworth, following a 10-8-6 record last season. The Union will be training at Deltona’s Dewey O. Boster Sports Complex for its preseason training, where the club has trained for the past two preseasons.

America’s “Hardest Working Team,” the Columbus Crew, rounds out the MLS teams competing in the Pro Soccer Classic. The Crew won the MLS Cup in 2008 and U.S. Open Cup in 2002, along with the MLS Supporters’ Shield in 2004, 2008 and 2009. The Crew will train at Austin Tindall Park in Kissimmee.

The Tampa Bay Rowdies are the 2012 NASL Soccer Bowl Champions and play their home games at Al Lang Stadium in St. Petersburg. In 2011-12, the Rowdies won their second consecutive FIFA Fair Play Award and featured Coach of the Year and three of the NASL’s Best Eleven Players.

The Disney Pro Soccer Classic is the marquee event of Central Florida’s Soccer Spring Training initiative, joining events such as a college soccer combine, professional trials and coaches academy. Soccer Spring Training was created by the Central Florida Sports Commission to boost interest in soccer throughout the region and develop Orlando as the prime destination for training and competition for professional soccer clubs.

The Disney Pro Soccer Classic is just one of more than a dozen prestigious soccer events held at ESPN Wide World of Sports Complex, which is the leading multi-sports venue in the nation and the official preseason training home of the AS Roma Football Club. Among the most high-profile soccer events at ESPN Wide World of Sports are Disney’s Soccer Showcase, the Disney Cup International and the MAAC Men’s Soccer Championships.