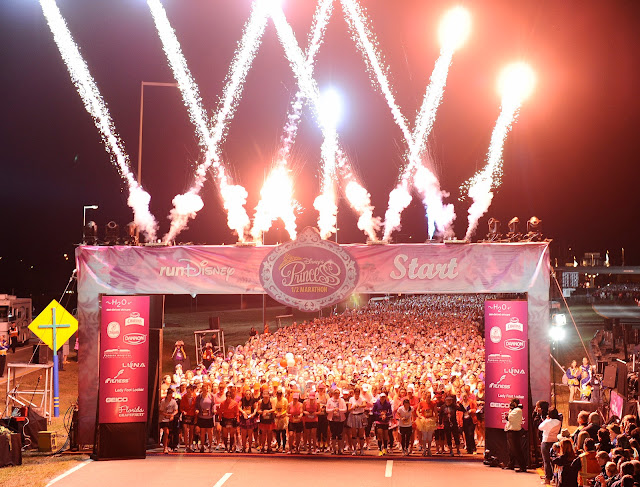 For the fifth straight year, a capacity field is expected to take part this weekend in Disney’s Princess Half Marathon Weekend, one of the largest women-specific event in the nation.

More than 26,000 mostly women runners – nearly 20,000 more than the inaugural year in 2009 – are set to run the 5th anniversary Disney’s Princess Half Marathon on Sunday. The 13.1-mile course starts just outside Epcot and takes runners through the Magic Kingdom and Cinderella Castle before finishing back at Epcot. Along the route, runners from all 50 states and 32 countries typically feature colorful runner costumes, Disney entertainment and characters. Runners completing the half marathon will receive a commemorative 5th anniversary tiara medal.

A big shout to my friends Anne-Marie (my BESTUS), Bethany, Andrea, Krissy, Sheri and Jennifer! Have a GREAT run this weekend ladies - I'm super proud of you!

Godspeed Ladies (and the few gents) - Have a GREAT runDisney Weekend!!!
Posted by mikeandthemouse at 8:24 PM