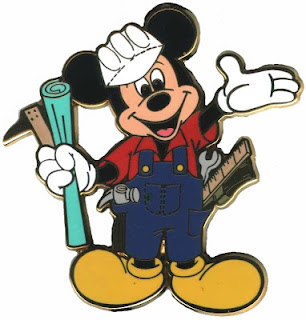 Cable television and Wi-Fi at Disney’s Caribbean Beach Resort will be unavailable Wednesday, February 20th, from approximately 11-11:30 a.m. In addition to that, those same services will be unavailable in the Treehouse Villas at Disney’s Saratoga Springs Resort on Thursday, February 21st, from approximately 11-11:30 a.m. During those times, Telecom will make system updates to enhance the cable television picture quality. There will be on-site technicians available to monitor the system progress and provide support as needed.

If Guests experience any issues with accessing the Internet or their in-room cable television after the designated downtime period, they should contact Walt Disney World Telecom at 407-827-9434 (or “56” from any Guest area house phone) to alert them of the issue.
Posted by mikeandthemouse at 2:12 PM