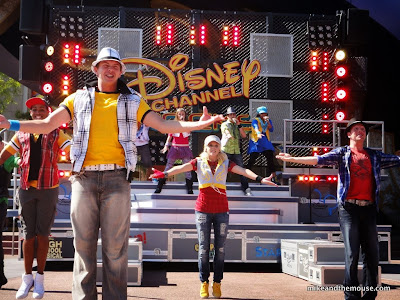 UPDATE - "We regularly and carefully review the entertainment offerings in our parks and make adjustments. As a result, the last performance of the Pixar Pals Countdown to Fun Parade and Disney Channel Rocks! at Disney’s Hollywood Studios will be Saturday, April 6, 2013. Although we are not adding a new parade at this time, we are always evaluating and refining our offerings and considering new ideas to build upon Disney stories."

Though I am never one to start or even comment on a rumor, when it comes from the mouths of the people that are directly involved, I do tend to take it a bit more seriously.

With that being said, it appears that the popular "Disney Channel Rocks!" show that is performed several times daily at Disney's Hollywood Studios is coming to an end.

This high-energy show, which started in 2010 and moves down Hollywood Boulevard on a traveling stage, will have its last show on April 6, 2013. The show listing has also been removed from future Disney entertainment calendars. 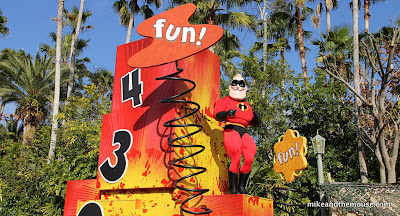 Now, we are not sure if this is related or not, but entertainment cast members have also been told that the "Pixar Pals Countdown to Fun!" will also be ending on the same day. This has not been confirmed by Disney, nor has it been removed from the official Disney calendar.

Stay tuned and we will update this story as more information becomes available.

Posted by mikeandthemouse at 6:50 PM