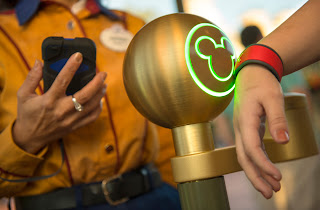 As FASTPASS+ edges nearer and nearer to going live, a few more details appear to be getting finalized with respect to how the system will actually operate once it goes live later this year.

According to Cast Members who have been briefed on the system earlier this week, on launch of FASTPASS+, a guest will be able to choose up to a maximum of 3 FASTPASS+ experiences at one park per day. The number of attractions offering FASTPASS+ has been greatly expanded over the current FASTPASS system, with over 60 rides, shows, parades, and meet and greets now being included in FASTPASS+.

Guests will be able to select FASTPASS+ experiences before arrival, or on the day of. Changes can be made at anytime to an unredeemed FASTPASS+, even once the FASTPASS+ arrival window begins.

A great feature of FASTPASS+ is the ability for the My Disney Experience smartphone app to notify FASTPASS+ holders in the event of an attraction being temporarily unavailable. This gives advance notice to the guest, and prevents them arriving at the attraction only to find it is closed. In this event, the system can suggest an alternative. The guest also has the option to opt out of notifications.
Posted by mikeandthemouse at 8:27 PM