The Disney Parks Blog today released a peek at some of the great new merchandise that will be available at this years Star Wars Weekends at Disney's Hollywood Studios. It was nice to see some of the items come to fruition that were initially introduced as concepts and prototypes at last summers Star Wars Celebration VI at the Orange County Convention Center. Disney Merchandising presented to a packed seminar many of the items that you will see below. This BIG KID and life long Star Wars fan can wait to get his hands on some of this cool stuff. Thanks Uncle Donnie! (Uncle Donnie took me to see Star Wars for the first time in 1977). 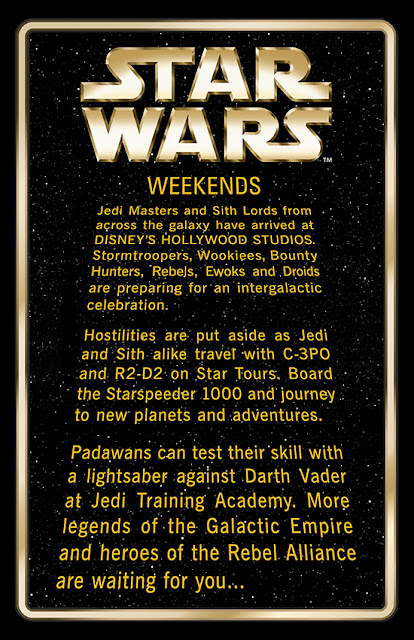 Take a look at the photos below and tell me what you can't wait to get your hands on! I need that "Thermal Detonator!"

Star Wars Weekends takes place at Disney's Hollywood Studios this year on Fridays, Saturdays and Sundays from May 17 through June 9. Ray Park (Darth Maul) and Warwick Davis (Wicket the Ewok) are scheduled to appear and James Arnold Taylor (who I have the pleasure of meeting a few times) and Ashley Eckstein from Star Wars; The Clone Wars, will be your celebrity hosts for the duration of the event. Most activities are included in theme park admission.

All images are COPYRIGHT 2013 Walt Disney Company.
Posted by mikeandthemouse at 9:40 AM