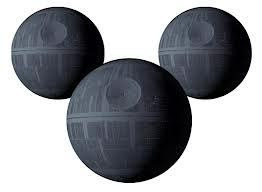 Limited Time Magic's Star Wars Day - 'May the 4th Be With You!' at Disney's Hollywood Studios is tomorrow and we've got an updated list of the entertainment offerings. Be sure to check a times guide on the day for any last minute changes.

This sounds awesome! Too bad I'll be stuck at Animal Kingdom getting ready for runDisney and the Everest Challenge - nice timing Disney!!!
Posted by mikeandthemouse at 4:25 PM