For many guests, a visit to a Disney Park wouldn’t be complete without catching a parade. Whether it’s the thrill of seeing which Disney character comes up next, or that moment when your favorite character waves right at you, there’s just something magical about a Disney parade. 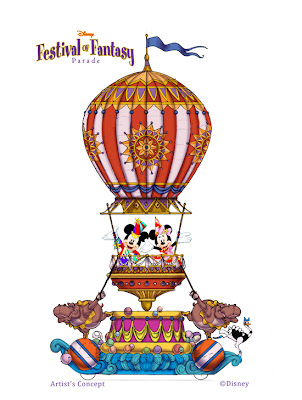 Today, we’re happy to share that a new procession, the Disney Festival of Fantasy Parade, will march into Magic Kingdom Park in spring 2014. 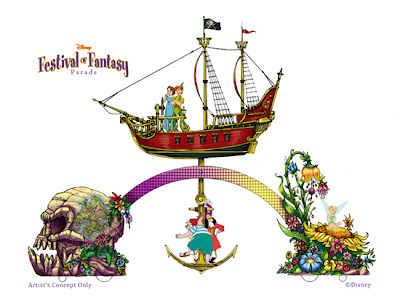 The Disney Festival of Fantasy Parade will bring a celebration of New Fantasyland to Main Street, U.S.A., through fantastic and innovative new parade floats, vibrant costumes, and an original soundtrack that will feature beloved songs from favorite Disney films, plus a parade theme song. 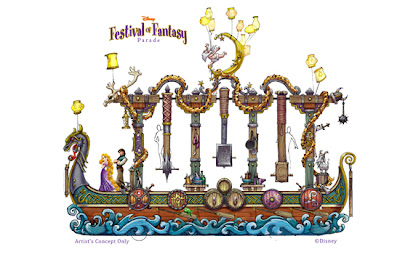 This parade will specifically highlight the stories of “The Little Mermaid,” “Sleeping Beauty,” “Dumbo,” “Pinocchio,” “Peter Pan,” “Tangled” and the Disney/Pixar film “Brave” among others. (Check out a sneak peek of the “Tangled”-themed float above).
Posted by mikeandthemouse at 9:14 AM