Disney has just announced the next Limited Time Magic event at Walt Disney World, and it's a treat for fans of fairies.

April 15 to April 21, 2013 - It's Fairies Week at Walt Disney World Resort in Florida, and Tinker Bell's coming in for a landing. And wouldn't you know it, some fellow Disney Fairies are flying in for the occasion too! Head over to Tinker Bell's Magical Nook, where Tink will be joined by a few friends making surprise appearances. You could meet Iridessa, Rosetta, Silvermist, Fawn, Vidia… maybe even Terence, the Pixie Dust-keeper himself! 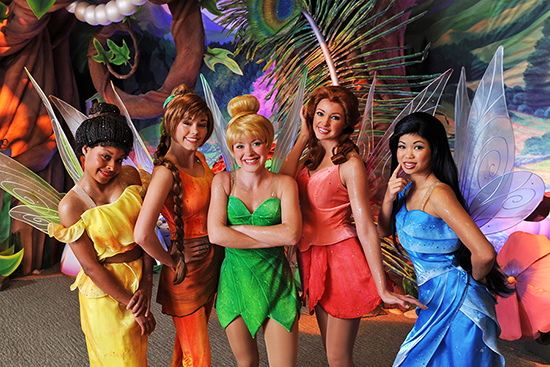 Posted by mikeandthemouse at 12:21 PM