"Glow with the Show" Ears Ready to Debut! 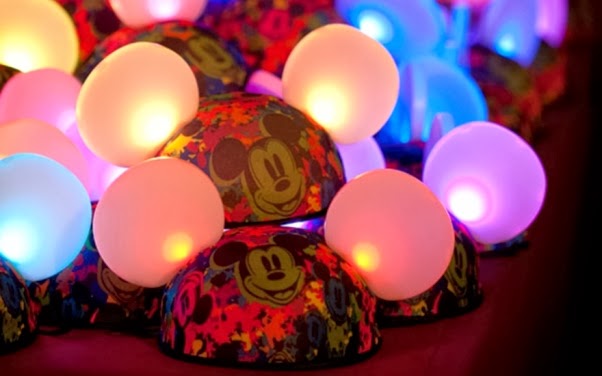 Get ready! The "Glow with the Show" Ears are coming to the Walt Disney World Resort!

These INCREDIBLE color-changing Mickey Ear Hats will interact with shows and experiences at various Disney Parks here in Florida and will make their Walt Disney World debut with Fantasmic! on October 15, 2013 – that is also the same as the nighttime spectacular’s 15th anniversary at Disney’s Hollywood Studios.

Guests can purchase the “Glow with the Show” Ear Hats for $25 each, at the following locations:


“Glow with the Show” Ears will also be coming to Magic Kingdom Park starting October 19, 2013  - (I think as a personal birthday present to ME) and they will interact with both "Wishes" and "Celebrate the Magic." They will be sold at these locations:


The "Glow with the Show" ears have three different modes of operation that automatically occur:

Posted by mikeandthemouse at 7:48 PM