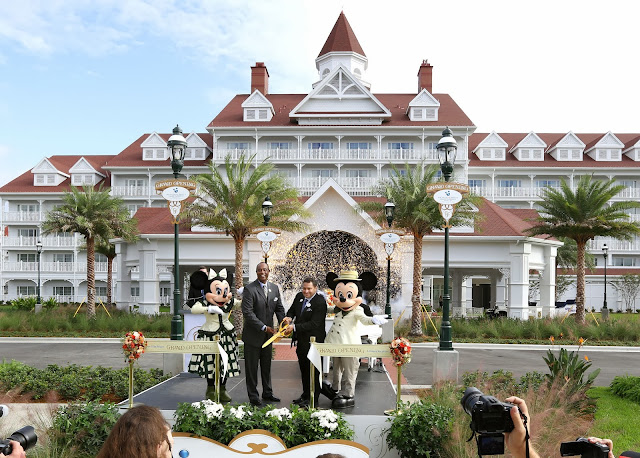 Disney Vacation Club welcomes its 12th resort to its portfolio of vacation destinations with the opening of The Villas at Disney’s Grand Floridian Resort & Spa, located within walking distance of a monorail ride to Magic Kingdom Park. The resort – reminiscent of the golden age of a bygone Victorian era  - resides alongside the picturesque shores of Seven Seas Lagoon, steps away from the myriad world-class dining and recreation offerings available at Disney’s Grand Floridian Resort & Spa, the flagship Walt Disney World resort experience.

The new resort features a variety of villa accommodations that sleep anywhere from five to nine guests, all designed to bring families closer and create memories that last a lifetime. The resort is the first Disney Vacation Club property to feature deluxe studios that sleep up to five guests.  Additionally, expansive grand villas sleep 12 guests and feature multiple bedrooms and bathrooms, as well as a media room with a home theater system.

“The Villas at Disney’s Grand Floridian Resort & Spa is yet another example of how we are listening and responding to our members,” said Ken Potrock, senior vice president and general manager, Disney Vacation Club. “The resort builds on the continuing momentum to provide our members with ever-greater choices and experiences.”

Inside one-bedroom and larger villas, an intricate level of finishes brings the 21st century to Victorian design, including custom Disney artwork adorning the walls of each bedroom; ornate bathrooms hosting mosaic marble tile and a mirror with a built-in television; and a walk-in master bath shower and a freestanding Victorian-style tub with air-bubble jets. The living area spares no details when it comes to comfort and flexibility, with a pull-down bed featuring artwork inspired by Walt Disney’s Dumbo and Mary Poppins.

Disney’s Grand Floridian Resort & Spa covers approximately 40 acres and has provided premium entertainment, recreation and dining since its ribbon-cutting ceremony in 1988. From its musicians entertaining daily in the lobby and delectable dining options (including the Supercalifragilistic Breakfast, Garden View Tea Room, Cinderella’s Happily Ever After Dinner, Citricos, the AAA Five Diamond award-winning Victoria & Albert’s, among many more) to its recreational opportunities such as watercraft rentals, white-sand beach, pirate adventure cruises and the rejuvenating Senses – A Disney Spa, Disney’s Grand Floridian Resort & Spa is known as the crown jewel of the Walt Disney World Resort hotels. Additionally, the second floor of the resort leads to the monorail platform, which can whisk guests to Magic Kingdom within minutes.

Disney Vacation Club, a leader in vacation ownership, debuted in 1991 with a flexible, vacation points-based system rather than the traditional fixed-week timeshare model. Today, Disney Vacation Club is approaching a total of 200,000 member families, from all 50 states and approximately 100 countries, who have discovered the joys of membership. 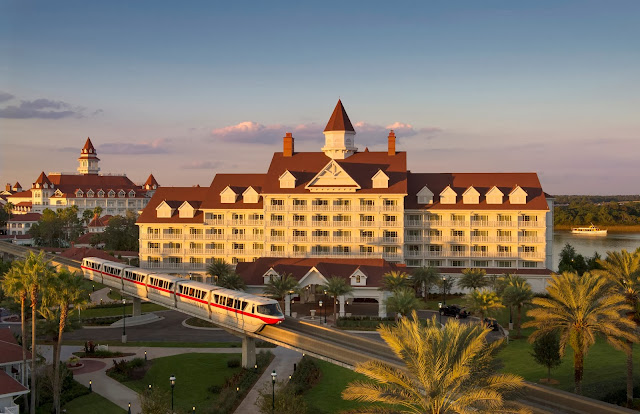 ABOUT WALT DISNEY PARKS AND RESORTS

Posted by mikeandthemouse at 1:31 PM