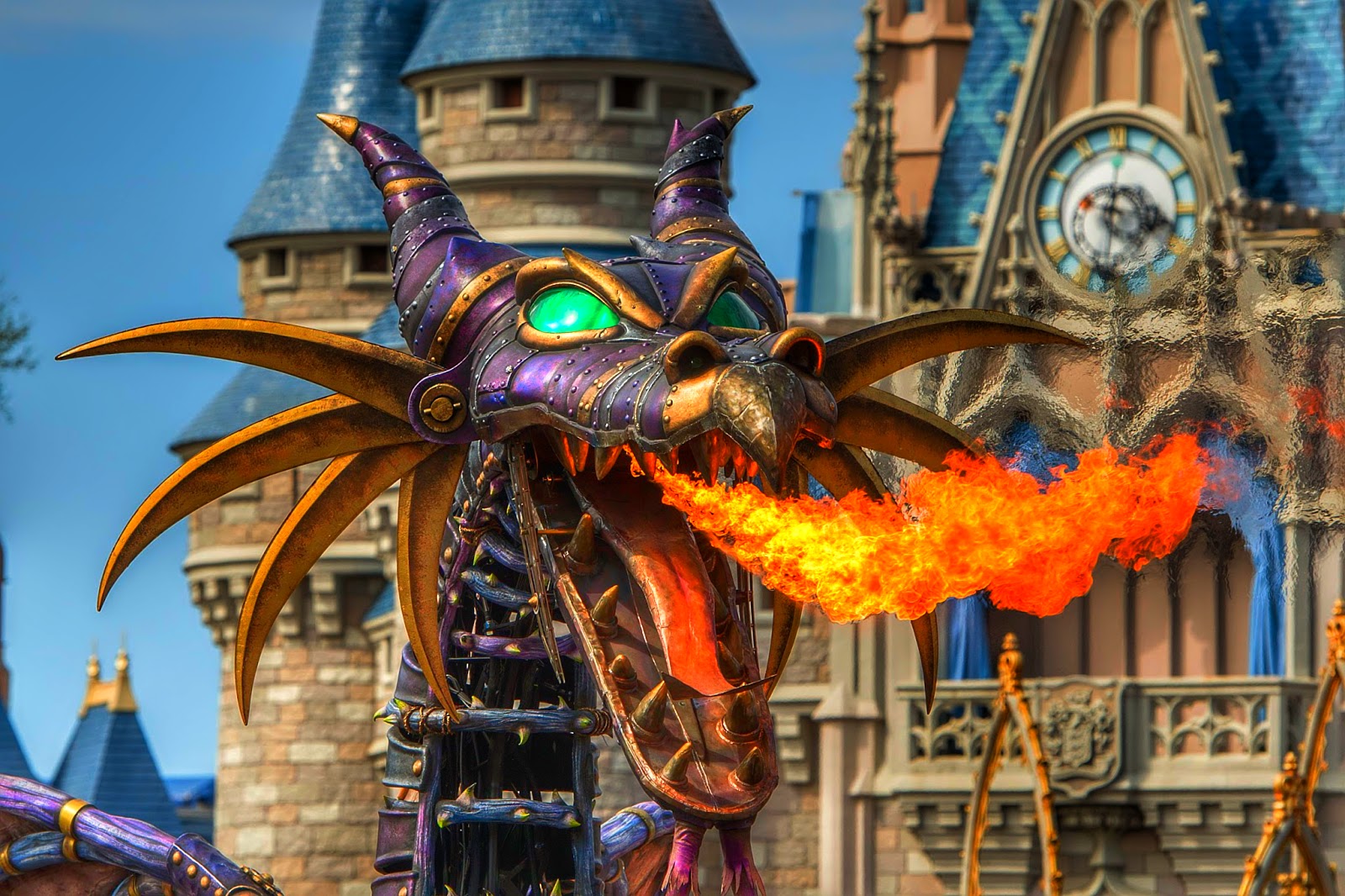 Enchanting stories and characters from Fantasyland come to life for Magic Kingdom guests in a new, daily spectacular – Disney Festival of Fantasy Parade.

The parade, which began Sunday, March 9, is already thrilling park guests with eye-filling scenes: a fire-breathing dragon, a pirate ship with smoking cannons, a music box that’s a seashell, sassy Bubble Girls with cotton-candy hair, a mega-sized bagpipe, and more.

Disney Festival of Fantasy parade is the first of a new generation of parades for Disney Parks featuring never-before-used technology on eye-popping floats adorned with Disney characters from more than a dozen fairytales. Set to an all-new musical score, the dazzling parade floats will soar up to three stories tall with spirited performers donning dramatic costumes crafted at ten different design houses across the country.

“The parade celebrates and pays homage to what the Magic Kingdom is all about,” said Randy Wojcik, senior show director Walt Disney Parks and Resorts, Creative Entertainment. “It has the most beautiful floats, enchanting characters, vibrant costumes that come to life; and the choreography is just glorious. Yet, it is also very kinetic, relevant and powerful on a scale never seen before at Walt Disney World.”

Seven unique units comprised of nine spectacular floats will march down Main Street, U.S.A to the beat of an original soundtrack inspired by favorite Disney films, composed by Mark Hammond, known for his work on World of Color at Disney California Adventure and the Flights of Fantasy parade at Hong Kong Disneyland. The parade has its own voice with a theme song customized for each float followed by a medley of songs woven throughout the cavalcade.

The Princess Garden – This pageantry of princesses celebrates Disney royalty. Cinderella, Tiana and Belle accompanied by their respective princes, ride in a garden of topiaries with woodland creatures, birds and more. Cinderella’s dress playfully twirls like a turntable, while Swan Court couples lead the 50-foot-long majestic float, capped off with a special appearance by Anna and Elsa from Disney’s hit animated feature, “Frozen.”

Tangled – A massive long ship on the high seas showcases Flynn Rider and Rapunzel in search of adventure and another Best. Day. Ever! Rapunzel’s iconic tresses weave throughout this 36-foot-long float decked out with swaying pendulums carrying dastardly thugs.

The Little Mermaid – Ariel and her friends sit atop a colorfully kinetic seashell music box that boasts an enchanting musical jubilee. There’s no shortage of whimsy on this Under the Sea float with conga dancing fish kicking up their fins and bubbles galore. Shimmering fabrics and intricately designed costumes for the Lion Fish, Coral Fish, Seashell and Sea Horse performers are runway-inspired.

Brave – Celtic couples and a vessel shaped like an enormous bagpipe announce the arrival of Merida perched high on her majestic crown. Scottish dancers step to melodies of the Great Highlands in celebration of the popular Disney*Pixar film, “Brave.”

Sleeping Beauty – The heroic Prince Phillip battles a Steampunk-inspired Dragon as the wicked Maleficent. This float stretches 53 feet in length and 26 feet tall with a prickly spinning wheel dead center of the float. With fiery eyes and glowing effects the spectacular dragon was built on an articulating chassis allowing the float to bend and flex as it moves along the parade route – a first for Disney parades. This float was designed in a partnership with Tony Award-winner Michael Curry. There’s Prince Phillip, thorn-inspired stilt performers, dramatic raven dancers, plus the three good fairies, Flora, Fauna and Merryweather glide along the parade route. 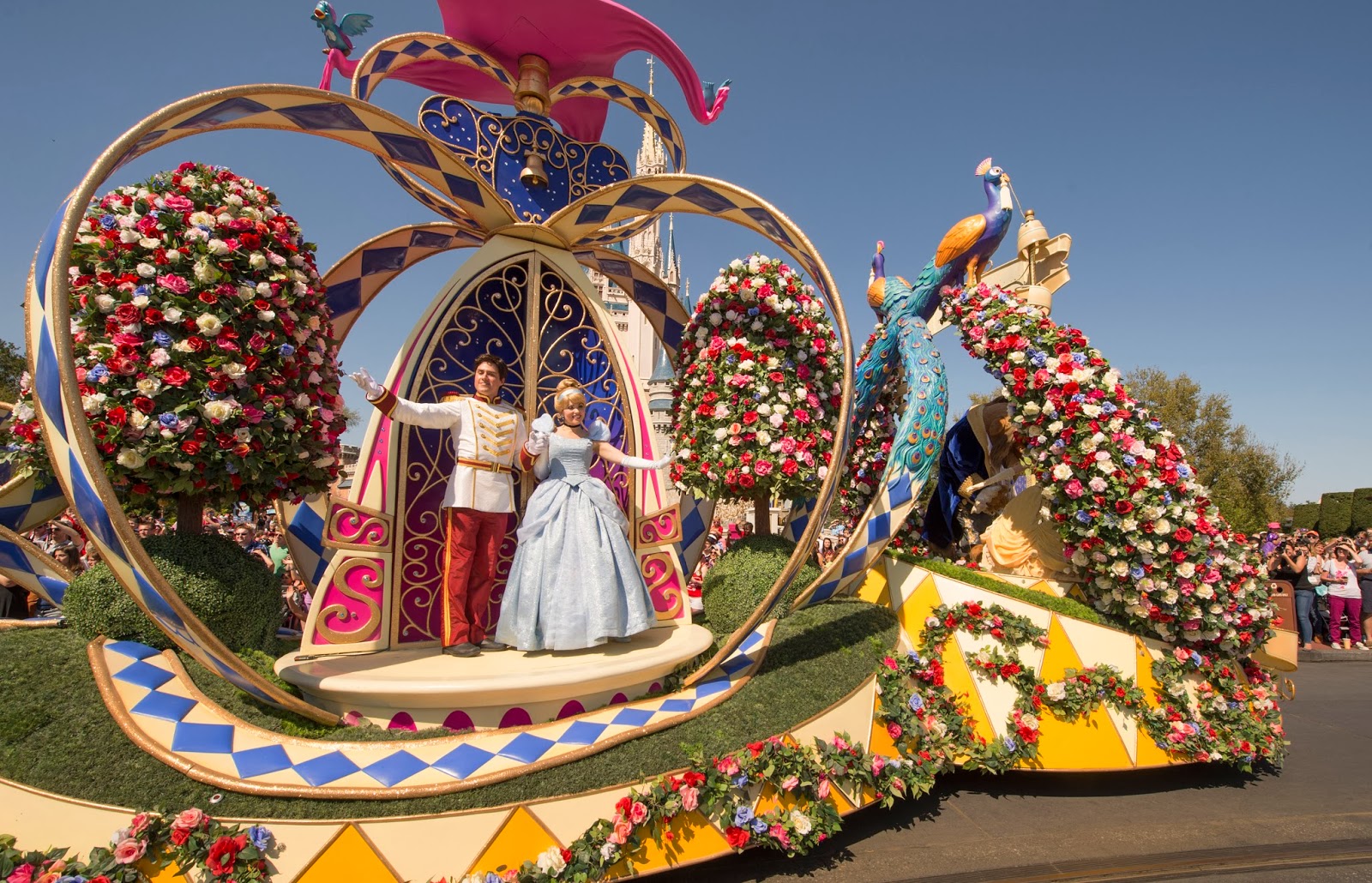 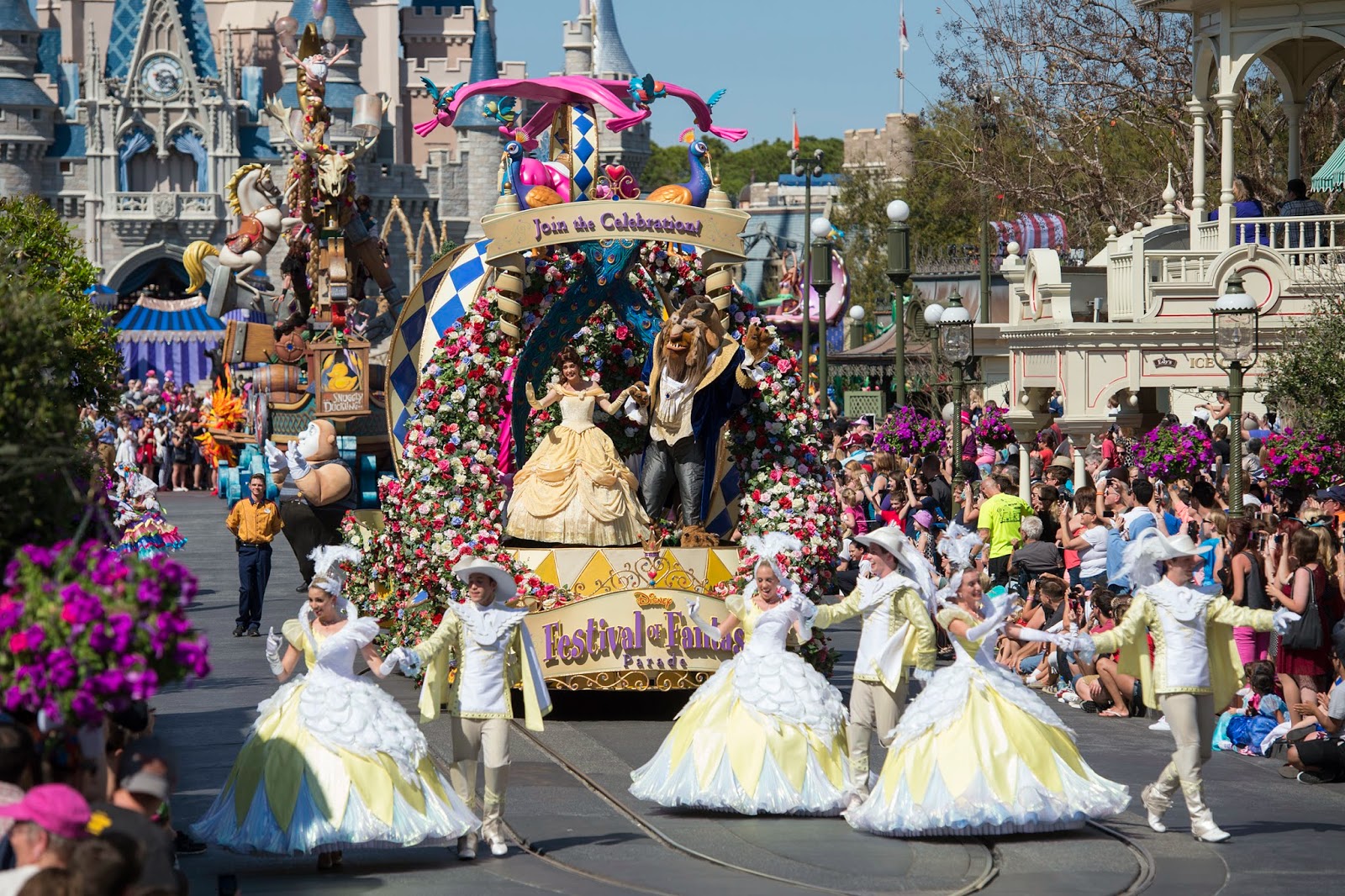 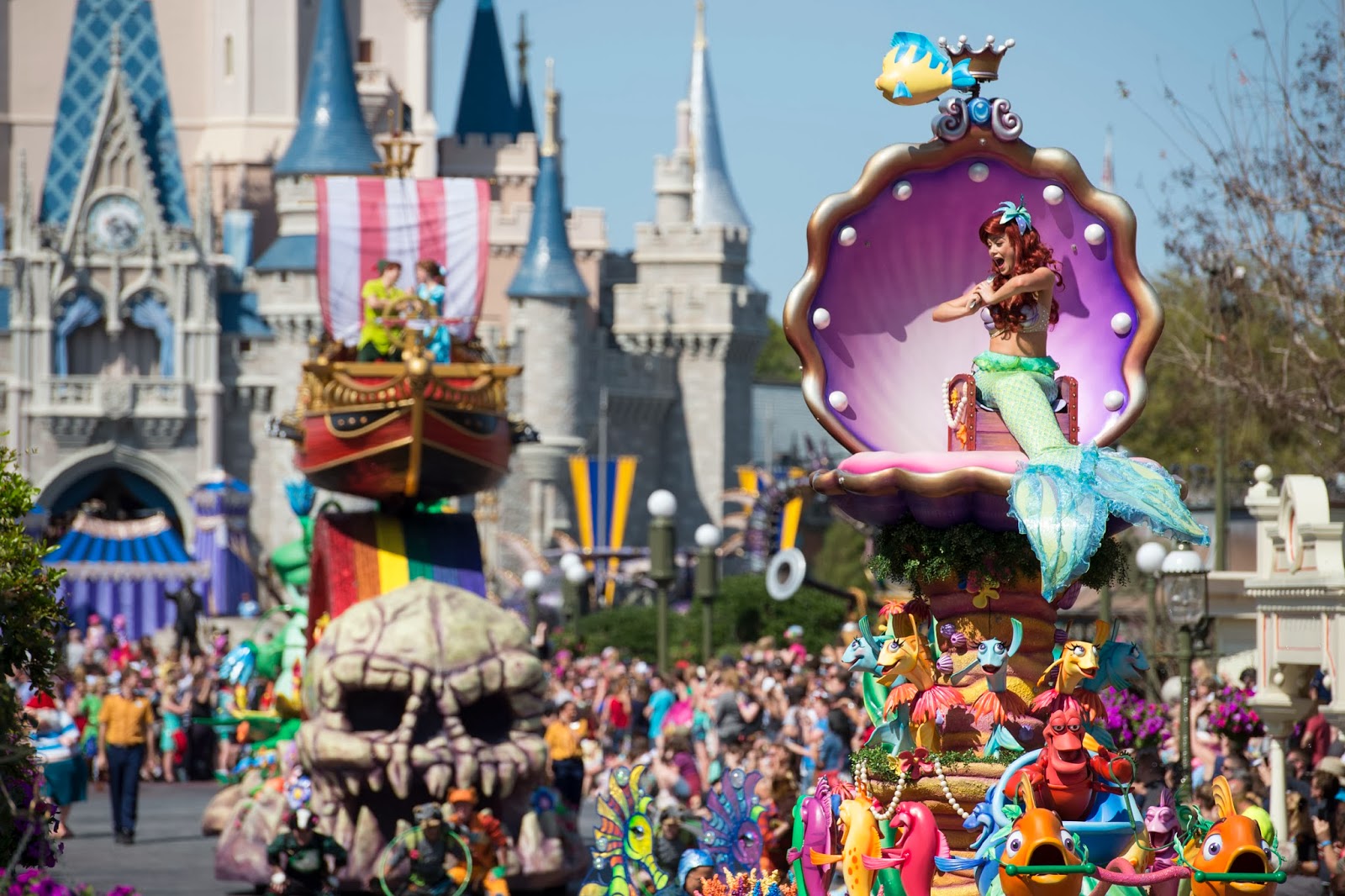 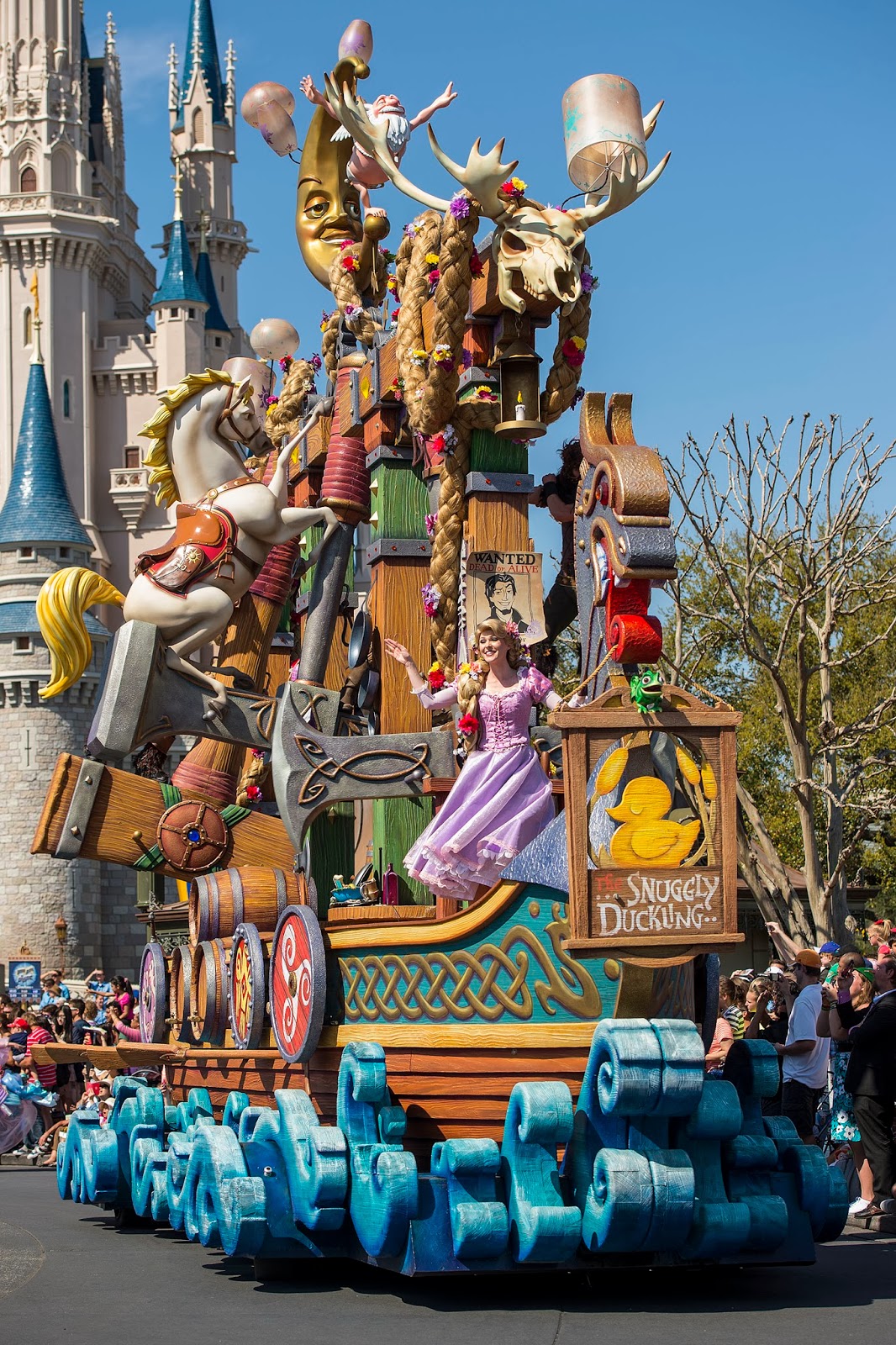 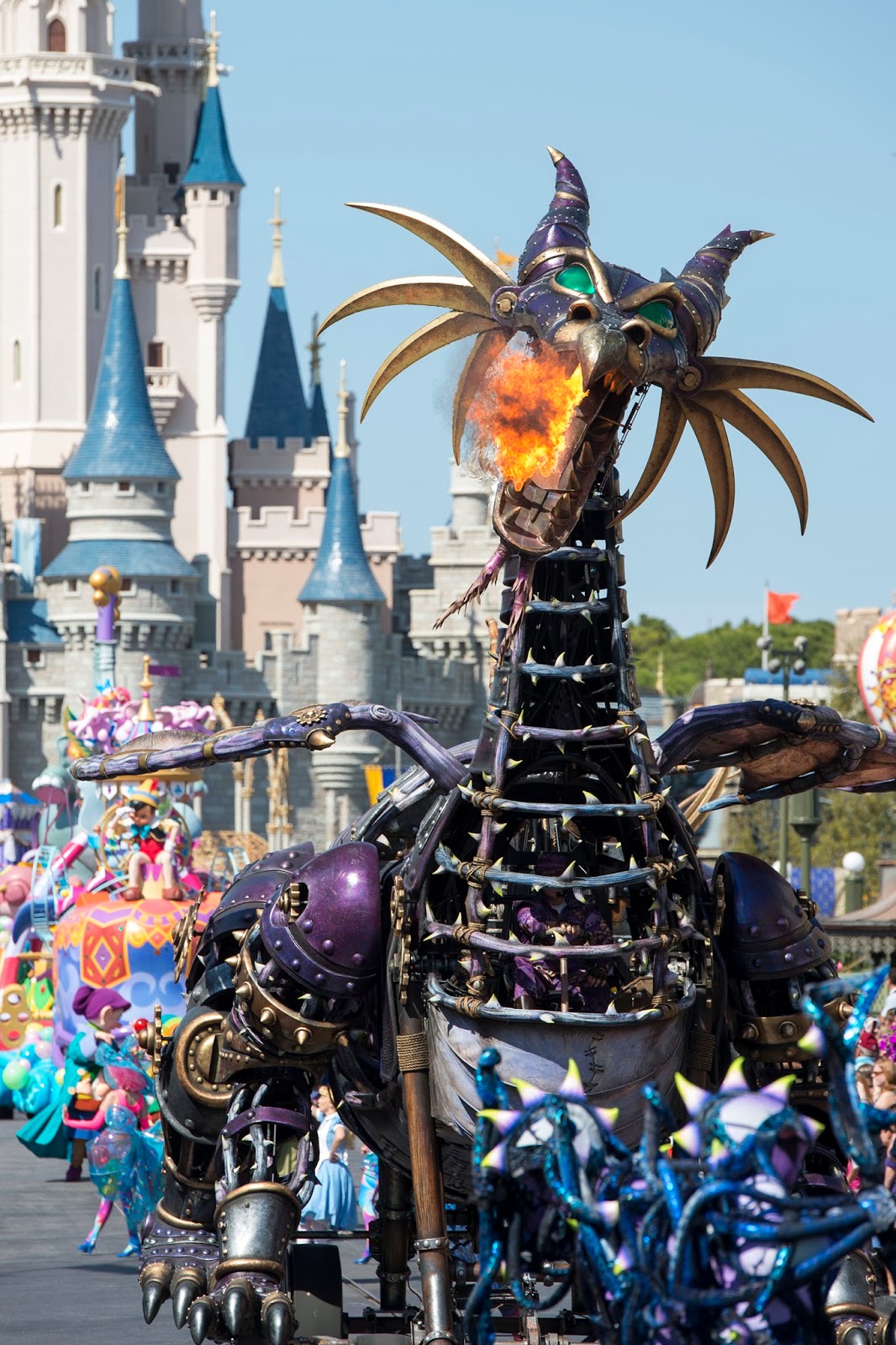 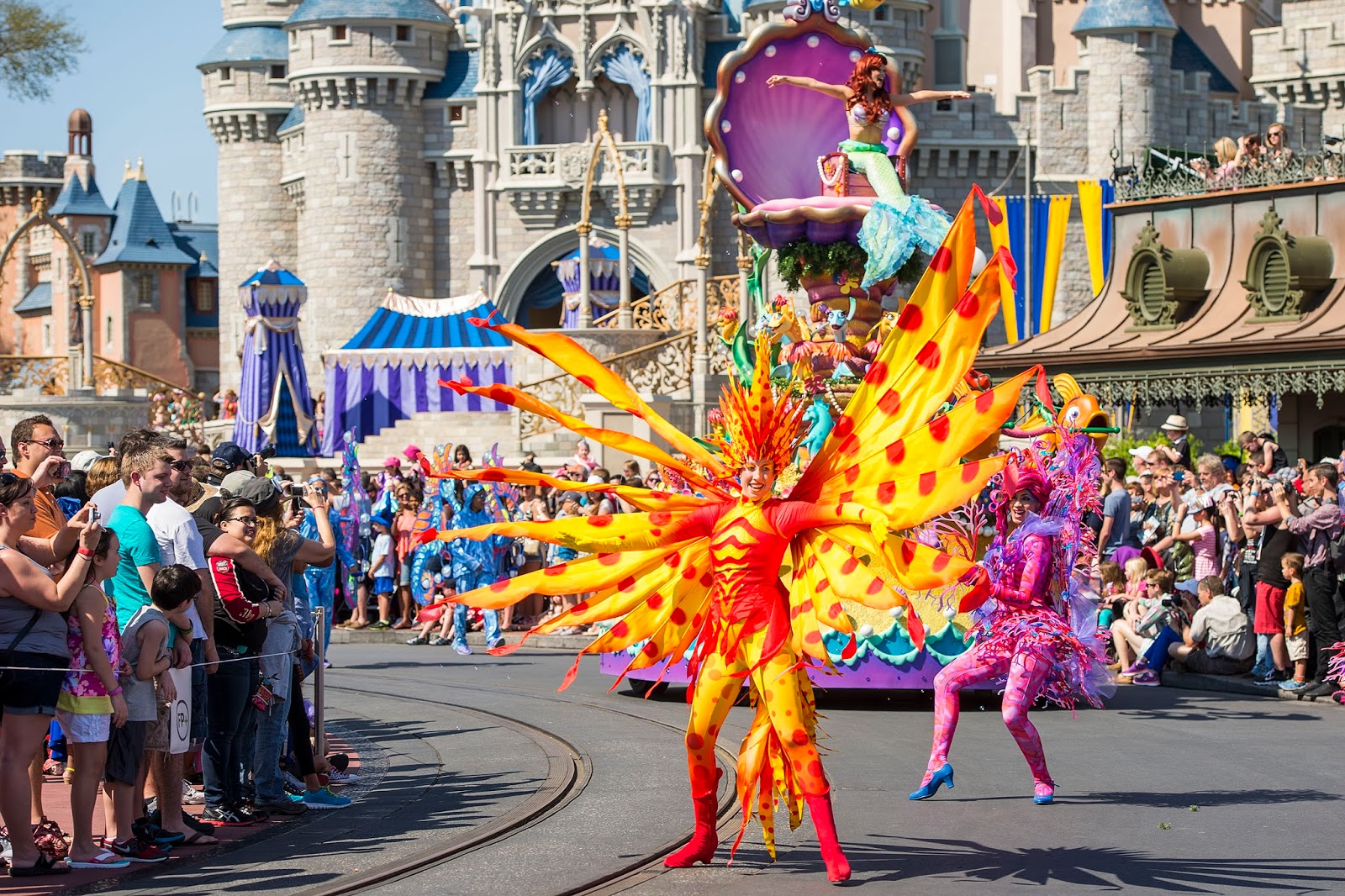 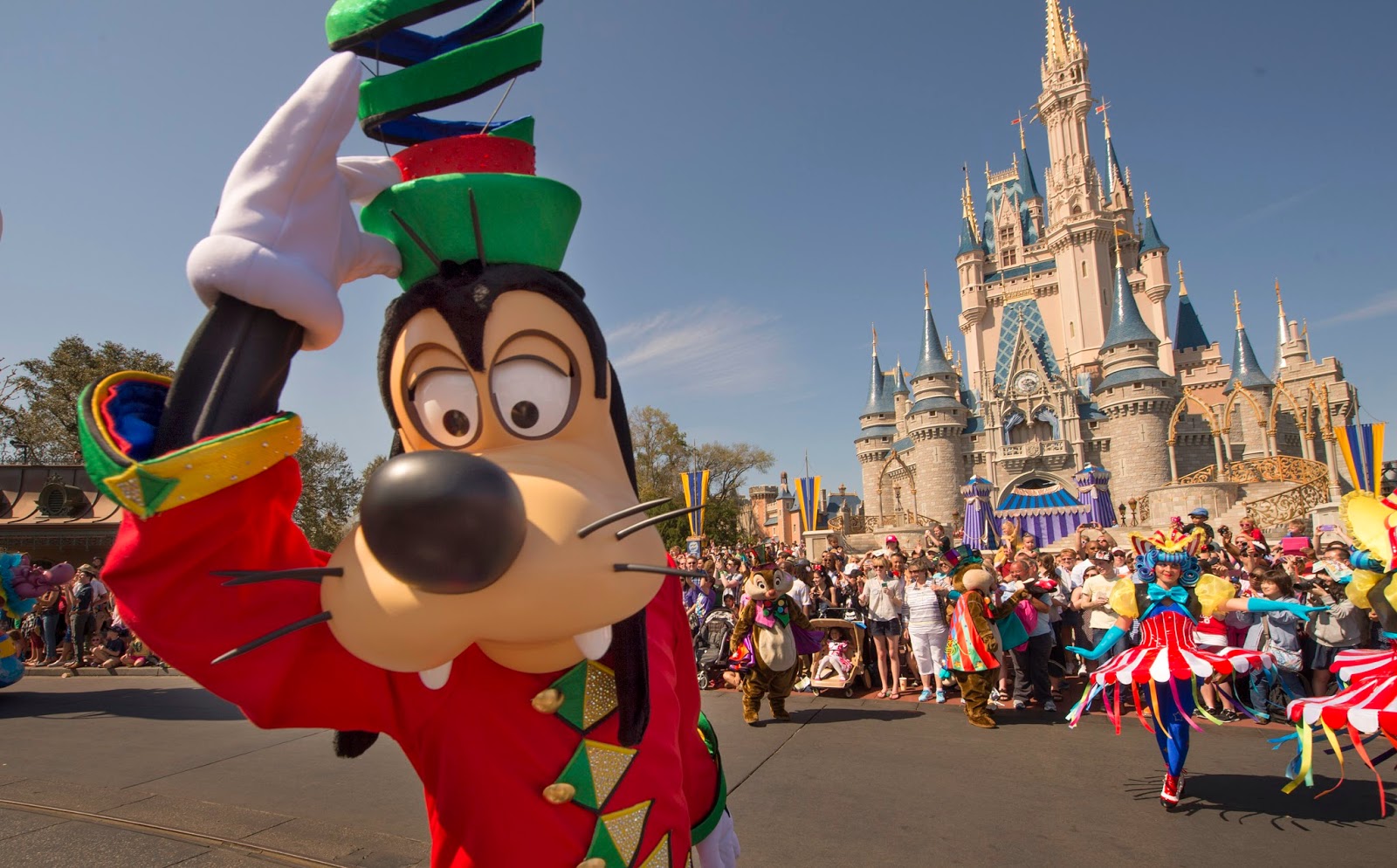 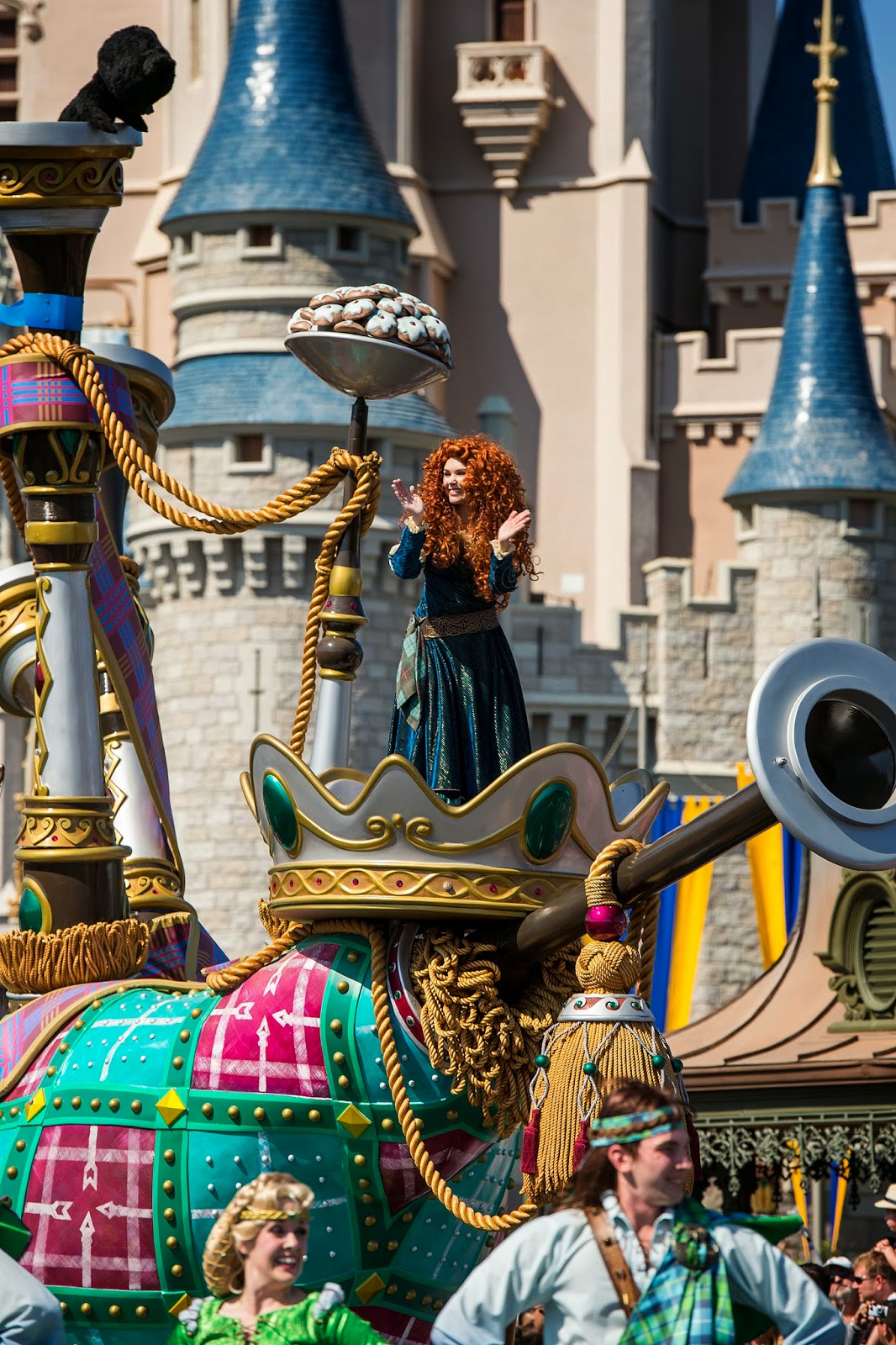 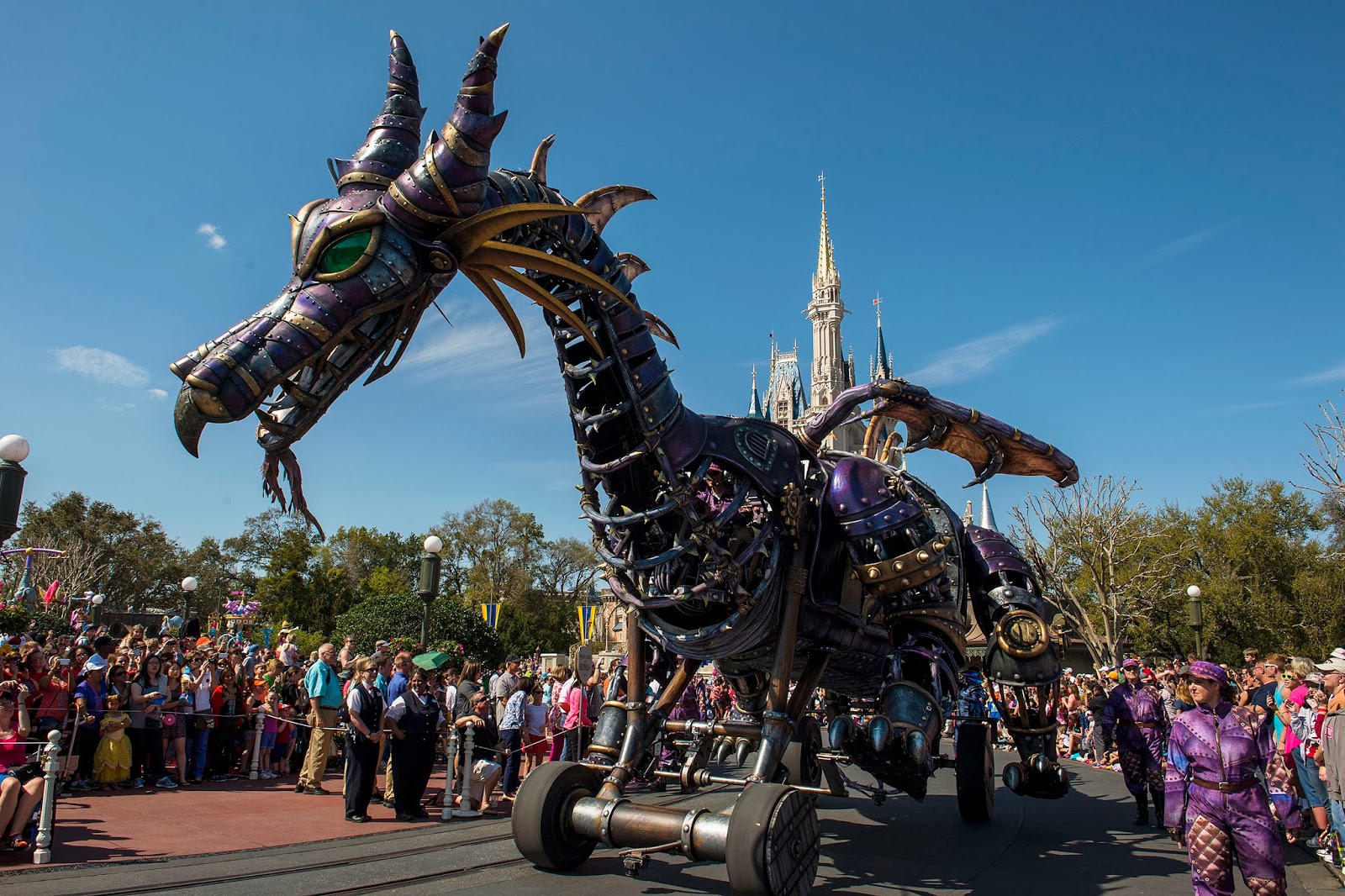 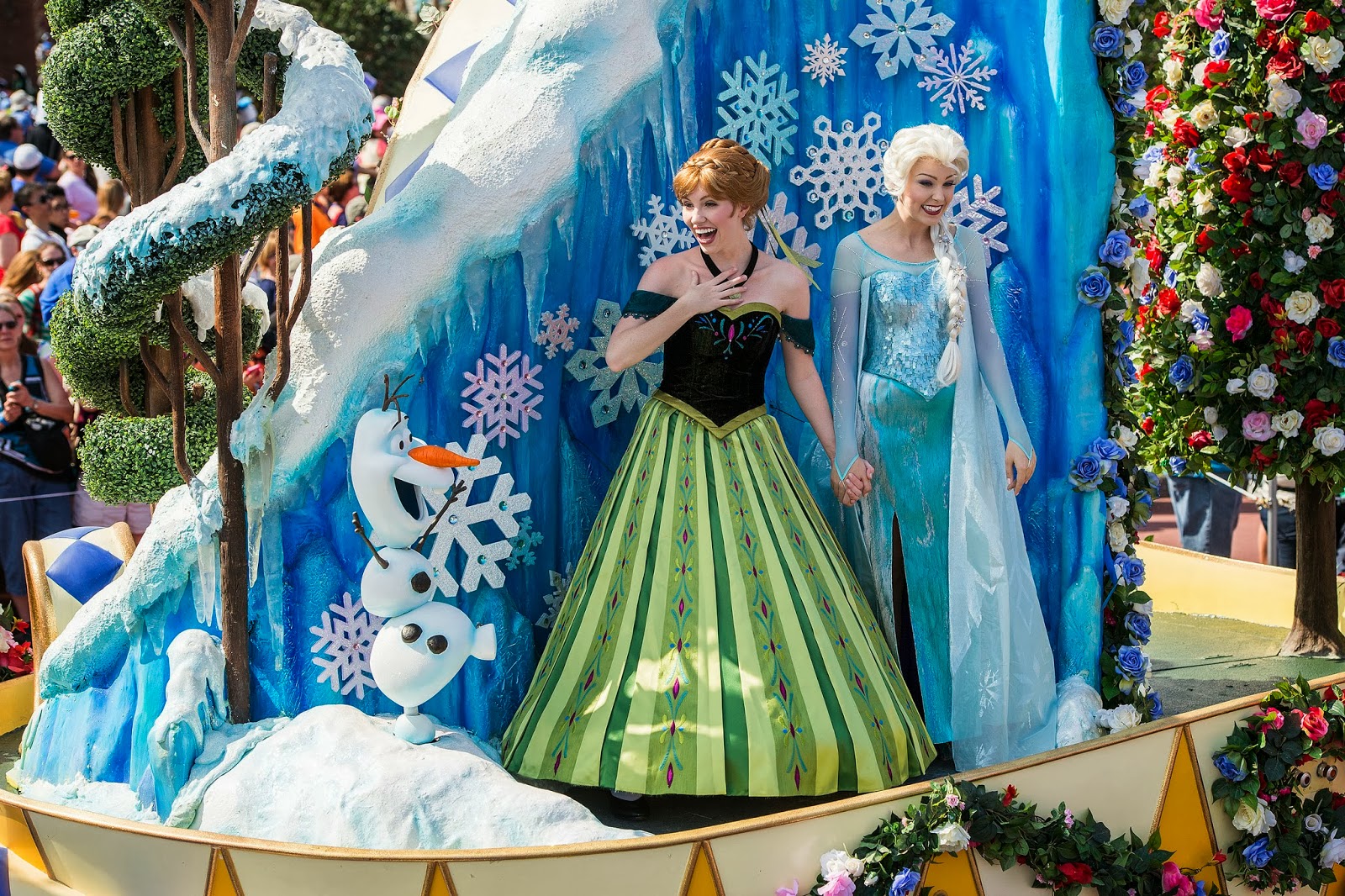 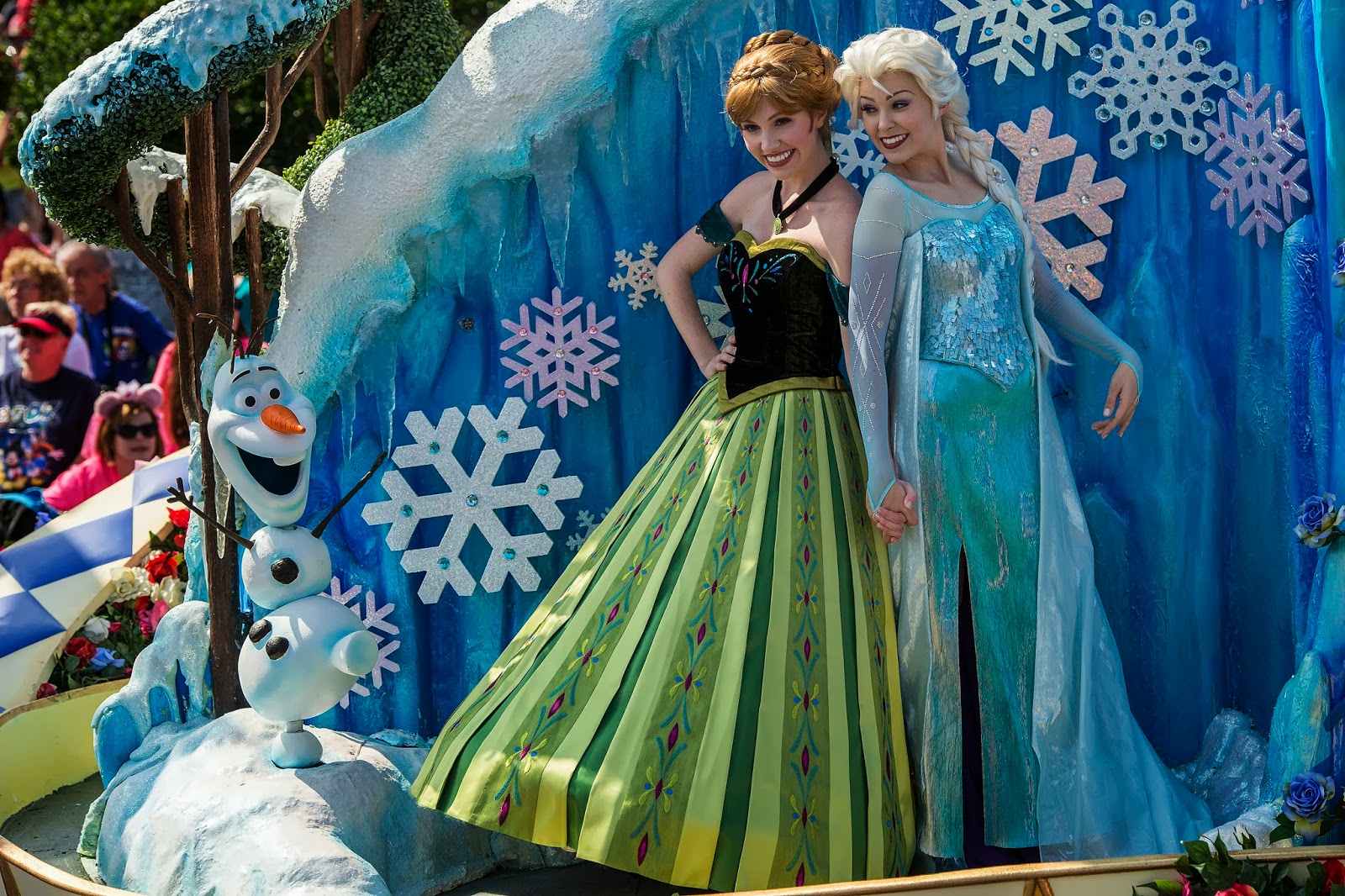 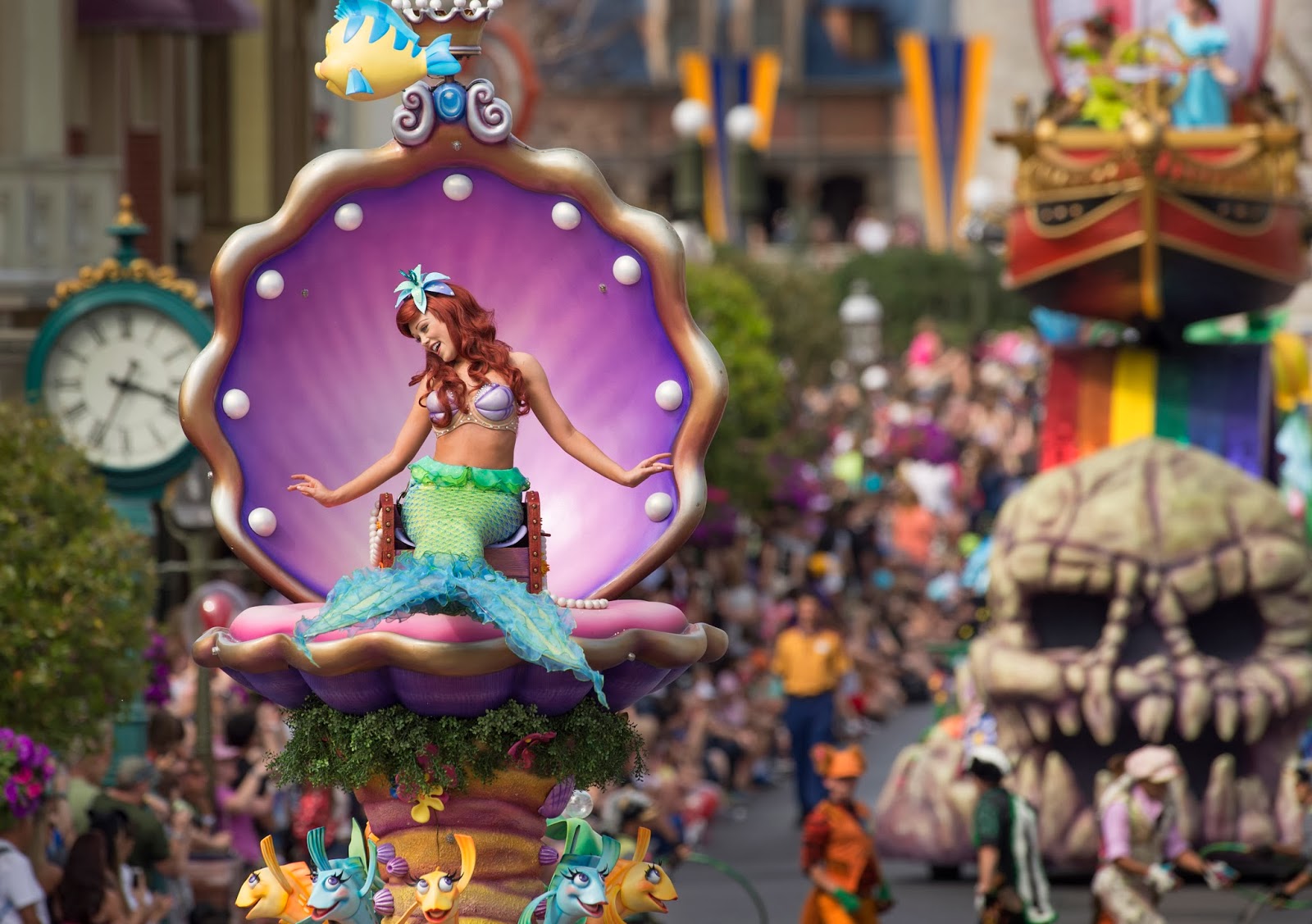 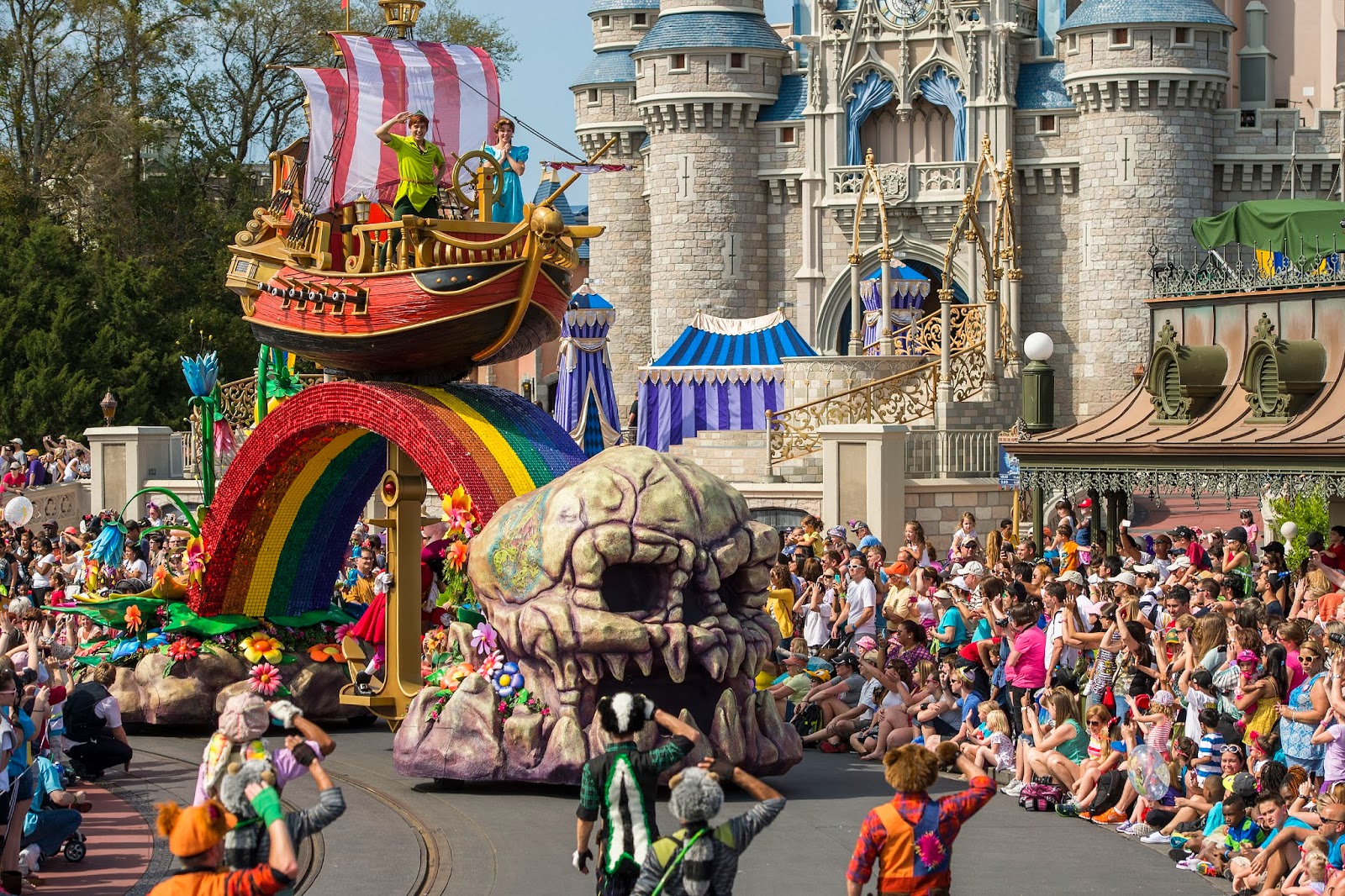 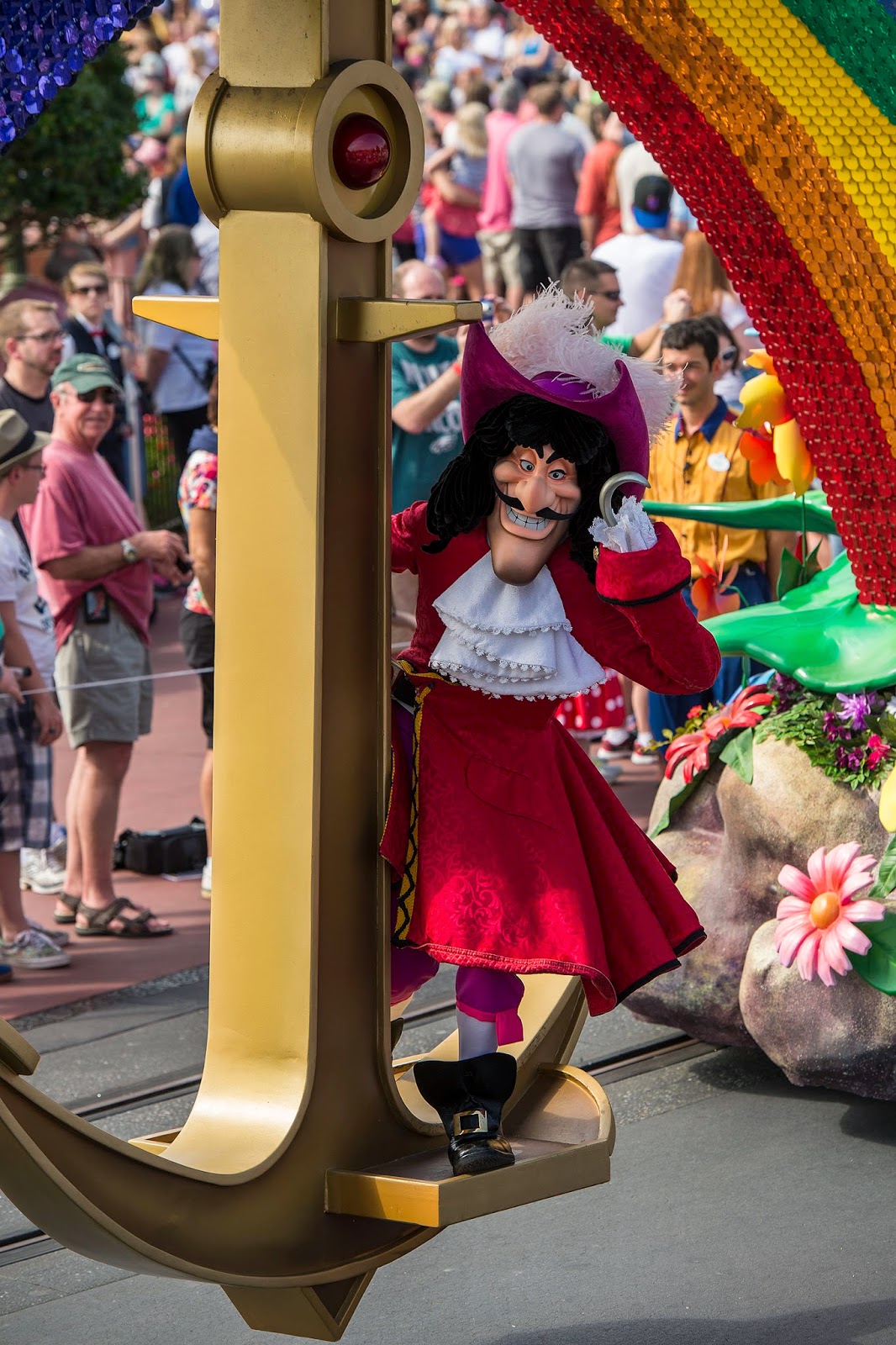 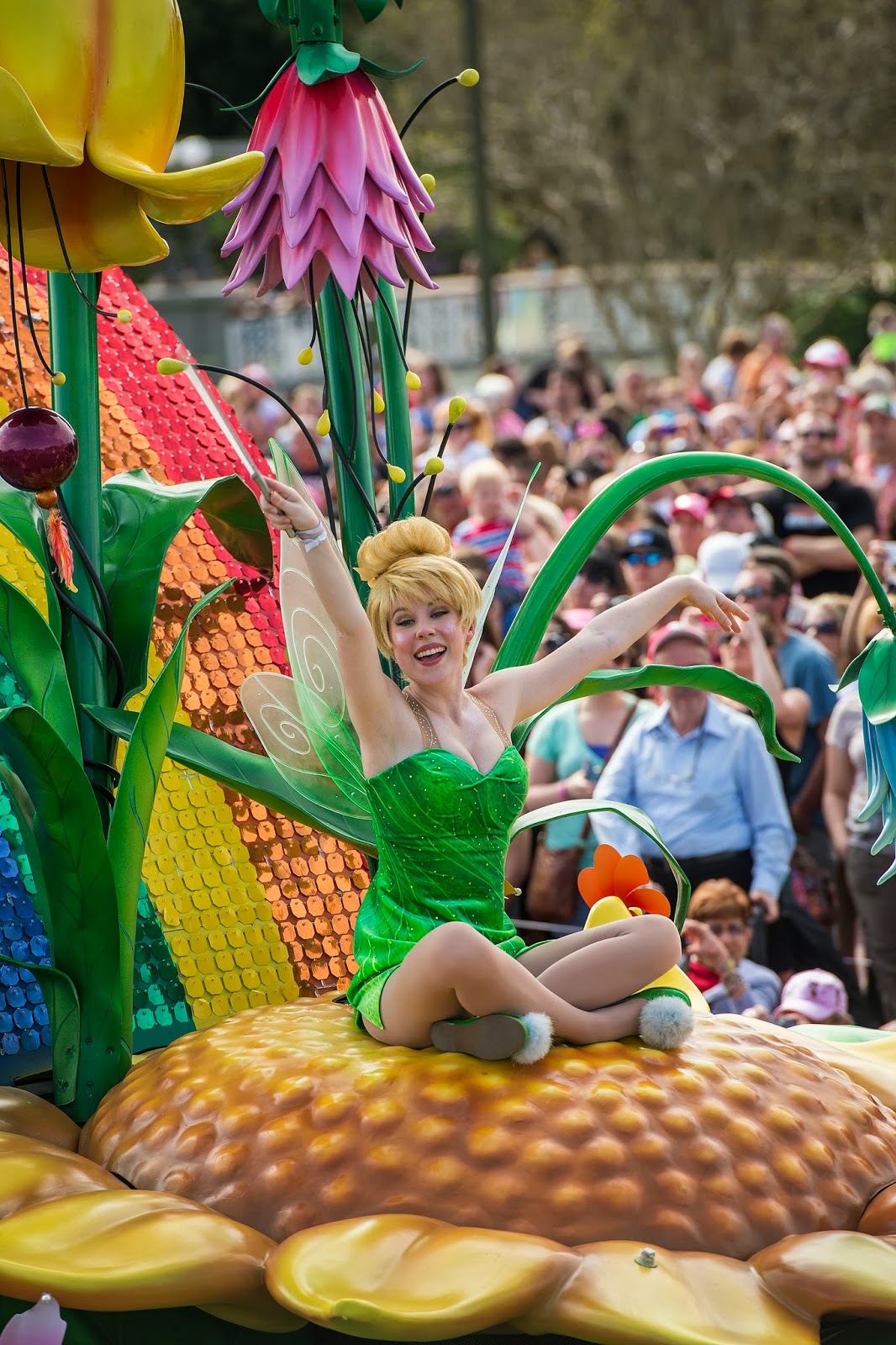 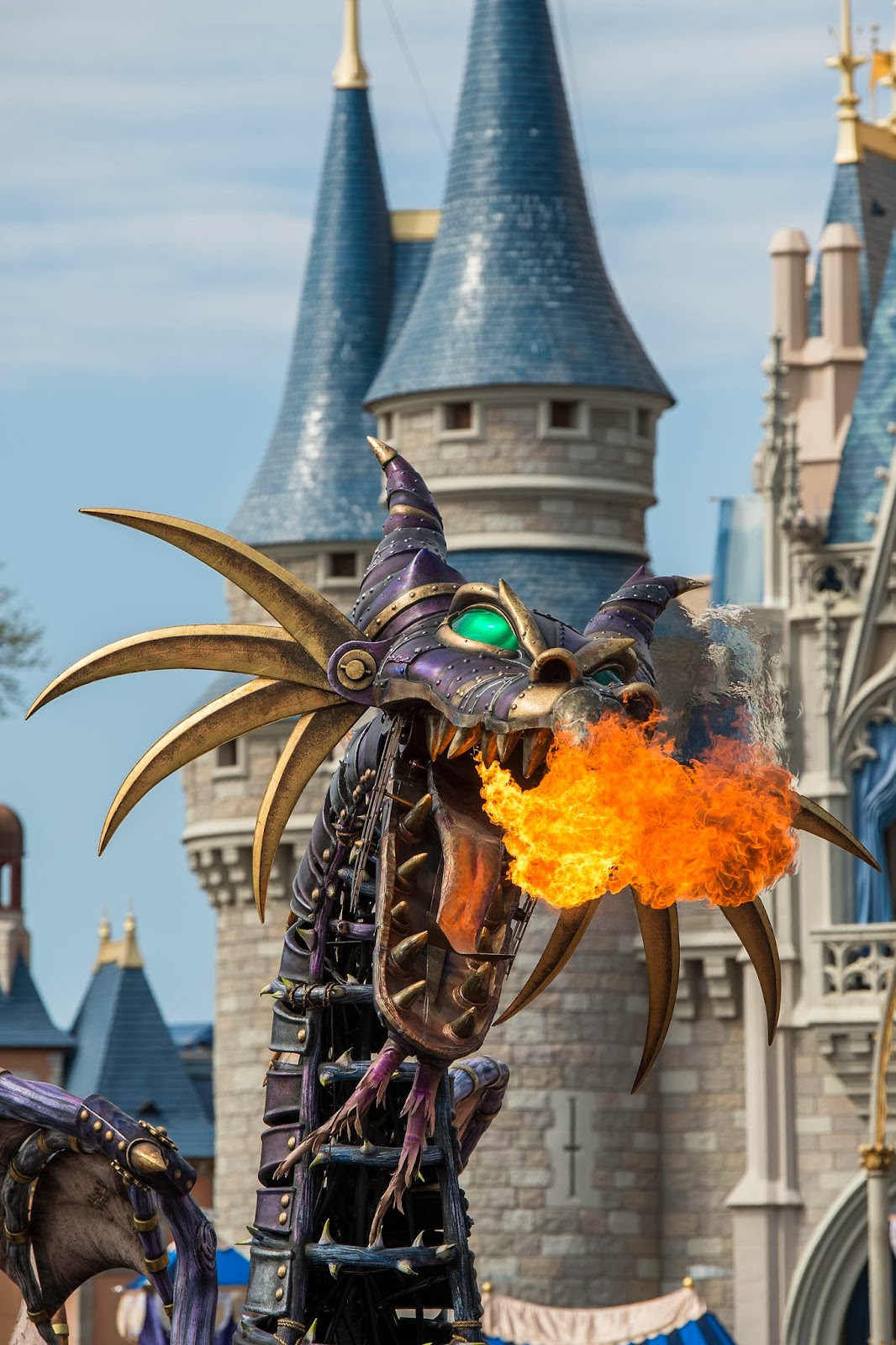 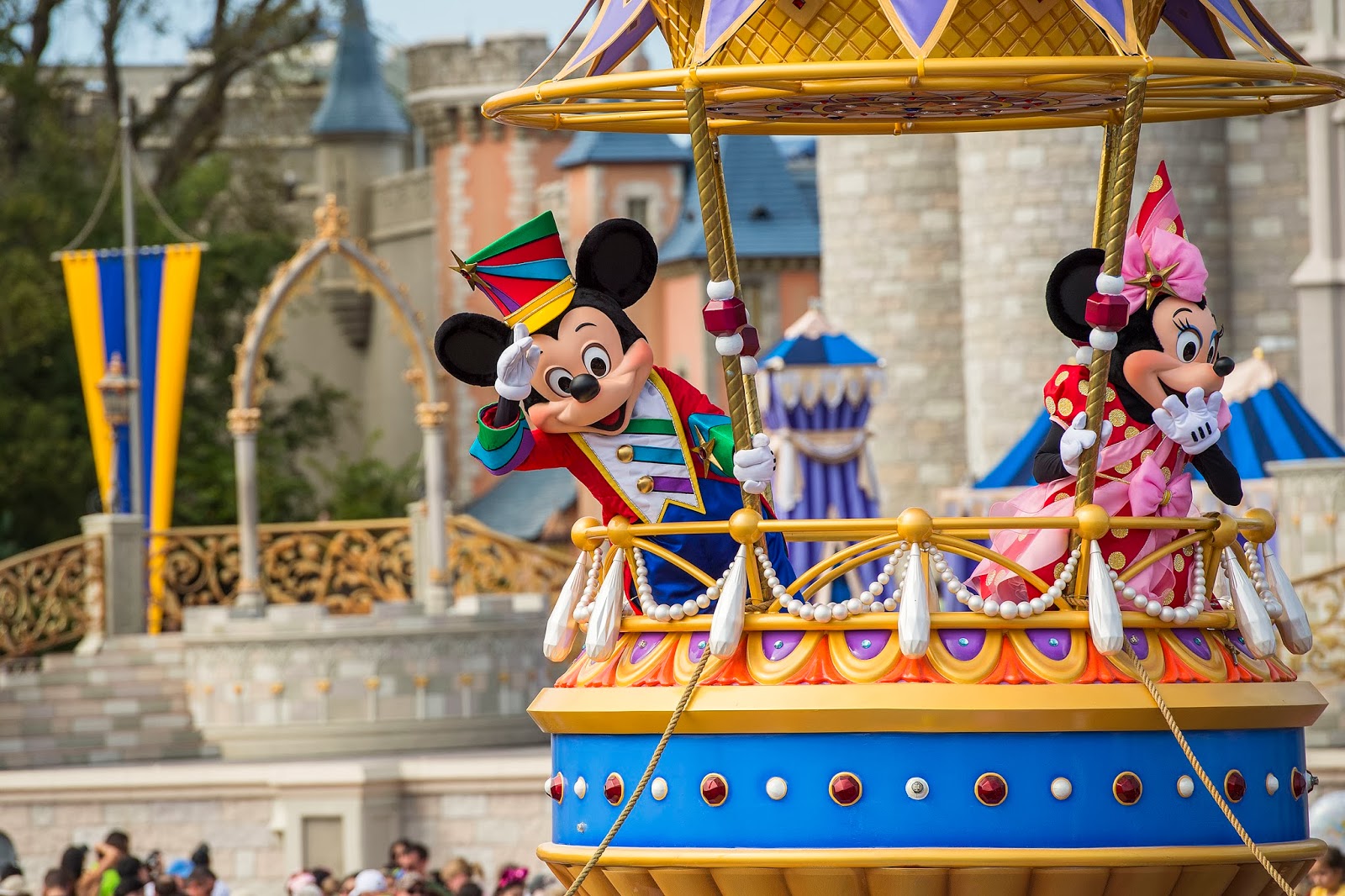 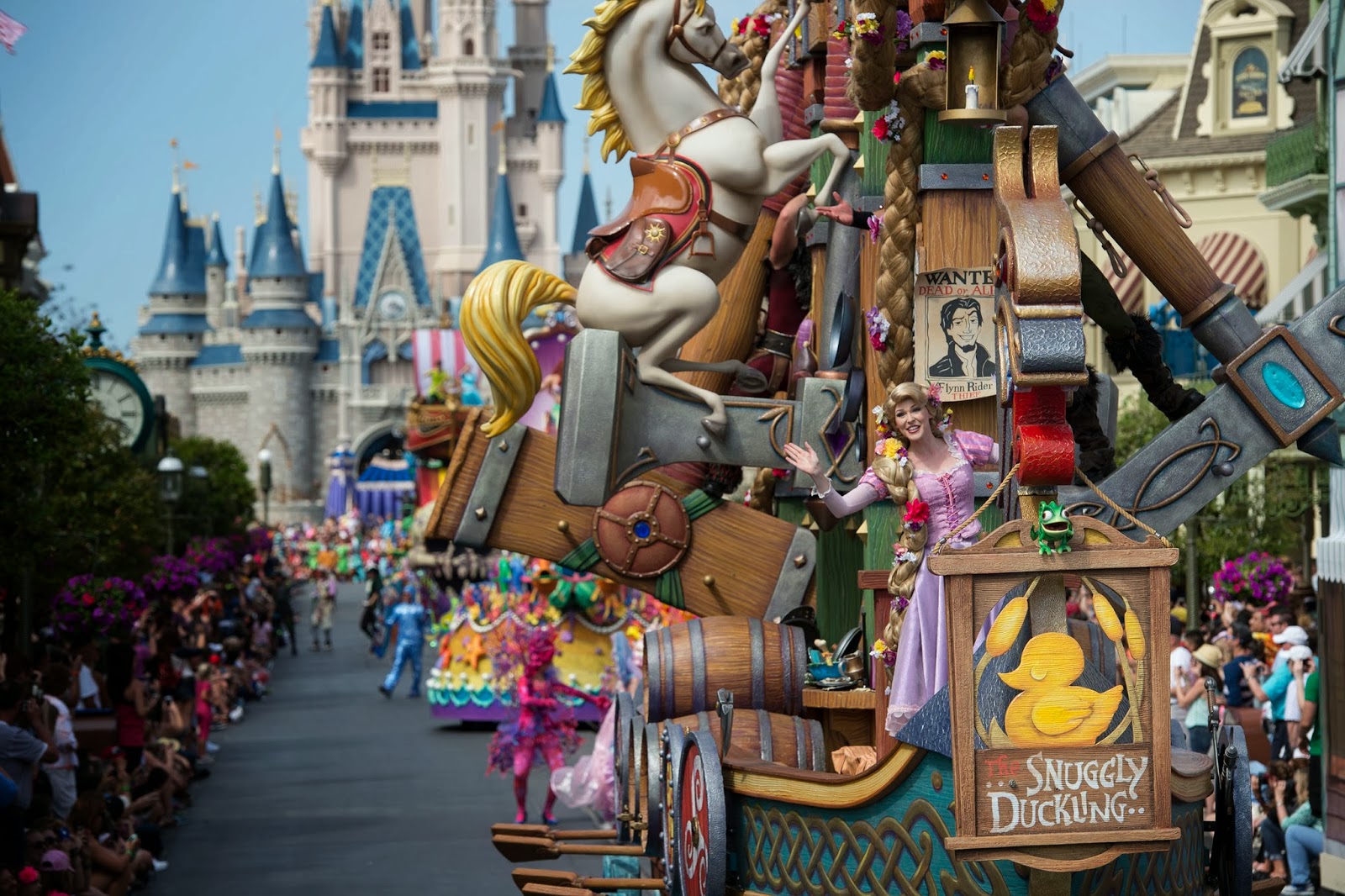 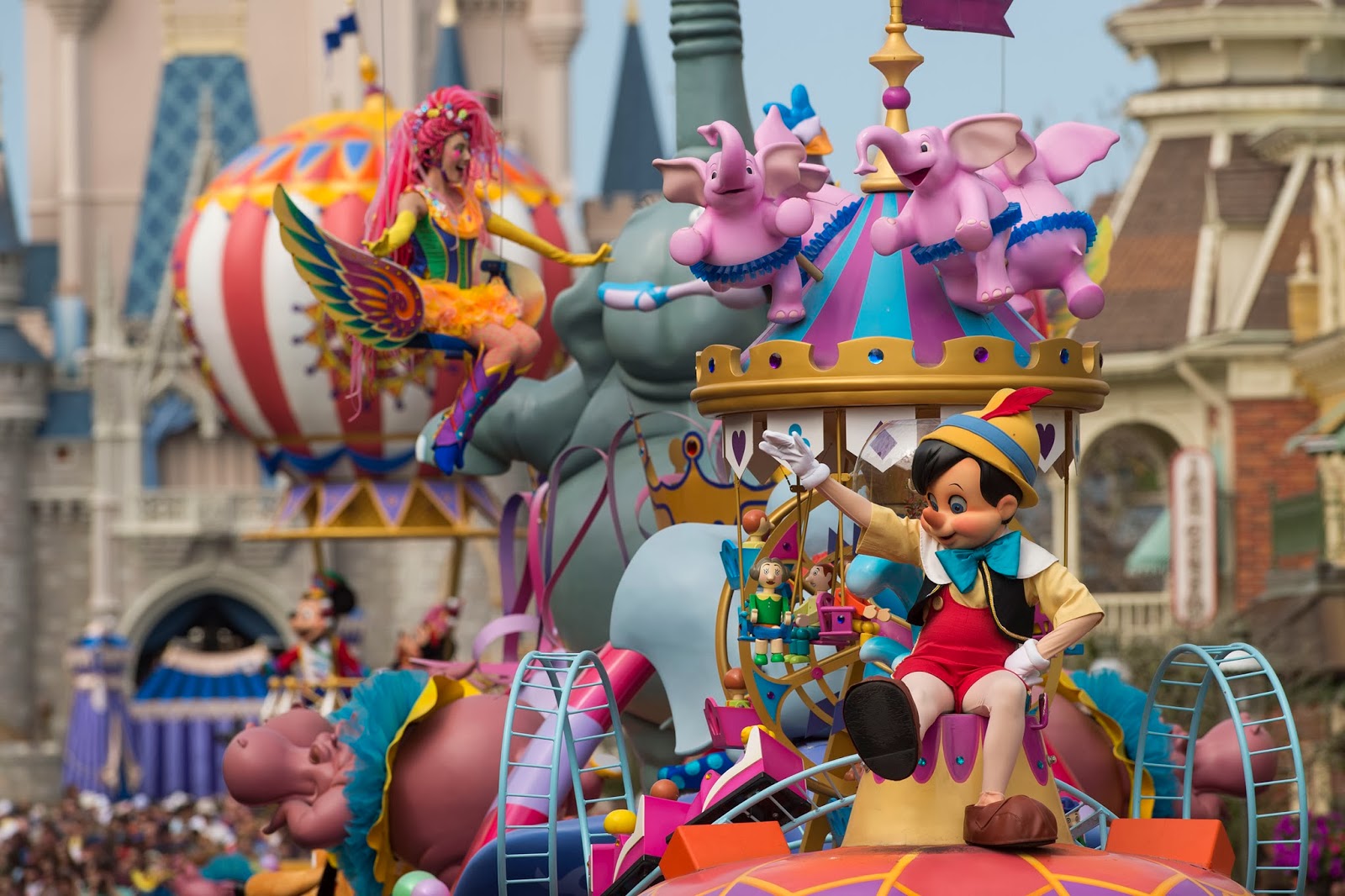 All photos are copyright Walt Disney World Company
Posted by mikeandthemouse at 1:41 PM