Walt Disney World Resort guests have plenty of ways to show their Disney Side this summer — a bi-coastal all-night party, expanded Star Wars Weekends offerings, special events and new openings are just a few of the new things happening around the “World” this summer. Sizzling with excitement from June to August, festivities include:

Disney Parks guests are invited to show their “Disney Side” and kick off summer during a bi-coastal, all-night extravaganza — “Rock Your Disney Side: 24-Hours.” Taking place this Memorial Day Weekend, known as the traditional start of the family travel season, the event at Walt Disney World Resort in Florida and Disneyland Resort in California features select parks for 24 hours nonstop.

Magic Kingdom in Florida and Disneyland Park and Disney California Adventure in California will be filled with great Disney heroes and villains from 6 a.m., May 23 to 6 a.m., May 24, 2014, local time** marking the beginning of a summer of fun at Disney Parks. The celebration on both coasts will feature a cavalcade of events showcasing the good-vs.-evil of classic Disney stories including character meet-and-greets throughout the parks, special entertainment, event merchandise, and food and beverage offerings. Along with the entertainment guests have grown to love every day, they’ll discover surprise additions and special events throughout the 24 hours.

Mickey Mouse and 139 of his best pals announced the 24-hour party Feb. 28 in their own inimitable style – with a 140-character-strong “Ultimate Tweet,” sending a #DisneySide message to all their fans on social media to come out to the park on May 23. 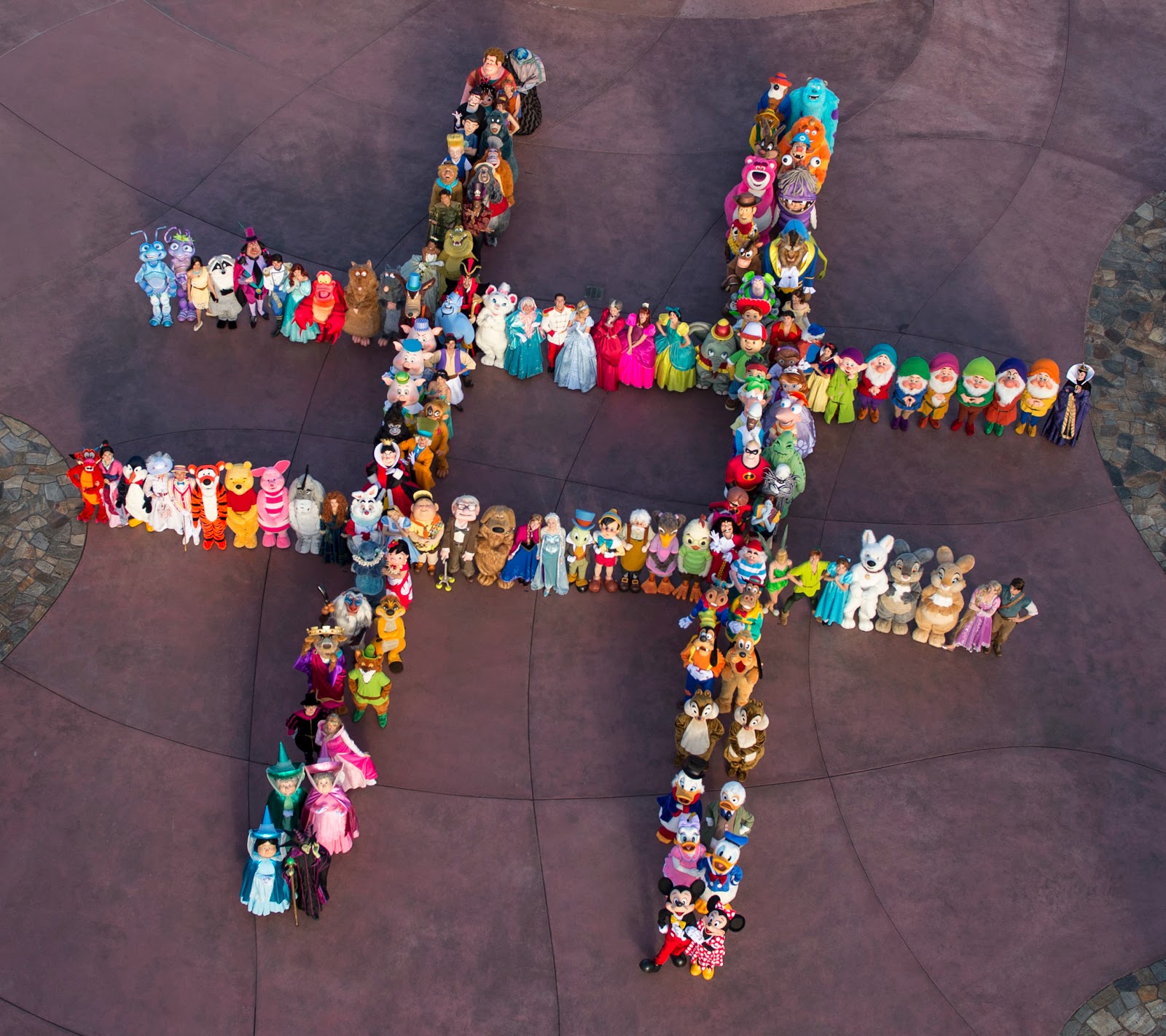 “Rock Your Disney Side” All Summer
Fans will be able to “rock” their Disney Side all summer long at Walt Disney World Resort. Guests will find new excitement including the completion of New Fantasyland – the largest expansion in Magic Kingdom history – with the new Seven Dwarfs Mine Train family roller coaster attraction. Other summer festivities include the New Fantasyland-inspired Disney Festival of Fantasy Parade and the rollout of MyMagic+, taking the Disney guest experience to the next level. And vacationers can stay in the middle of the magic this summer with a special savings at select Disney resort hotels. 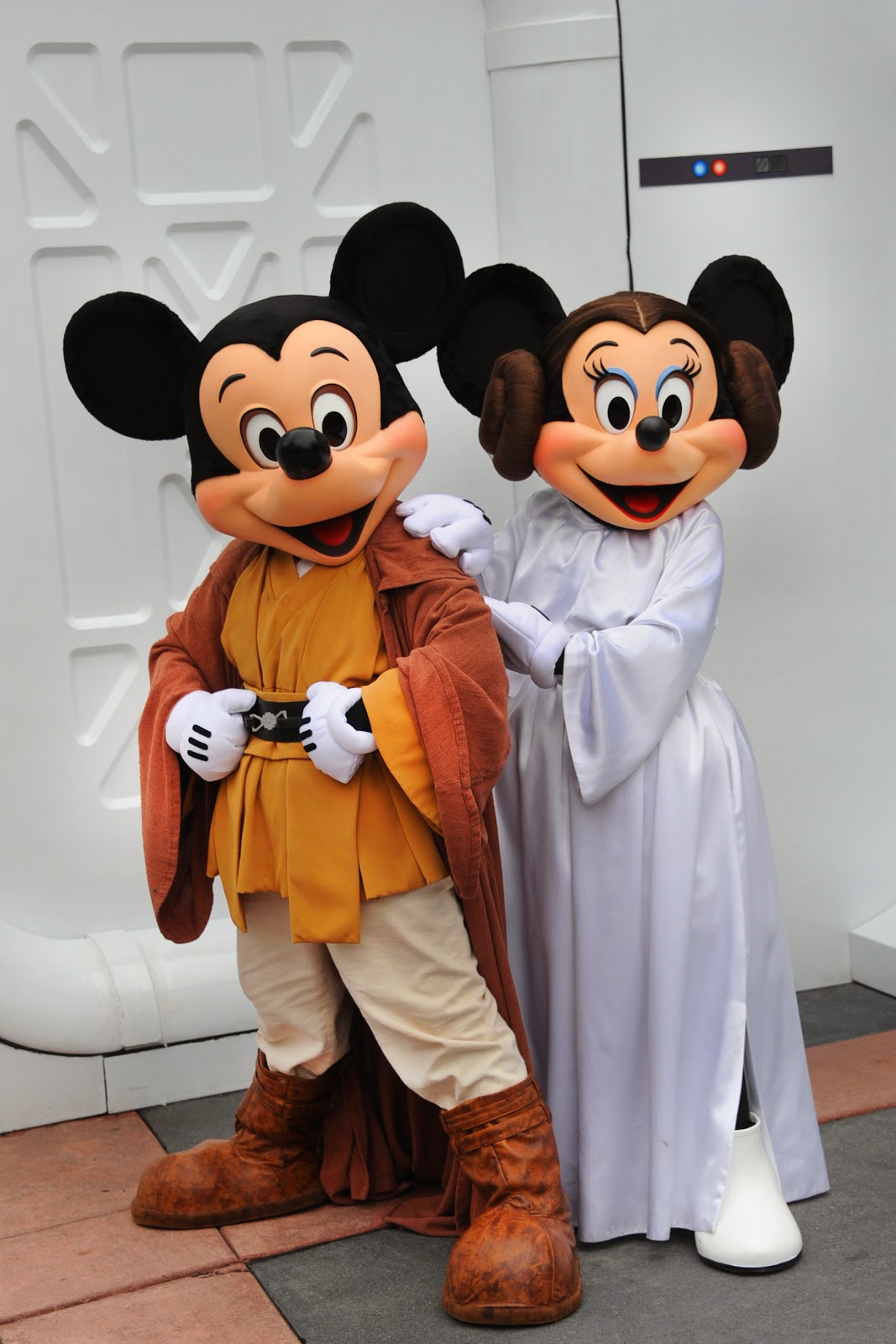 The Force is Strong at Disney’s Hollywood Studios: Star Wars Weekends Adds Another Weekend in 2014

The power of the Force returns to Disney’s Hollywood Studios for five consecutive weekends (every Friday, Saturday and Sunday) from May 16-June 15, 2014 for the park’s annual Star Wars Weekends.

Guests will enjoy a galactic event jam-packed with out-of-this-universe entertainment and their favorite Disney’s Hollywood Studios attractions.  More than 60 characters from the Star Wars saga appear in the theme park, and each evening will end with “Symphony in the Stars,” a special pyrotechnics salute to the films.

Continuing the galactic experience, Star Wars celebrities will make special appearances in star conversations, autograph sessions and photo opportunities throughout each day. Also a highlight: the “Legends of the Force” parade, which features a cavalcade of Star Wars characters, Disney characters and more parading down Hollywood Blvd.  Fans also get the chance to purchase limited-edition and event-exclusive items in “Darth’s Mall.”

Most Star Wars Weekends activities are included in regular admission to Disney’s Hollywood Studios.  For more information and the latest updates, guests can visit DisneyTheForce.com, DisneyParksBlog.com and StarWars.com.  Guests also can join the conversation online using the hashtag #DisneyTheForce.

Chart-topping classics will fill the air at Epcot this summer when high-energy bands rock the mic during Sounds Like Summer concert series. Performing hits from U2, Journey, Boston, and more, seven acts will take the stage in June and July at America Gardens Theatre in World Showcase.

This year’s concert line up includes:

The hugely popular Festival of the Lion King show re-opens by mid-summer to an all-new theater in the Africa section of Disney’s Animal Kingdom.

Four Seasons Hotels and Resorts also is planning a summer opening for a luxury resort hotel at Walt Disney World Resort. Four Seasons Resort Orlando at Walt Disney World Resort will feature several dining venues including a rooftop restaurant with views to the Magic Kingdom, a 14,000 square foot spa, fitness center, three pools and a “lazy river” sports and recreational area, as well as meeting and event space, and a business center. This first Four Seasons in Central Florida is located within the Golden Oak residential community, created and master-planned by Disney.

Drew Brees Passing Academy: New Orleans Saints quarterback Drew Brees hosts his 2nd annual football passing academy at ESPN Wide World of Sports Complex from June 26-29. The academy features elite instruction from Brees and other NFL players and coaches as well as a 7-on-7 competition expected to attract many of the country’s elite high school players.

Car Masters Weekend is the perfect way to celebrate Father’s Day as Downtown Disney hosts a classic car show with a modern twist June 14-15, 2014. Featuring all things “Cars,” the event showcases classic, muscle and exotic vehicles from across the country; a chance for guests to meet favorite “Cars″ characters such as Lightning McQueen and Mater; and special celebrity appearances. Completing the car-filled weekend, fans may purchase tickets for a ”Cars” & “Cars 2″ movie marathon at AMC Downtown Disney 24 and enjoy face painting, themed food and beverage, live entertainment and more. (Entertainment subject to change) 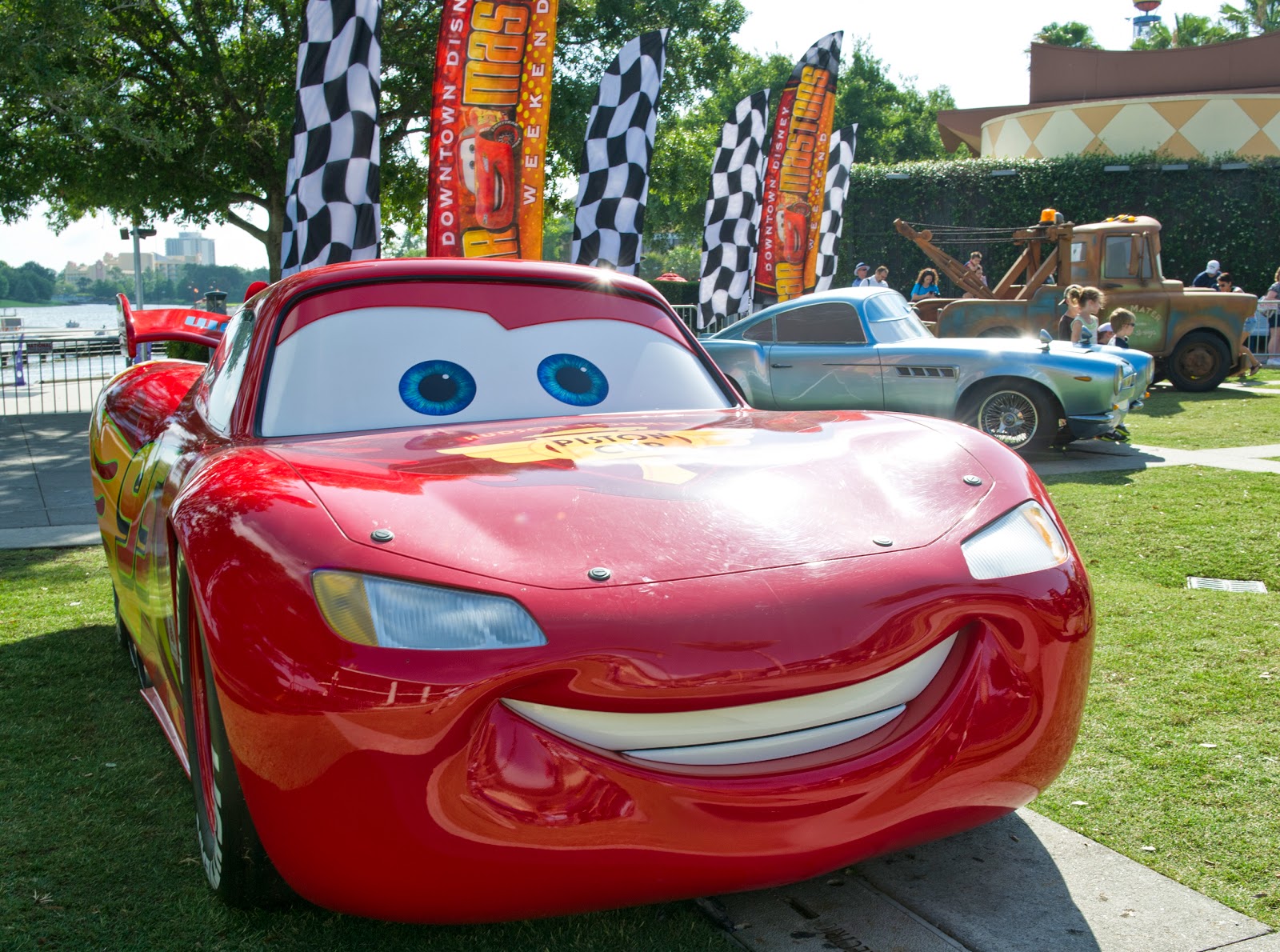 This is the Lions’ final United Soccer League (USL) season before becoming the 21st Major League Soccer (MLS) franchise in 2015.

Whether guests want to lounge on the beach or take the plunge and try every attraction, Walt Disney World Resort water parks are the perfect place to cool off this summer. At Disney’s Typhoon Lagoon guests can snorkel with sharks, stingrays and tropical fish in a coral reef, plunge down rushing rapids, sunbathe on the sandy beach and glide down a lazy river. Themed as a melting ski resort where a freak snowstorm hit Florida, Disney’s Blizzard Beach is home to some of the most thrilling water rides in the United States, while also offering guests a tranquil river to float down or a great place to relax on the beach. For the most up-to-date park hours, please visit disneyworld.com/water-parks. 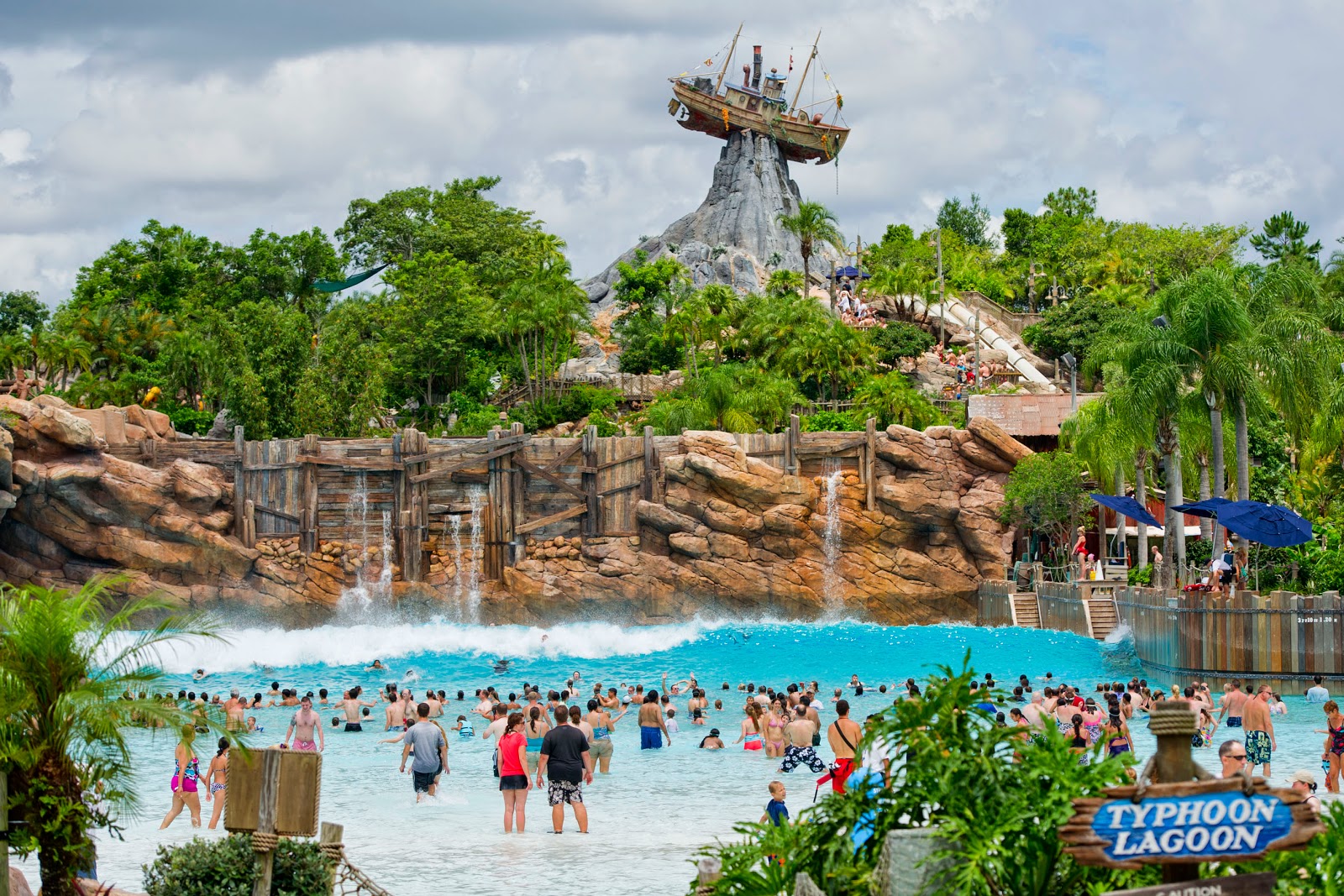 The Disney Magic returns to the Mediterranean this summer with exciting new ports and popular destinations, treating guests to the best of Europe. New for the European season, Disney Cruise Line will use Venice, Italy as a homeport for select sailings. During these cruises, the Disney Magic overnights in Venice, giving guests the opportunity to experience an evening in the spectacular city. Disney Cruise Line also will visit new destinations in the Greek Isles and Sicily for the first time. Guests will experience richly diverse cities and cultures, showcasing iconic locations, romantic boulevards, bustling bazaars, sun-drenched islands and the brilliant blue Mediterranean Sea.

The Disney Dream and Disney Fantasy will continue to sail out of Port Canaveral for summer 2014.


For TICKETS and INFORMATION, please click on the banner below.

Posted by mikeandthemouse at 3:43 PM