There’s a change in the air and it’s just not back to school, cooler temperatures and changing leaves. It is the dawn of a new era in college football, and the chance for college cheer and dance teams to cheer their Disney Side to support their team and win a $100,000 grant for their spirit program and a group trip to Walt Disney World Resort in Florida. 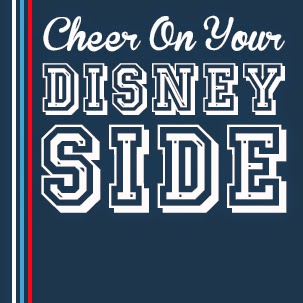 The competition is not just limited to the player on the field. ESPN, in partnership with Disney Parks and Varsity Spirit, is excited to invite college cheer and dance teams to create a 30-second Disney Parks-inspired routine set to four music remix choices of our favorite Disney Parks attraction music. Teams can submit their routines between September 3 – November 10, and the top 4 will be announced on December 11, during a live ESPN broadcast of a College Football Special from Disney’s Boardwalk Resort immediately following the College Football Awards Show. The winning team will be announced on January 12, the day of the College Football Championship.

Teams can get more information and register by visiting ESPN.com/CheerMagic.

Courtesy of the Disney Parks Blog

Posted by mikeandthemouse at 2:07 PM