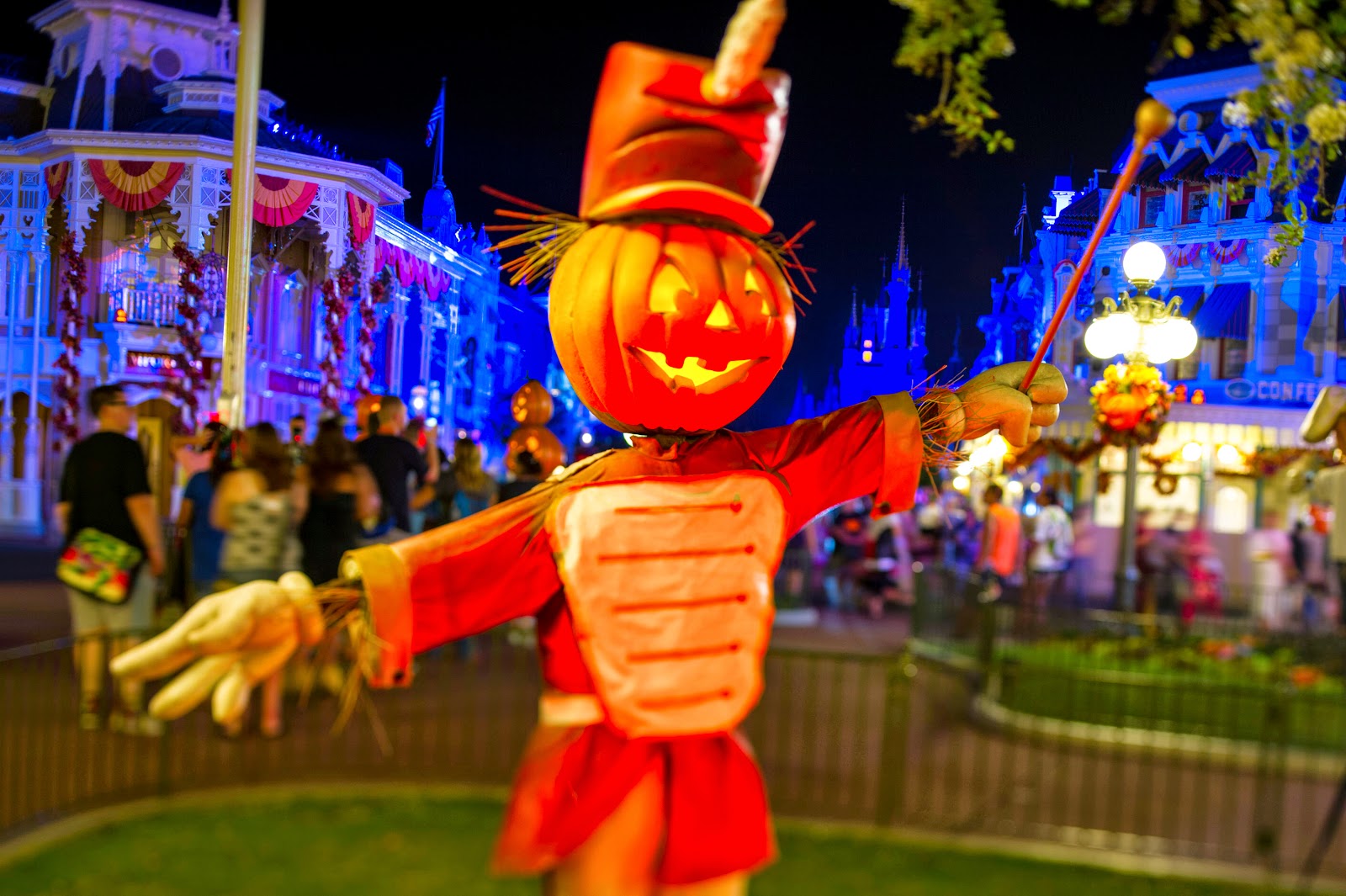 From Sept. 1 through Oct. 31, the after-hours special ticket event will immerse guests in the Halloween spirit. The bewitching “Happy HalloWishes” fireworks spectacular will illuminate the sky in bursts of orange and green fireworks. In “Mickey’s Boo-to-You Halloween Parade,” the Headless Horseman parades a gang of ghostly characters down Main Street, U.S.A. for a haunted, but happy, Halloween season.

Disney villains take center stage in 2014 with “Villains Mix & Mingle — Live on Stage” castle show; and Club Villain, an all-new nightly character dance party experience takes over the Diamond Horseshoe Saloon in Frontierland. Mischevious villains will be available for guests to meet all night long in locations throughout the park.

The night of ever-so-slightly frightful fun begins at 7 p.m. and runs until midnight, with guests encouraged to don their favorite Halloween costumes and partake in trick-or-treating around Magic Kingdom.

This year marks the 32nd year for Disney’s Night of Joy, where the best in Contemporary Christian music meets the excitement of the Magic Kingdom. From contemporary hits to hard-hitting, high-energy rock, there’s something for every kind of music fan Sept. 5-6 at Walt Disney World Resort.

This year’s lineup showcases a stage-load of talent on each night.


Single-night tickets are $59 plus tax in advance and $69 plus tax on the days of the show. To purchase tickets, or for more information about the event, guests can visit NightofJoy.com or call 407-W-DISNEY. 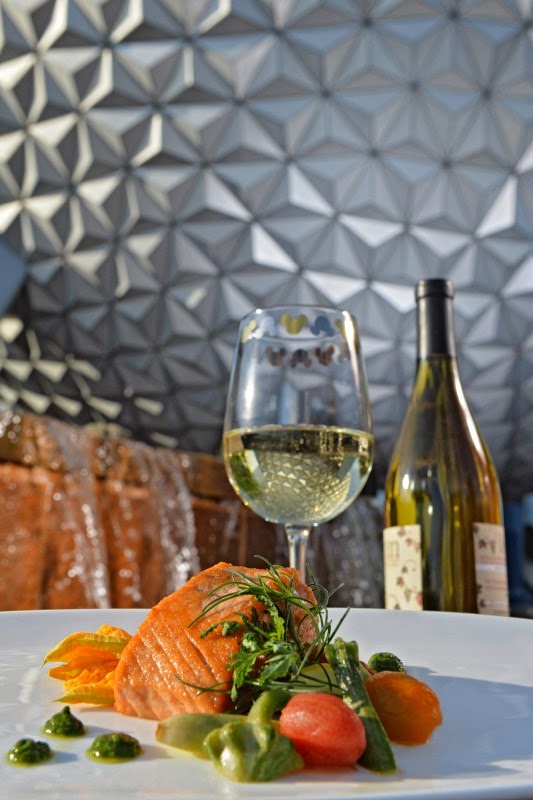 The festival kicks off a week early and runs 53 days and features more than 270 chefs, including Disney chefs and culinary stars from across the country.

Festival guests will be able to pair wines and beers with savory and sweet dishes from more than 25 ethnic and specialty marketplaces as they stroll the World Showcase Promenade and earn stamps on their complimentary festival “passport” souvenirs. Champagne, cocktails and “mocktails” also will be on festival menus.

Eat to the Beat! is back with live entertainment every night at the America Gardens Theatre at 5:30, 6:45 and 8 p.m. Returning favorites such as Hanson, Air Supply and more take the stage in September and October, along with new acts include Jo Dee Messina, Fuel, Jim Brickman and Los Lonely Boys.

For details on all special events, including the popular Party for the Senses and signature dining experiences, guests can visit www.epcotfoodfestival.com.

The “Frozen” fun of Arendelle won’t melt away on Labor Day, as “Frozen Summer Fun LIVE!” at Disney’s Hollywood Studios has been extended through Sept. 28, 2014. 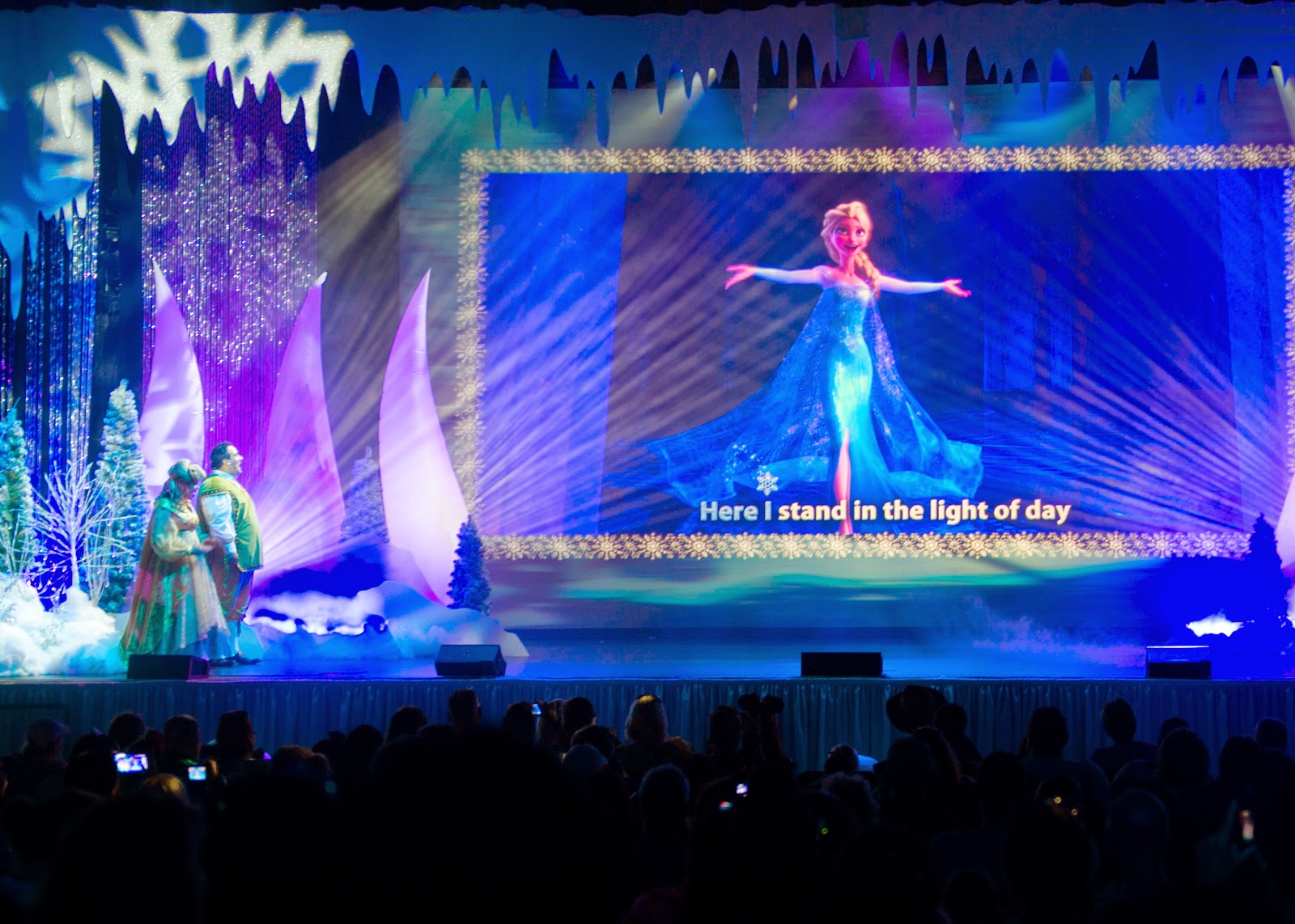 The popularity of the icy special event prompted Anna, Elsa, Olaf and their polar pals to extend their stay at Walt Disney World Resort beyond Sept. 1, 2014 (the originally announced closing date for the event).

Fans of “Frozen” have been flocking to the flurry of fun at Disney’s Hollywood Studios since July 5, enjoying immersive experiences like the “For The First Time in Forever: A ‘Frozen’ Sing-Along Celebration” and ice skating (on real ice!) inside Wandering Oaken’s Trading Post & Frozen Funland.  Anna, Elsa & Kristoff are also welcomed by guests daily in an 11 a.m. processional down Hollywood Boulevard while ice cutters, skaters and skiers join the cavalcade.

Nearly all of the event’s components will continue daily, with the exception of the “Frozen Fireworks” spectacular.  The fireworks show will be presented each night (except August 23) through September 1, and then on Fridays, Saturdays, and Sundays only from September 5-28.

Runners and guests are invited to the Disney Villains Hollywood Bash post-race party where they can enjoy live music, Disney characters and access to attractions such as The Twilight Zone Tower of Terror, Rock “n” Roller Coaster Starring Aerosmith and Toy Story Mania! until 4 a.m. Admission to the Disney Villains Hollywood Bash is included for runners, while friends and family can purchase tickets for the party. 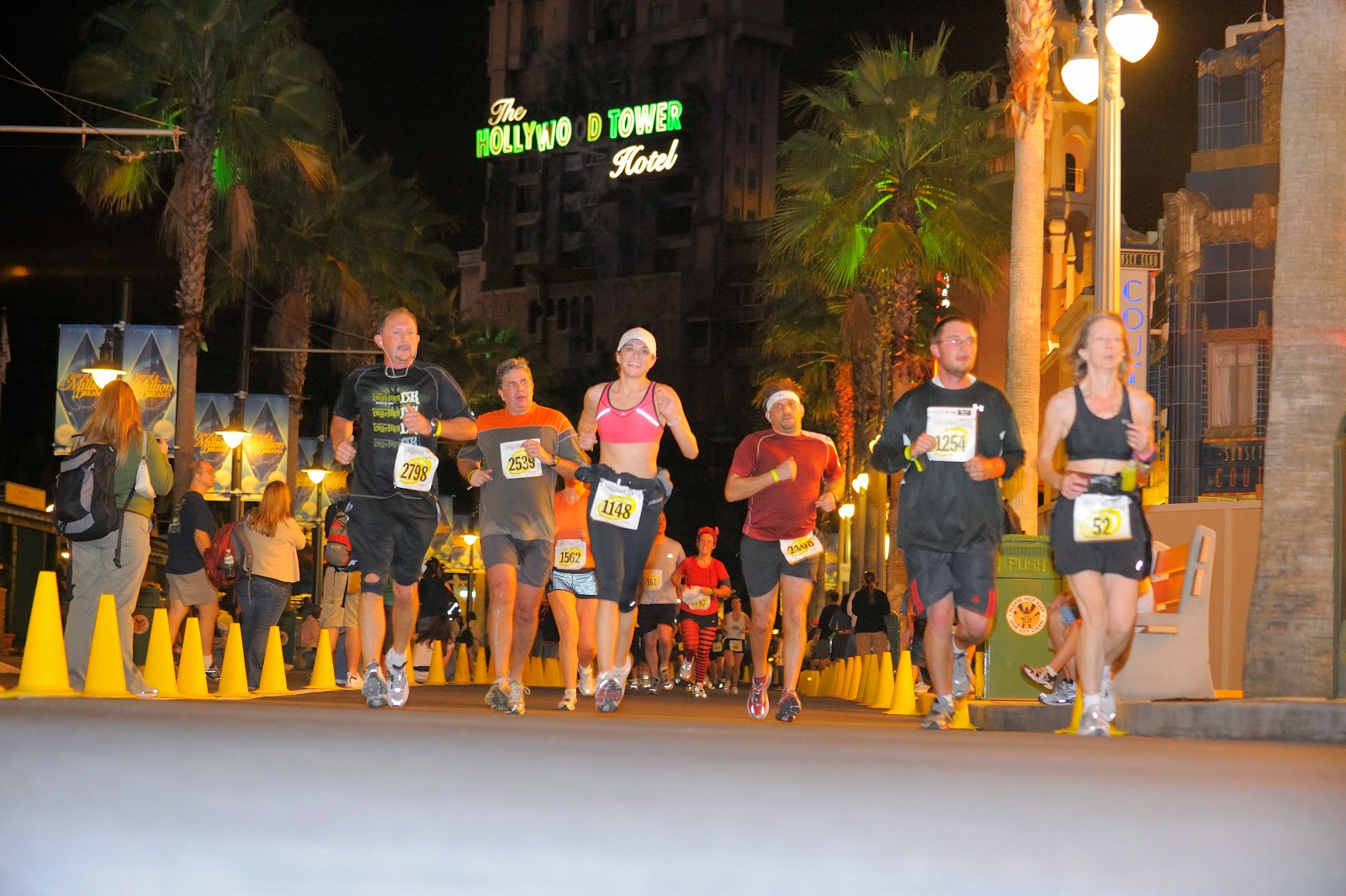 Disney Cruise Line will treat guests sailing this fall to a wickedly good time as the Disney ships transform into a ghoulish wonderland filled with frightfully fun events and activities, special decorations, unique menu items in the restaurants and themed parties on deck.

In 2014, Halloween on the High Seas takes place on most voyages aboard all Disney Cruise Line ships from September through October. This extra-spooky celebration features Halloween-themed parties, lively entertainment and elaborate décor, including The Pumpkin Tree, which magically transforms throughout the cruise. 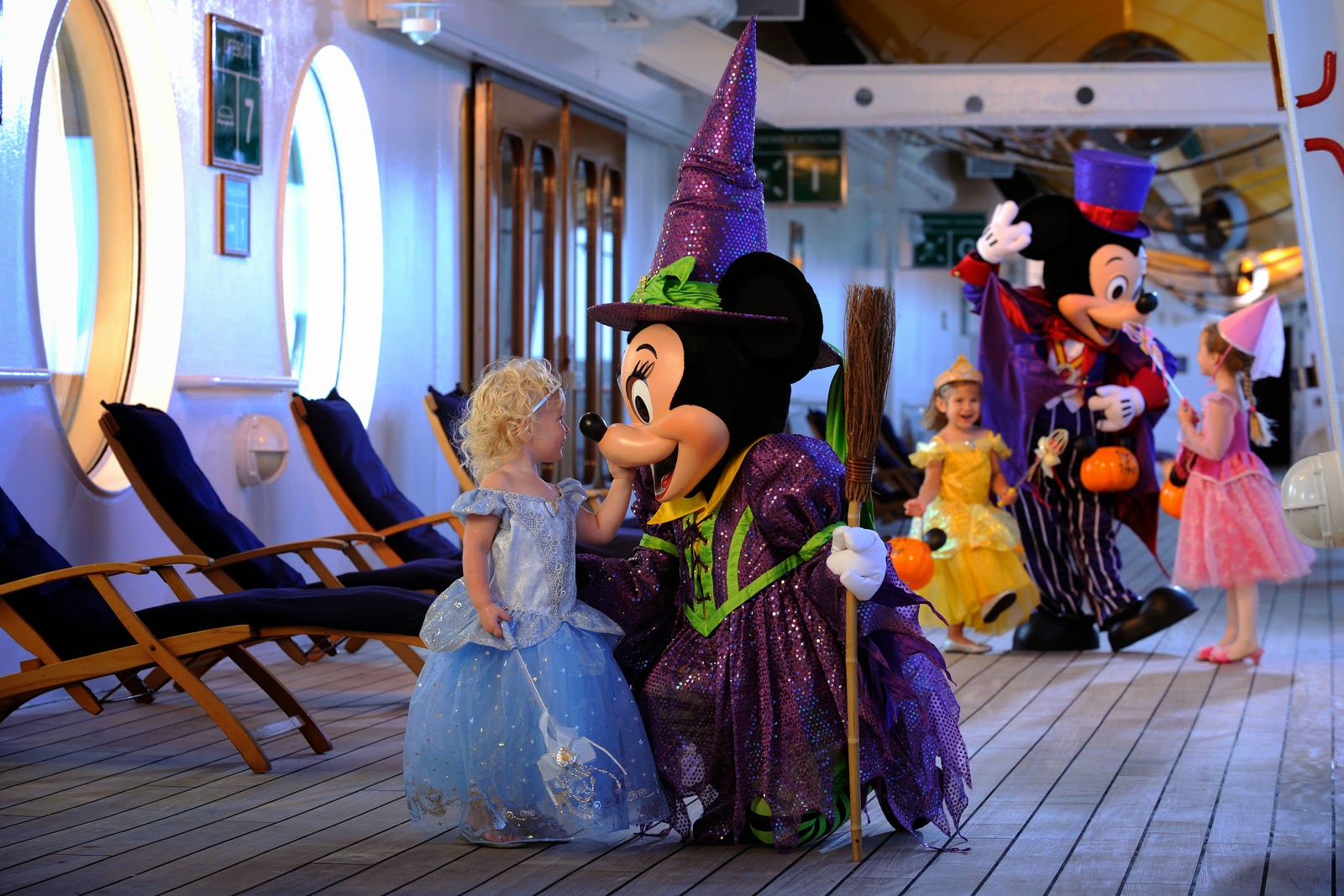 Guests visiting Walt Disney World Resort this fall can save up to 30 percent on rooms at select Disney Resort hotels, including Deluxe Villa Resort rooms and Deluxe Resort rooms. 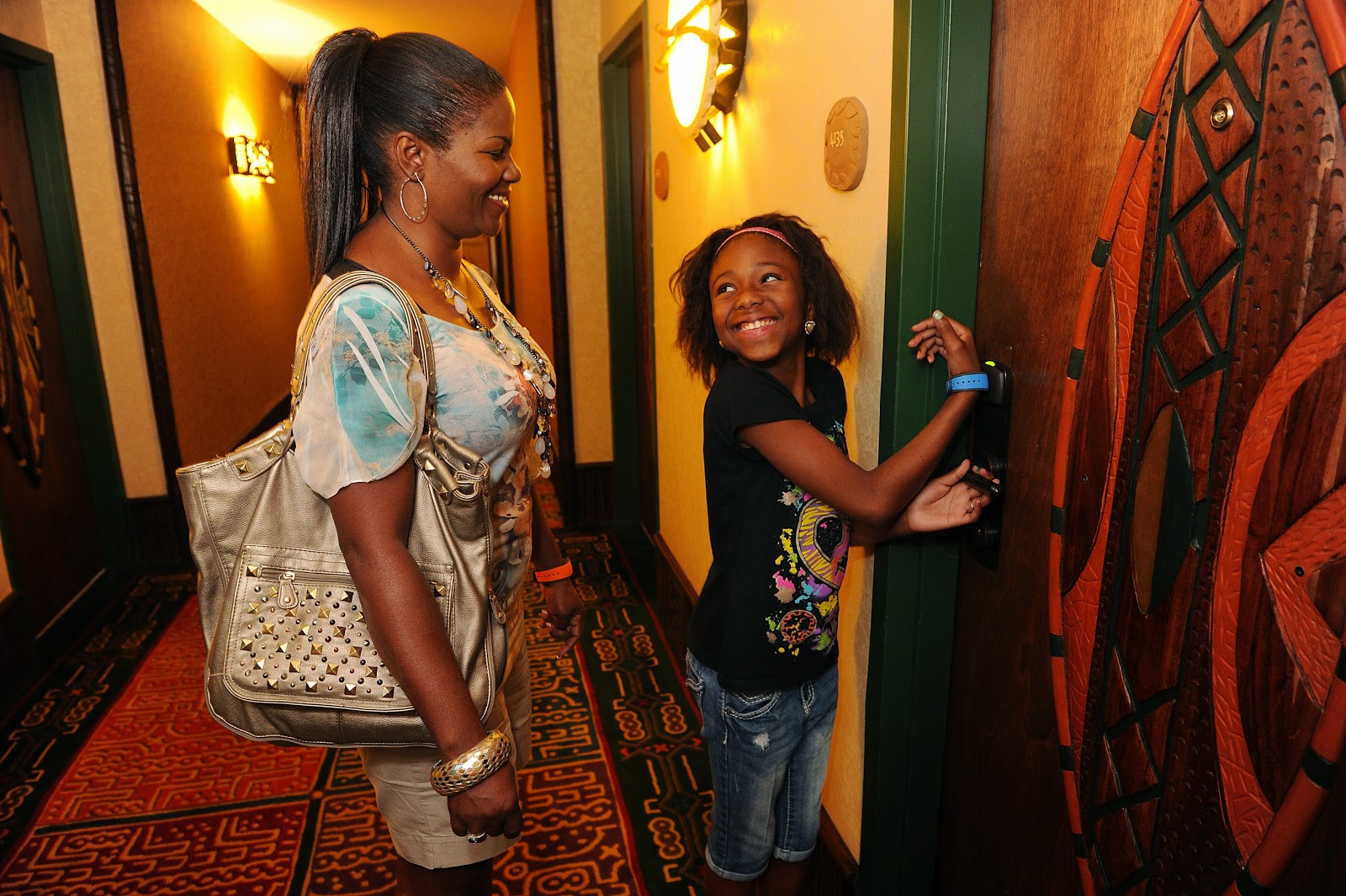 This offer is valid for stays most nights October 4 through November 25, and November 29 through December 23, 2014 and must be booked by October 3, 2014 and some restrictions apply.

To book this special offer, guests can visit DisneyWorld.com/fall or call 407/WDW-1896.

All photos courtesy of the Walt Disney World Company.
Posted by mikeandthemouse at 11:08 AM