Last week millions of viewers across the country witnessed an amazing transformation. They tuned into ABC's hit summer series Extreme Weight Loss and watched as show hosts Chris and Heidi Powell guided a father-daughter team through a reward challenge at the 2014 Walt Disney World® Marathon Weekend presented by Cigna® and completed the Half Marathon in January.

Jeff and Juliana Macht of Colorado spent one year working with the Powell's to change their nutritional habits, adopt a healthy active lifestyle, and and build a closer father-daughter relationship. In total Jeff lost more than 200 pounds and Juliana more than 90 pounds.

The social media response to Jeff and Juliana's story was incredible. Hundreds of viewers shared how they were inspired and motivated by the father-daughter story. Many pledged to make changes and adopt a healthy active lifestyle. Several people expressed that they would like to take participate in the 2015 Walt Disney World® Marathon Weekend but it was sold out.

Well we have good news for you!

Coming off the success of the season finale show and responding to viewer feedback, we are excited to announce the "Goofy Giveback." Starting today we are taking a limited number of Goofy registrations, breaking up the challenge and opening up additional individual registrations for the 2015 Walt Disney World® Half Marathon and Marathon. You can register for these events by visiting runDisney.com. This unique registration period will remain open for 39 days representing the total miles covered in the Goofy's Race and a Half Challenge. You have until October 24th or until both races reach capacity to take advantage of this special opportunity.

It is important to note we will keep enough spots open for those still looking to take on the 10th anniversary Goofy Race and a Half Challenge and run 39.3 miles over 2-days.

runDisney is committed to helping everyone adopt a healthy lifestyle. We are always listening to our fans and working to create new opportunities and experiences that allow you to set goals, accomplish them and then celebrate at Walt Disney World® or Disneyland® Resorts.

Congratulations Jeff and Juliana on your amazing transformation! 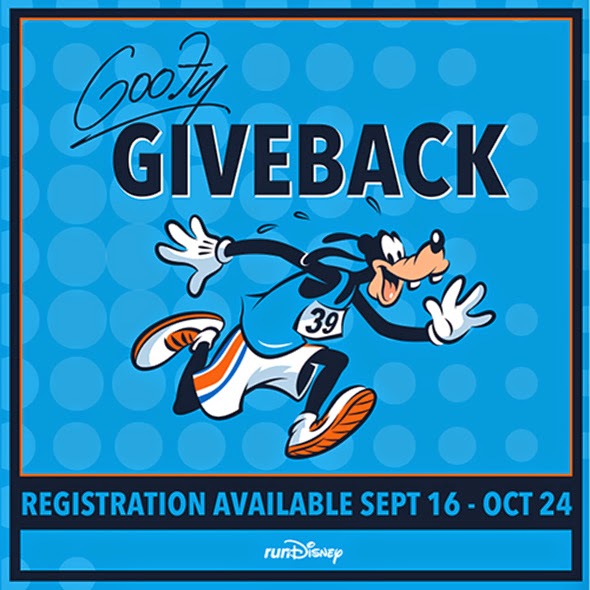 We invite everyone to visit runDisney.com to register for the Walt Disney World® Marathon, Half Marathon and Goofy's Race and a Half Challenge. We will see you at the finish line in January.

Posted by mikeandthemouse at 9:33 AM