Hiro Hamada and his buddy, a huggable robot named Baymax, are flying into theaters in 3D on Friday in Disney’s new comedy adventure, “Big Hero 6.” And starting this weekend, you’ll be able to see them in person at Disney Parks! 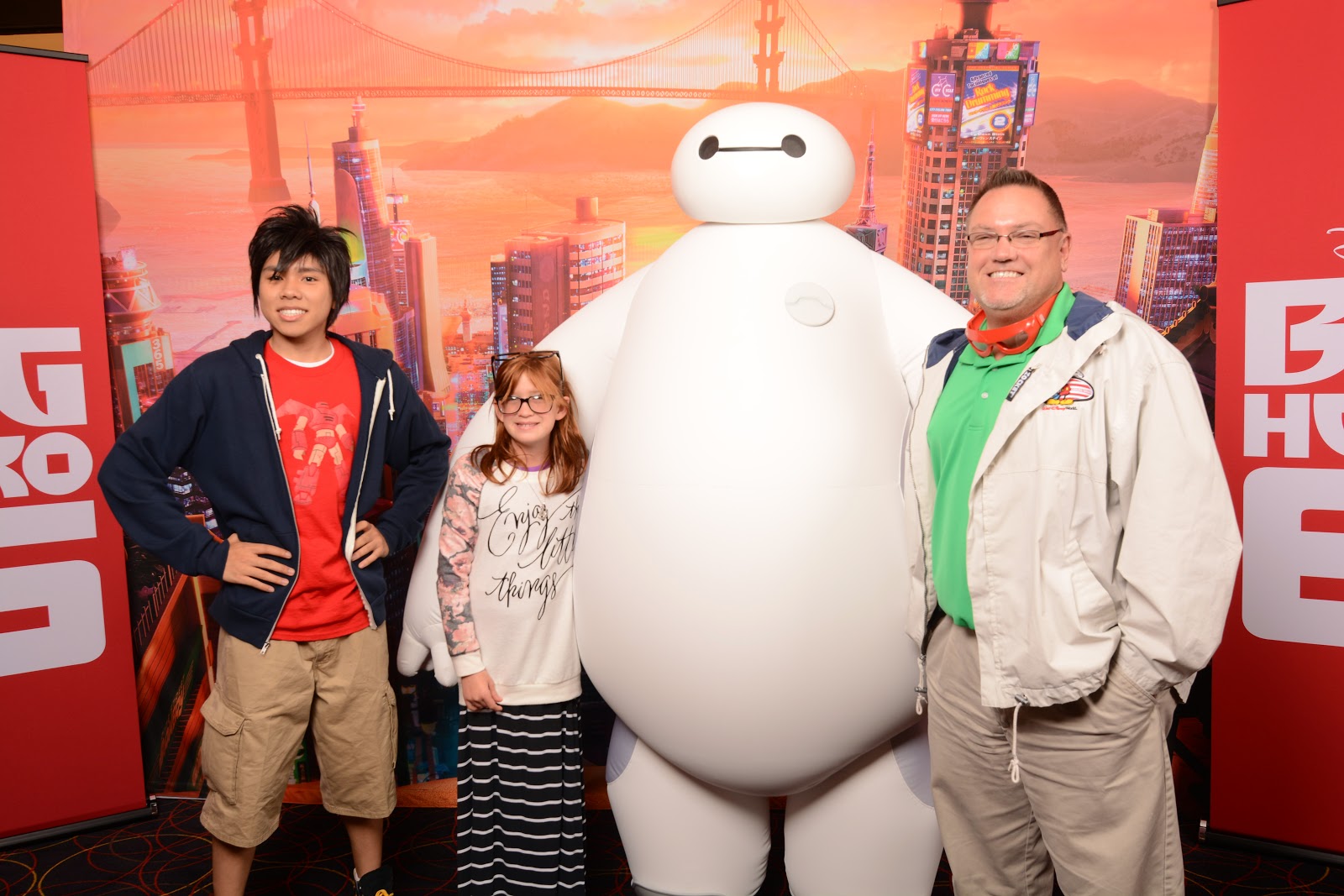 At Disney’s Hollywood Studios at Walt Disney World Resort, look for Hiro and Baymax inside The Magic of Disney Animation attraction, where you’ll find recreations of Hiro’s garage workshop and the San Fransokyo Institute of Technology labs seen in the film. When Hiro and his robot companion head west to the Disneyland Resort, you’ll find them in Tomorrowland near the Starcade and Magic Eye Theater, where you can also catch a special exclusive sneak peek of “Big Hero 6.”

Triniti and I caught a preview of the film this past weekend (thank you Disney Parks Blog) and I have to say that the film was like a great Disney thrill ride! Lots of fun, great action, dips and spins! Kids and adults will enjoy this one for sure!
Posted by mikeandthemouse at 9:37 AM