What’s This? Jack Skellington Brings a Touch of Christmastown to Walt Disney World Resort for the Holidays

Fresh off the presses of the Disney Parks Blog!

Fans of “Tim Burton’s The Nightmare Before Christmas” have even more to grin about this holiday season. 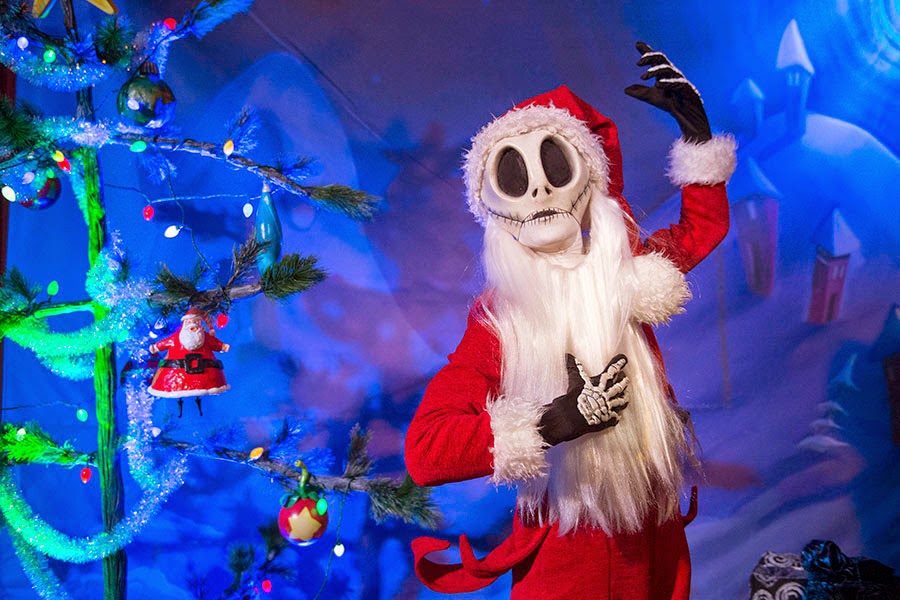 The Pumpkin King himself, Jack Skellington, has decided to join the holiday celebration at Walt Disney World Resort by dropping in on Mickey’s Very Merry Christmas Party at Magic Kingdom Park. Head back to Storybook Circus during the party, and you’ll find Jack making Christmas as “Sandy Claws” – just don’t count on any gifts from him turning out quite right.

Meanwhile over at Disney’s Hollywood Studios, there’s color everywhere and white things in the air as the 2014 season of The Osborne Family Spectacle of Dancing Lights returns to the park’s Streets of America tonight.

This year, the song “What’s This?” from “Tim Burton’s The Nightmare Before Christmas” has been added to the show, bringing with it all the wonder and delight Jack Skellington experienced upon first visiting Christmastown. “What’s This?” joins such favorites as “Feliz Navidad” by Jose Feliciano and “Christmas Is Starting Now” by Big Bad Voodoo Daddy on the playlist of holiday songs for the dancing lights.

The Osborne Family Spectacle of Dancing Lights is presented nightly through January 4, 2015 (except November 20), and is included with regular admission to Disney’s Hollywood Studios.

Posted by mikeandthemouse at 9:32 AM