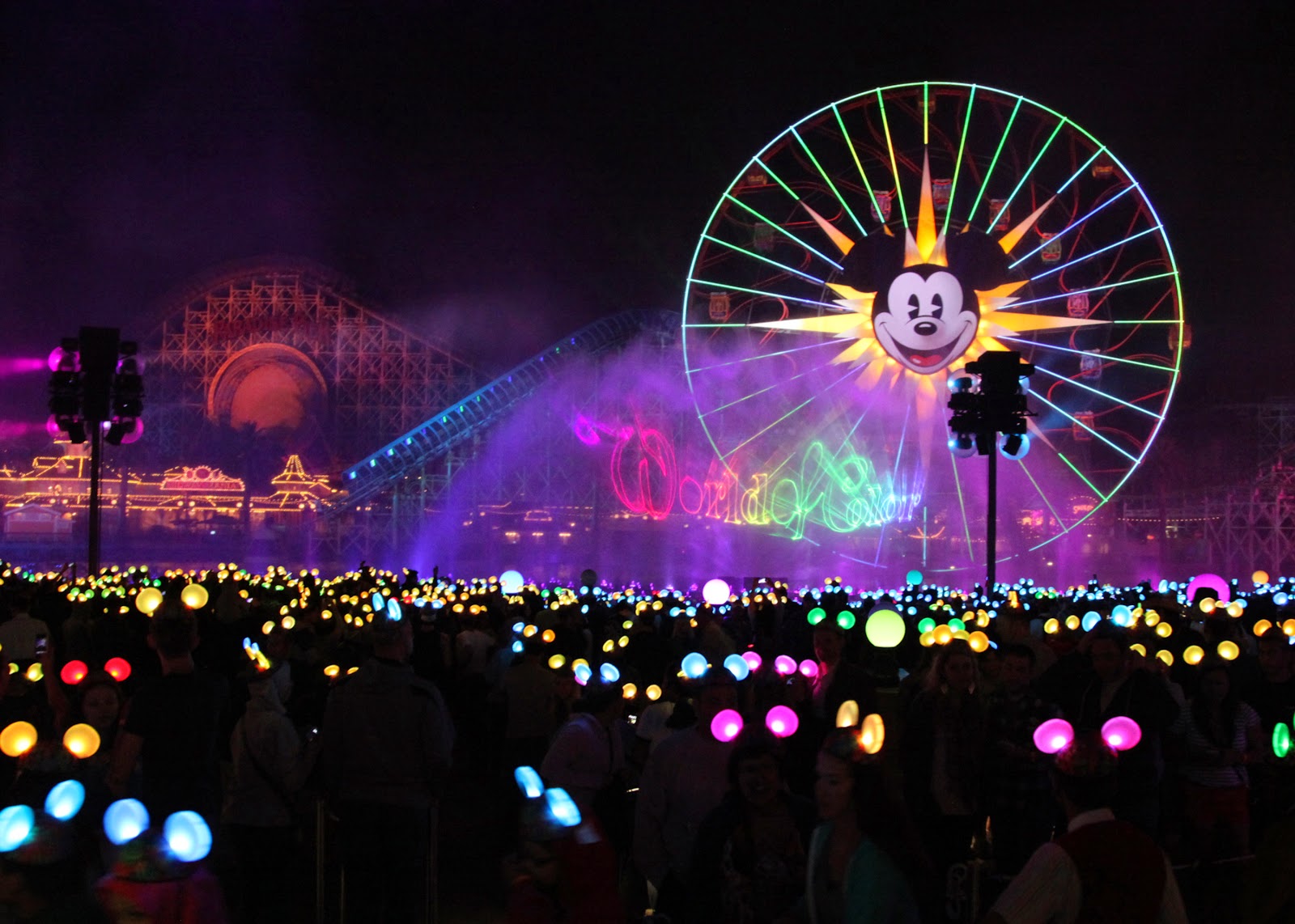 Three sensational new nighttime spectaculars will dazzle guests at the Disneyland Resort when the Diamond Celebration begins Friday, May 22, 2015. Nighttime will glitter as never before when the latest technology and immersive special effects lift the “Paint the Night” parade and “Disneyland Forever” fireworks spectacular beyond anything seen in the past at Disneyland Park. In Disney California Adventure Park, a new “World of Color” show featuring Mickey Mouse will tell the story of Walt Disney and the Happiest Place on Earth through fountains, film, animation, a stirring musical score and amazing visual surprises. 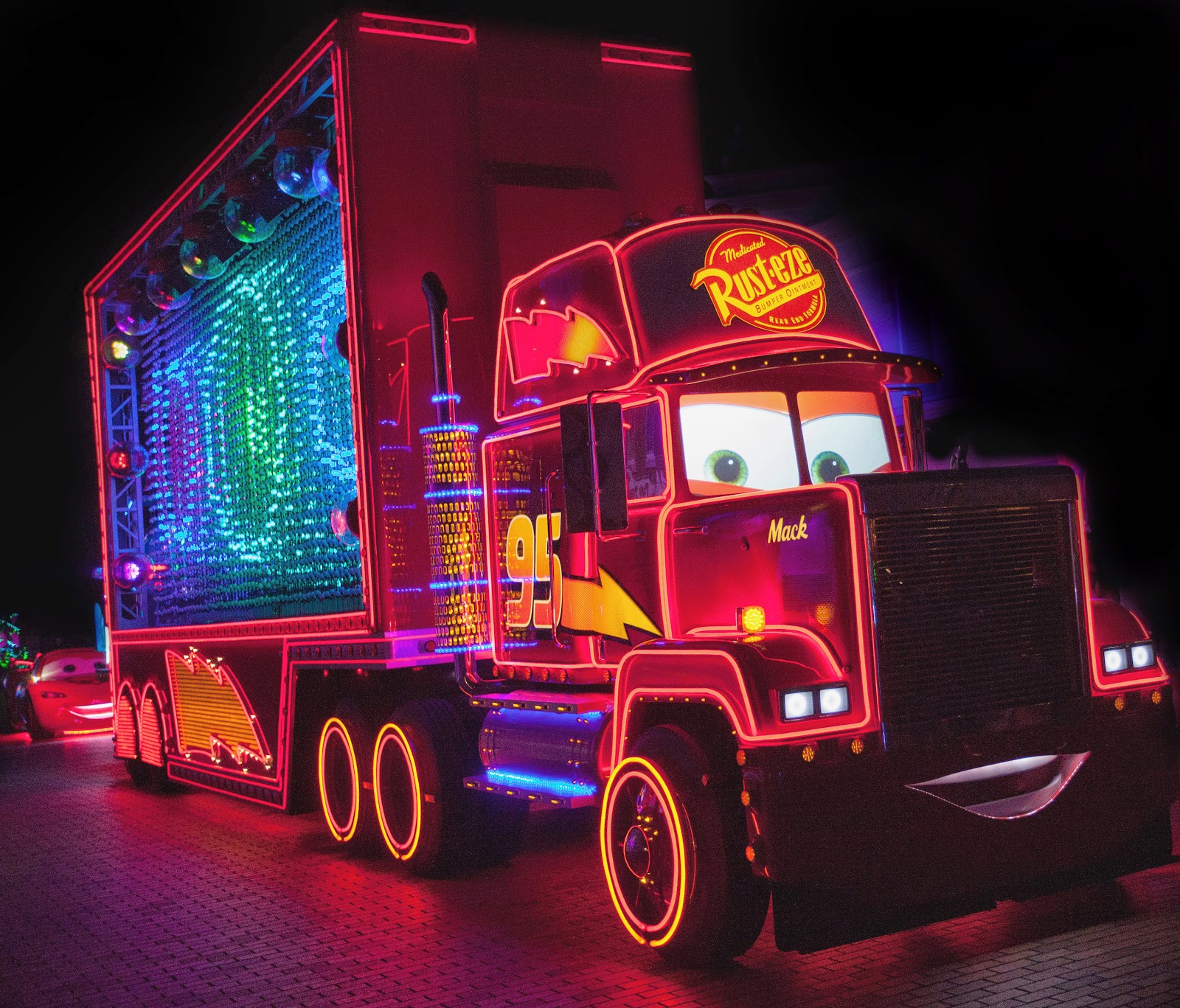 The electrifying new shows will take guests into the worlds of Disney stories like never before, celebrating 60 years of magic with a nighttime parade that shines with more than 1.5 million individually controlled lights – the first all-LED parade at the resort; a reinvention of the classic fireworks that adds projections to transform the park experience; and a moving, new version of “World of Color” that celebrates Walt Disney’s dream for Disneyland. 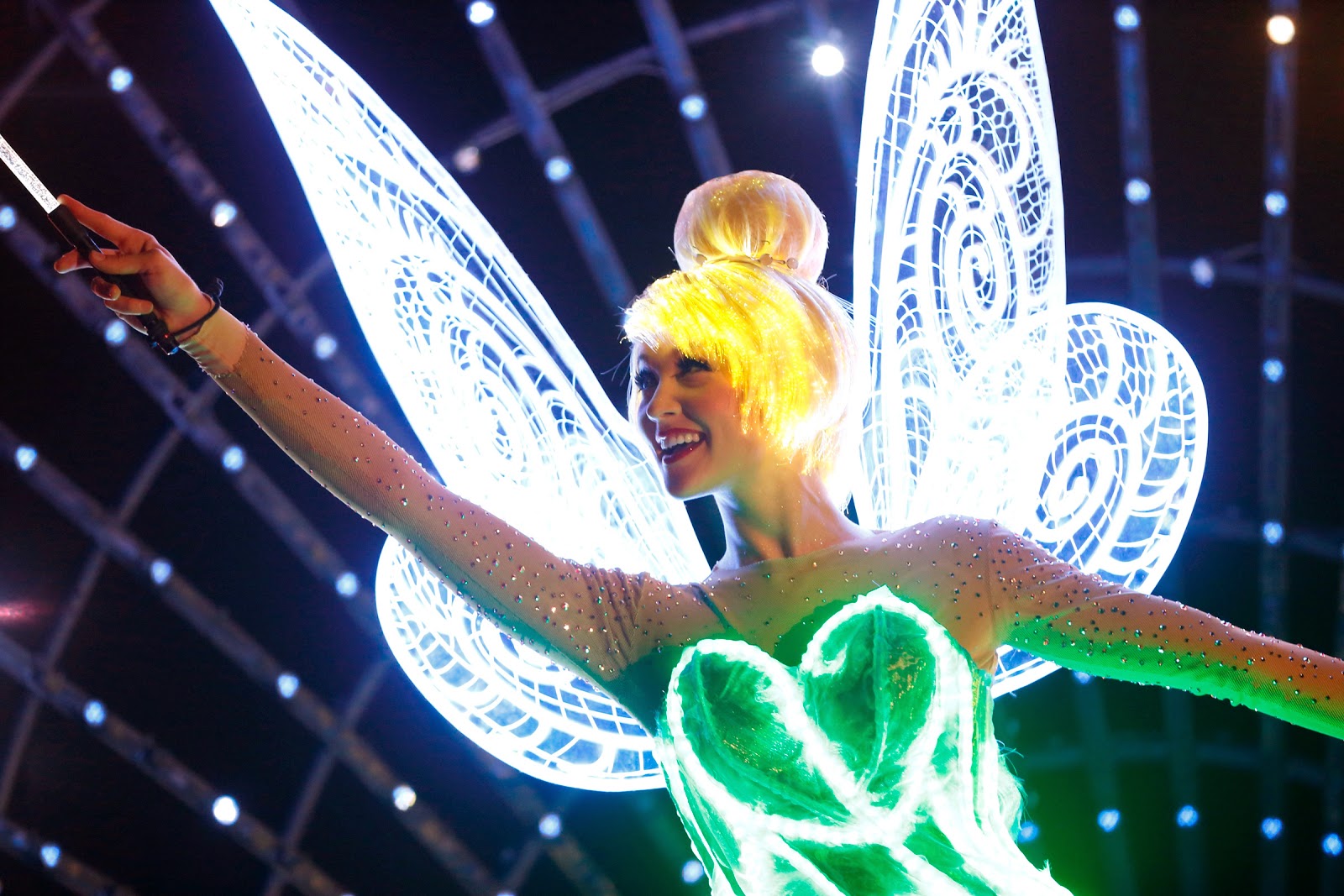 In addition, the iconic Sleeping Beauty Castle in Disneyland and Carthay Circle Theatre in Disney California Adventure will glisten and gleam for the celebration, each with its own diamond medallion. The Disneyland Resort and surrounding streets will sparkle with Diamond Celebration décor and festive banners in shades of Disneyland blue. Also bearing the diamond anniversary theme, creative merchandise and food items will be designed to complement the celebration. 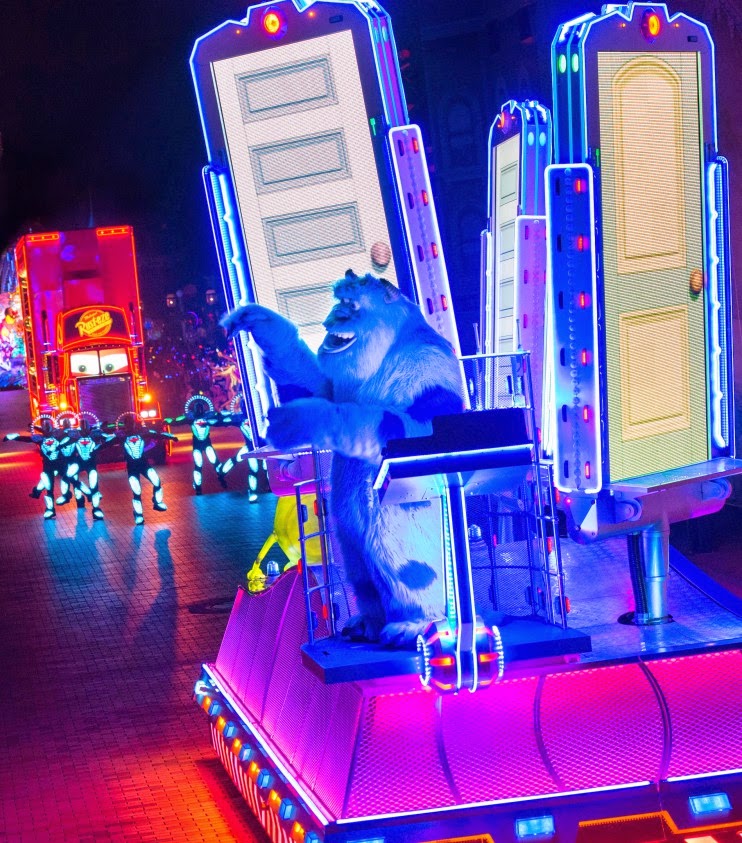 “Sixty years ago, Walt Disney welcomed the first guests to Disneyland.  Nearly 3 billion guest visits later, it’s amazing to contemplate all that Disney Parks and Resorts represents to so many people around the world,” said Tom Staggs, Chairman, Walt Disney Parks and Resorts.  “We’ve conceived the Disneyland Diamond Anniversary as a celebration of this special place that started it all.  Disneyland was envisioned as a place that encourages all of us to be ‘forever young,’ in part by being forever young itself … so we’re celebrating not just the last 60 years, but all that is yet to come.” 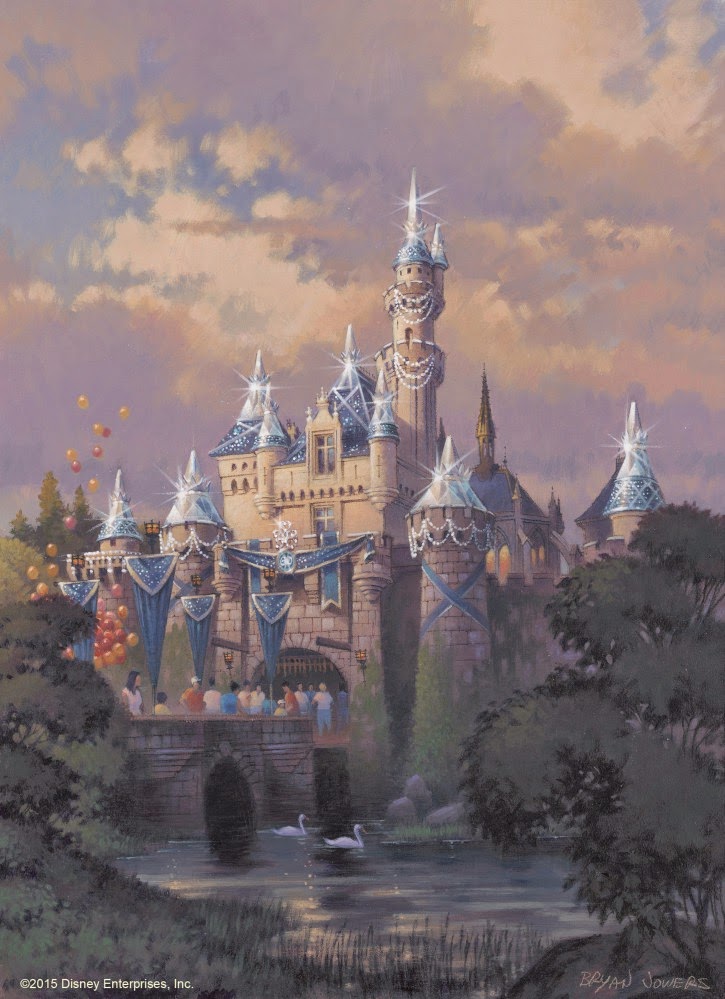 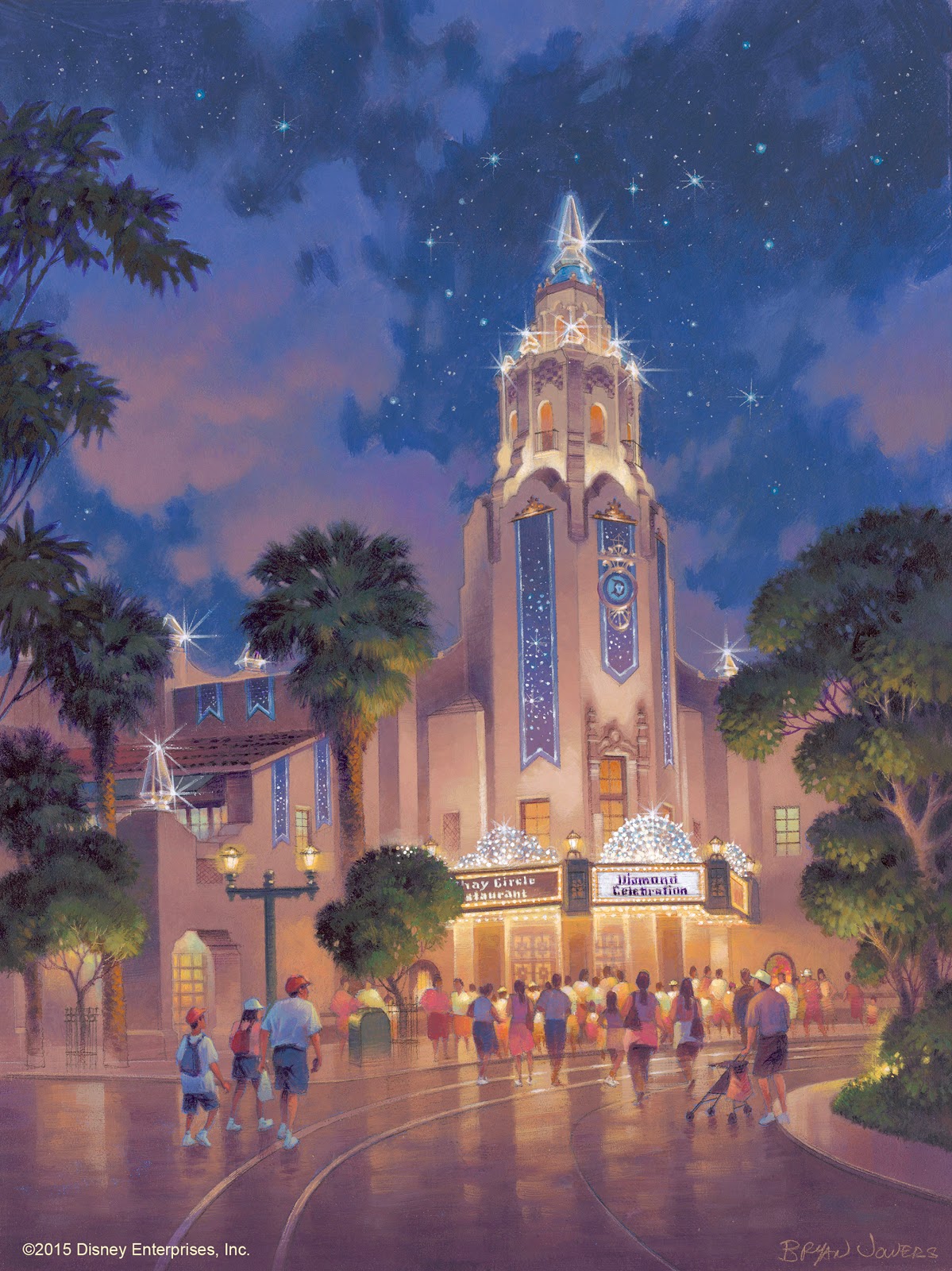 A Source of Joy and Inspiration to the World

The popularity of Disneyland through nearly 60 years celebrates Walt Disney’s dream of a place where family members of all ages can have fun together in an atmosphere that emphasizes imagination, fantastic storytelling and extraordinary guest service. Since 1955, dignitaries, heads of state, celebrities and more than 700 million guests have passed through the gates of a place that Walt imagined as “a source of joy and inspiration to the world.”

Disneyland transformed the amusement industry with an entirely new concept in family entertainment: a “theme park” where rides, shows, characters, merchandise and cast members in costume become part of a total storytelling environment. In the nearly six decades since it opened, the Disneyland Resort has continued to use creativity, technology and innovation to bring stories to life, while fulfilling Walt’s promise that “Disneyland will never be completed … as long as there is imagination left in the world.”

The success of Disneyland Resort also has resulted in immense growth for the city of Anaheim, Calif. The resort’s workforce of 27,000 cast members makes it the largest single-site employer in Orange County. From the original Disneyland Park, the entertainment concept has expanded worldwide and is enjoyed by guests at Walt Disney World Resort in Lake Buena Vista, Fla, Tokyo Disney Resort in Japan, Disneyland Paris in France, Hong Kong Disneyland, Disney Cruise Line, Disney Vacation Club, Adventures by Disney and Aulani, a Disney Resort & Spa in Hawaii. Shanghai Disney Resort is now under construction in China.

Additional information about the Disneyland Resort Diamond Celebration will be shared in the coming months at www.Disneyland.com and www.DisneyParksBlog.com.

Posted by mikeandthemouse at 10:03 AM