The new year 2015 lifts off with dozens of fun happenings, openings and events at Walt Disney World Resort. Whether your Disney Side is brought to life by being a foodie, sports fan, shopper or a Jedi, some great vacation choices await Disney guests as the calendar turns the pages into 2015.

Here’s a look at what to expect:

As part of a sweeping re-imagining, Disney’s Polynesian Resort has returned to its original, 1971 opening day name: Disney’s Polynesian Village Resort. But that’s not the only news awaiting guests in 2015. Changes include a new food and beverage experience opening for guests in 2015: Trader Sam’s Grog Grotto – opening in the spring and based on the popular themed lounge at the Disneyland Hotel in Anaheim. Trader Sam’s will welcome explorers to a mystical and tropical oasis featuring a lounge area with handcrafted tiki cocktails served in souvenir mugs, paired with Polynesia-inspired small plates. Other changes greeting Disney’s Polynesian Village Resort guests: the recently opened Pineapple Lanai kiosk, featuring the world-famous Dole Whip soft serve and floats, and a menu makeover at Capt. Cook’s quick-service restaurant. A new children’s activity center called Club Disney welcomes guests ages 3-12 to play dress-up, create crafts and engage in games, storytelling or movie nights. A completely renovated Nanea Volcano feature pool area, a new children’s water play area and an enlarged deck for poolside seating will be completed in 2015. 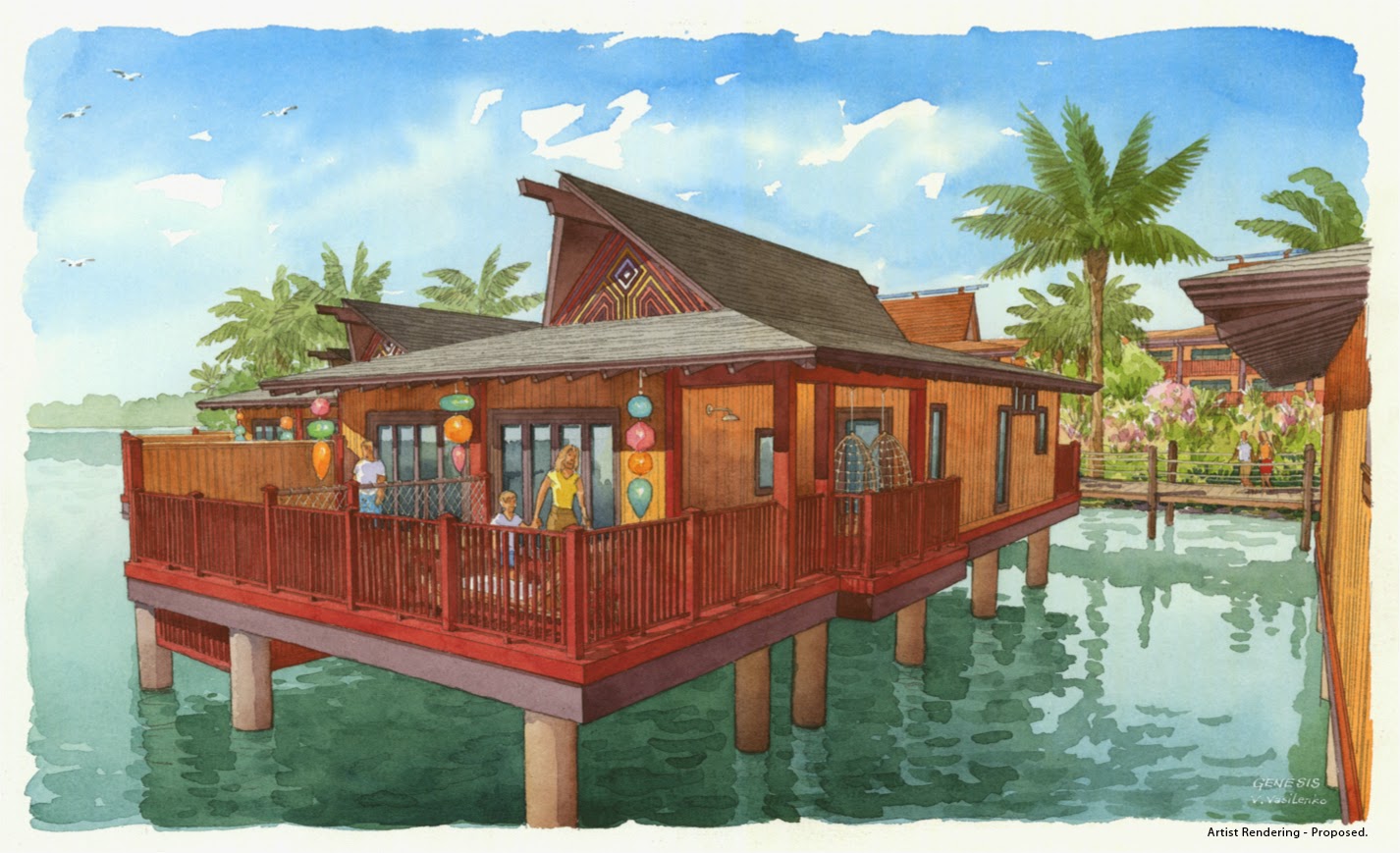 In addition, Disney’s Polynesian Villas & Bungalows will feature 20 Disney Vacation Club bungalows on Seven Seas Lagoon and 360 Deluxe Studios. The Disney Vacation Club Bungalows will be the first of this type of accommodation at Disney, sleep up to eight guests, and feature a plunge pool where guests can enjoy views of fireworks over Magic Kingdom and Seven Seas Lagoon. This resort will also be the first to have connecting Deluxe Studios that will sleep up to five guests and have kitchenettes and enhanced storage space for convenience and comfort. The first phase of Disney’s Polynesian Villas & Bungalows is scheduled to open in 2015.

The new year brings a great new dining experience to Walt Disney World Resort with Trattoria al Forno now open at Disney’s Boardwalk Resort. The restaurant features Italian cuisine with authentic ingredients and recipes from Italy’s various regions. The new restaurant showcases Old World techniques, including handcrafted mozzarella made daily, a variety of Neopolitan-style pizzas baked in wood-burning ovens, and other classic favorites such as risotto, baked lasagna, chicken Parmigiana with tagliatelle pasta and more. Trattoria al Forno offers an extensive wine list with more than 60 offerings by the bottle and more than 25 wines by the glass. Desserts such as tiramisu and gelatos round out the menu. Trattoria al Forno is located on Crescent Lake near Epcot in the heart of property. 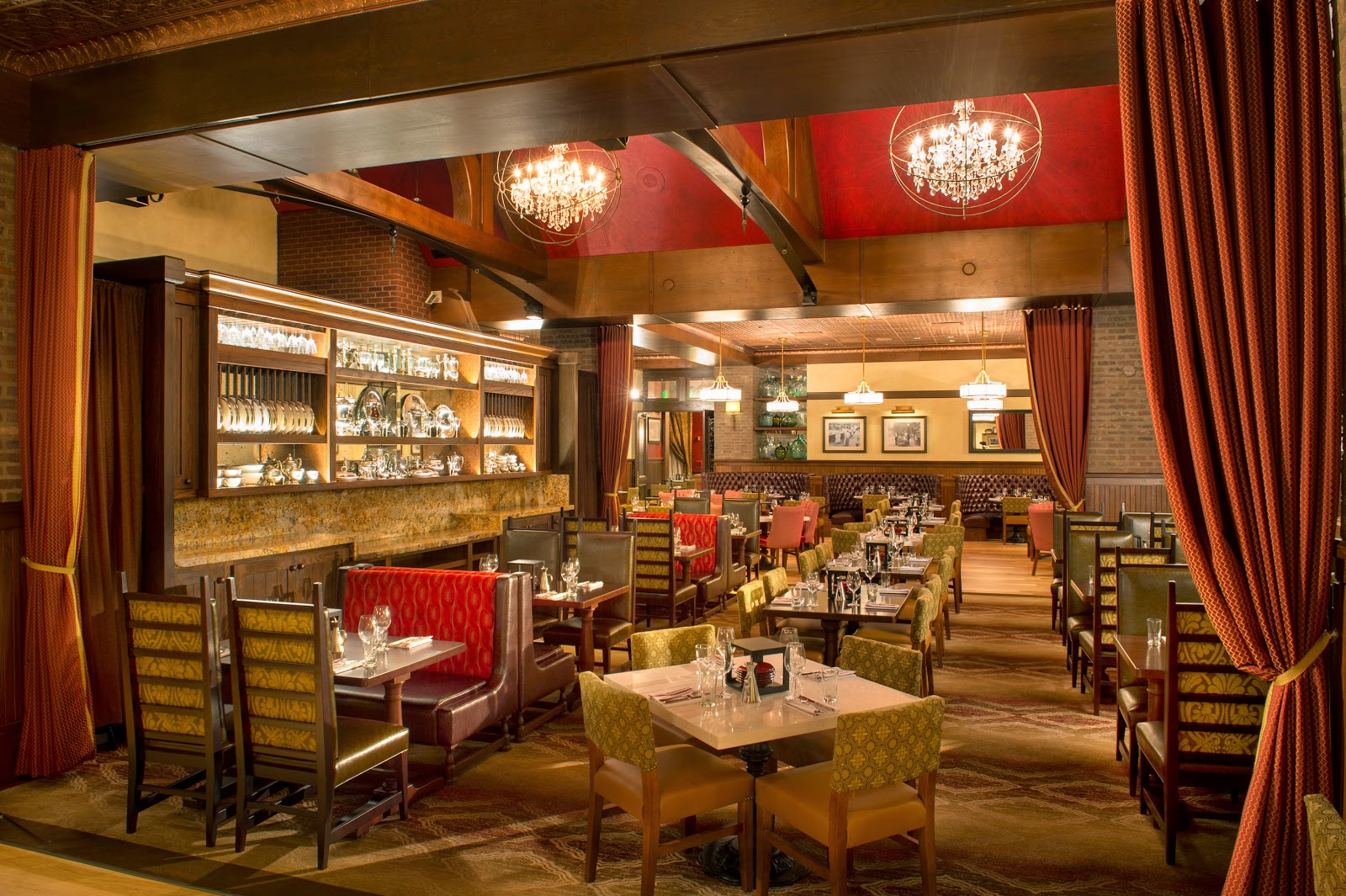 Imagine the colors, scents, savory tastes and boundless activity of a village marketplace in Africa. That sensory scene is coming to Disney’s Animal Kingdom with a spring 2015 opening planned for Africa Marketplace – a new shopping and dining option for park-goers in Harambe, the village anchoring the Africa section of the park. One highlight of the new space will be Harambe Marketplace, a new quick-service food and beverage location offering street-inspired dishes from walk-up windows. Guests will find plenty of shady places to relax and eat. For their convenience, the new space also will open up a new pathway from Africa to Bradley Falls and the Asia section of the park. Together with the new Harambe Theatre housing “The Festival of the Lion King,” the addition of Africa Marketplace will double the size of the original Harambe Village. Paired with previously-announced projects throughout the park, Disney’s Animal Kingdom is undergoing the largest expansion in its history. 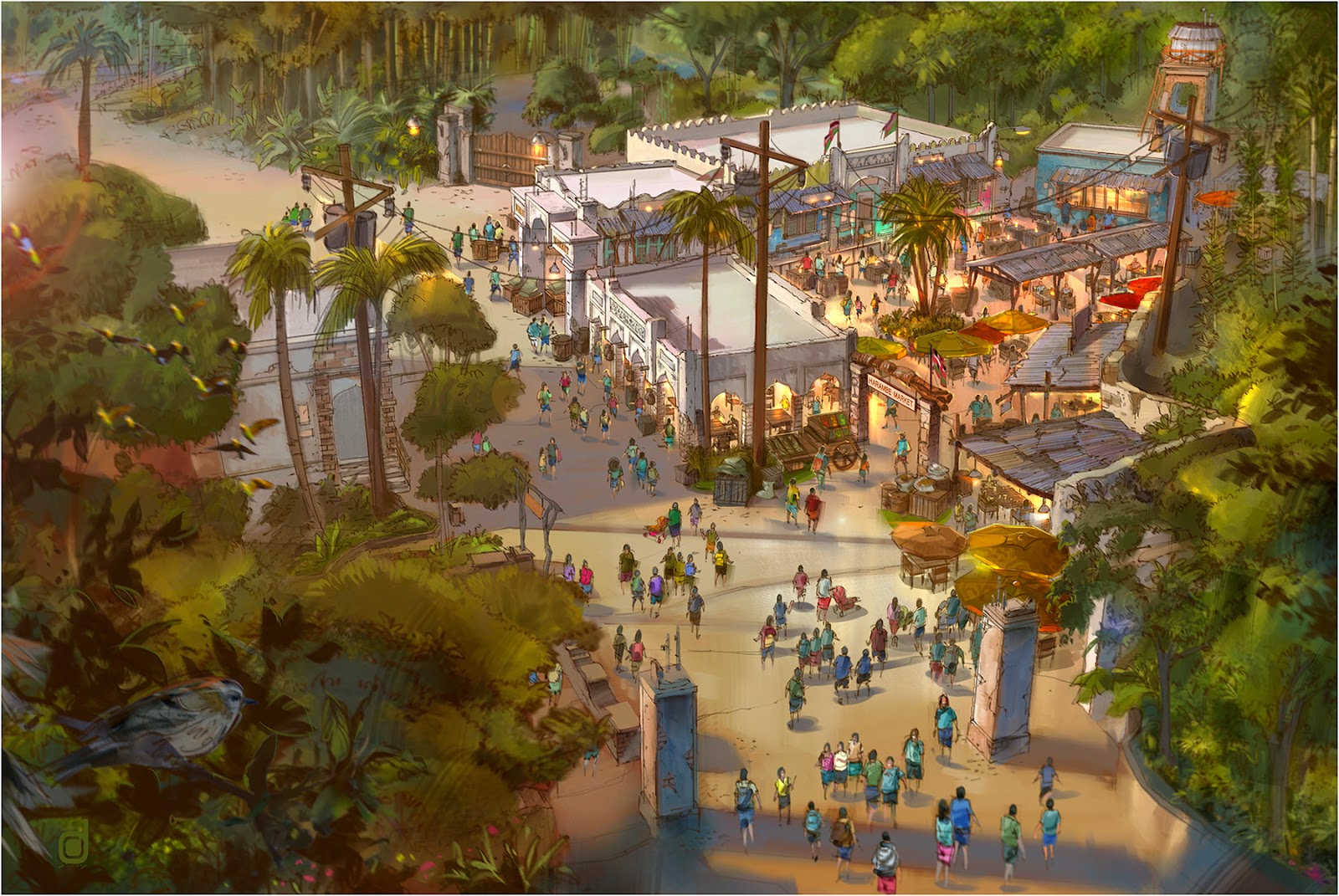 Fans will get an up close and personal look at some of the nation’s top pro soccer teams during the Walt Disney World Pro Soccer Classic Feb. 1, 2015 – March 1, 2015 at ESPN Wide World of Sports Complex. Entering its sixth year, Disney’s premier four-week soccer event is designed to boost interest in soccer throughout Central Florida and establish the area as a prime training and competition destination for professional soccer clubs. The event traditionally features eight pro teams – including six Major League Soccer squads – competing in 16 games. In 2014, the Columbus Crew defeated the defending MLS Cup Champions, Sporting Kansas City, to earn win the Disney Pro Soccer Classic title. After the tournament schedule is released, tickets can be purchased through Ticketmaster by visiting ticketmaster.com or calling (800) 754-3000 or through the ESPN Wide World of Sports Complex box office.

The Disney Princess Half Marathon Weekend presented by Children’s Miracle Network Hospitals, one of the largest women-specific half marathon weekends in the nation, takes place Feb. 19-22, 2015 at Walt Disney World Resort. There are races for all ages and levels, including runDisney Kids Races. For those who think a half marathon is just a walk in the park, runners can participate in the Disney Glass Slipper Challenge, which includes a 19.3-mile adventure over two days – the Disney Enchanted 10K on Saturday followed by the Disney Princess Half Marathon on Sunday. Runners who complete the Princess Half Marathon in February and the Tinker Bell Half Marathon presented by PANDORA Jewelry in May at Disneyland Resort will earn a special pink version of the runDisney Coast to Coast Race Challenge Medal. For an additional challenge and cruise vacation, runners who immediately follow the Princess Half Marathon Weekend race with a Disney cruise departing Monday, Feb. 23, can run the Castaway Cay 5K on Disney’s private island in the Bahamas to earn a specially designed Disney Castaway Cay Challenge Finisher Medal. For more information, guests may visit www.runDisney.com. 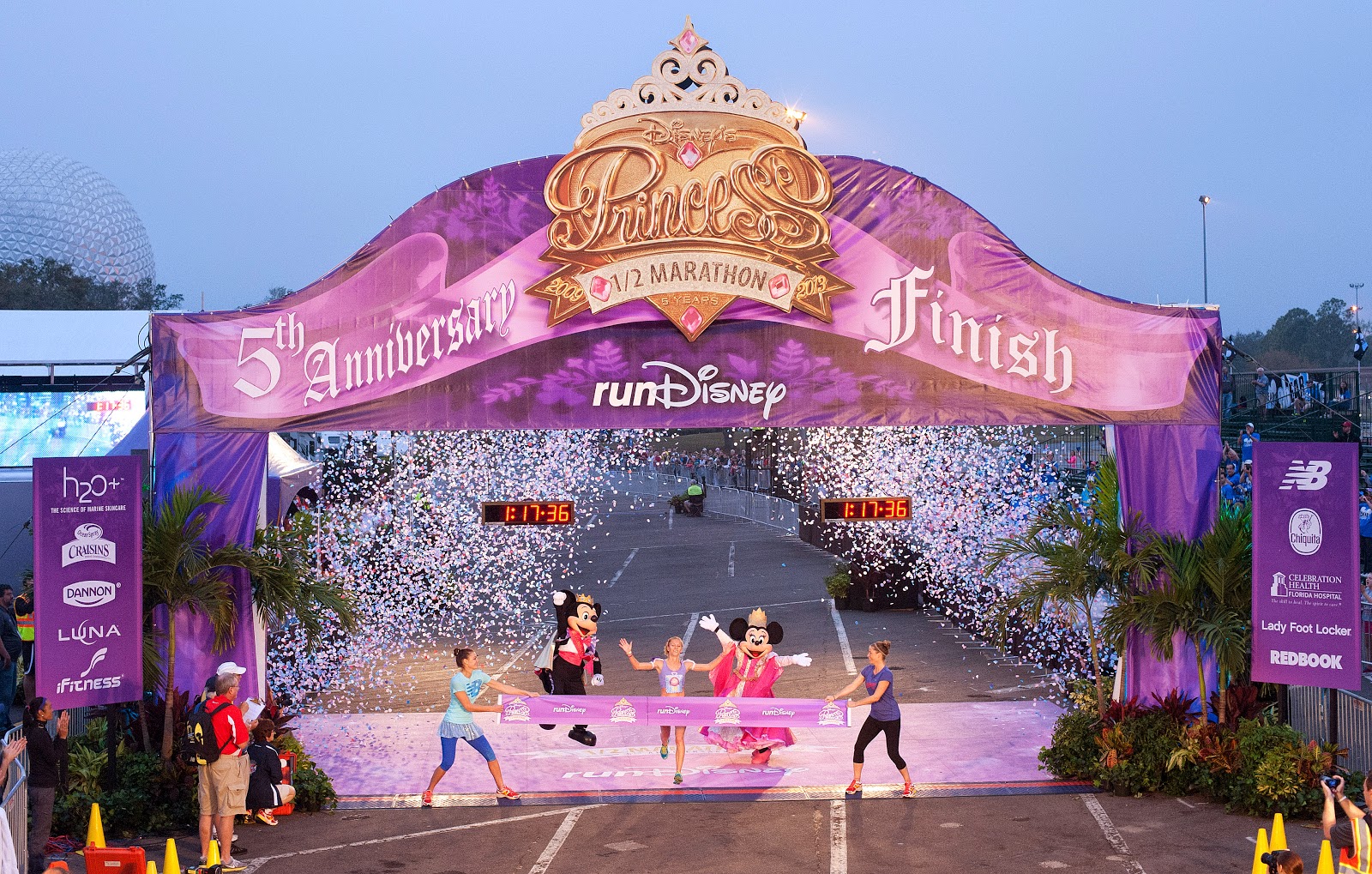 Disney’s Hollywood Studios welcomes a Starbucks location in Feb. 2015. The new store, The Trolley Car Café, will be themed to a classic trolley car along Hollywood Boulevard and offer a unique experience for coffee lovers visiting the park. Guests to the store also will be able to enjoy Disney baked goods and Starbucks’ La Boulange pastry items at the store. The Trolley Car Café will be the fourth location serving Starbucks products at Walt Disney World Resort. Locations are already open at Magic Kingdom and Epcot, as well as at Downtown Disney.

In 2015, Downtown Disney at Walt Disney World Resort continues its multi-year transformation into Disney Springs, a unique and vibrant shopping/dining/entertainment destination to be set amid beautiful open-air promenades, meandering springs and waterfront charm.

The Landing is the first phase of Disney Springs and will be home to unique and memorable dining experiences such as STK (opening in 2015), Morimoto Asia (opening summer 2015) and The BOATHOUSE (opening spring 2015), plus a number of still-to-be-announced innovative restaurants and boutique shops.

Anchored by a signature water tower and grand entry, Disney Springs will boast four interconnected outdoor neighborhoods and will be home to everything from shopping boutiques to flagship stores to great new restaurants and entertainment venues. With a planned completion in 2016, Disney Springs expects to double the number of venues to more than 150.

Spring will bloom in a big way with bountiful blossoms, colorful Disney topiaries, gardening seminars and flavors of the season when the 22nd Epcot International Flower & Garden Festival runs March 4 to May 17, 2015, at Walt Disney World Resort.

Dozens of Disney character topiaries, from Chip and Dale to Snow White and the Seven Dwarfs, will rule the festival kingdom in the park’s Future World and World Showcase, and popular Outdoor Kitchens will return with refreshing beverages and tantalizing tastes from the garden and grill.

Home and garden seminars, children’s play gardens and other popular festival features will return for the 75-day event.  At the Festival Center, interactive gardening workshops will set the stage for outdoor do-it-yourself inspiration, and guest speakers will cover the latest in outdoor trends and home and garden topics.

Guests can try new food and beverage tastes from Outdoor Kitchen menus and pose for selfies among whimsical topiaries, multiple themed gardens and children’s play areas. Disney-crafted “flower towers,” herb gardens and beds of multi-colored blooms will add to the floral splendor of the park’s landscape.  On the park’s Future World lakes, more than 200 mini-gardens will be set afloat.

Hundreds of butterflies of several species will dazzle guests at the festival’s screened butterfly house.  As the sun begins to set, illuminated gardens will brighten the evening and cast a magical glow across the park.

For more information about the 22nd Epcot International Flower & Garden Festival, call 407/W-DISNEY (934-7639).  As the festival nears, more details will be available at epcotinspring.com.  Festival events are included in regular Epcot admission.

Take Me Out to the Ball Game: Atlanta Braves Return to Champion Stadium at ESPN Wide World of Sports Complex for the 18th Season

The Atlanta Braves are back at ESPN Wide World of Sports for spring training and will take on some of baseball’s marquee teams. The Braves’ 18-game schedule includes showdowns with the St. Louis Cardinals, New York Yankees, Philadelphia Phillies, New York Mets and Detroit Tigers. The 2015 season which runs from early March to early April will mark the 18th consecutive year the Braves have held their spring training at ESPN Wide World of Sports Complex. Guests will be treated to unique game-day entertainment and additional fan experiences, including character appearances and an exclusive on-field spectator experience.  Information on the Braves’ Spring Training season, group tickets and mini-packs is available by calling (407) 939-GAME (4263) and online at espnwwos.com/atlantabraves. As the Braves’ spring training schedule is released, individual game tickets are available through Ticketmaster by calling (800) 745-3000 or visiting ticketmaster.com, as well as at the sports complex box office.

The Force returns to Disney’s Hollywood Studios on May 15, 2015 as Star Wars Weekends combines the fun and adventure of the Star Wars film franchise with the magic of Disney Parks. The 2015 event will feature Star Wars characters roaming the theme park for meet-and-greet opportunities, star conversations with Star Wars celebrities, a Star Wars motorcade through the park, interactive activities, exclusive merchandise and more. Star Wars Weekends will be held every weekend (Friday, Saturday and Sunday) from May 15-June 14: 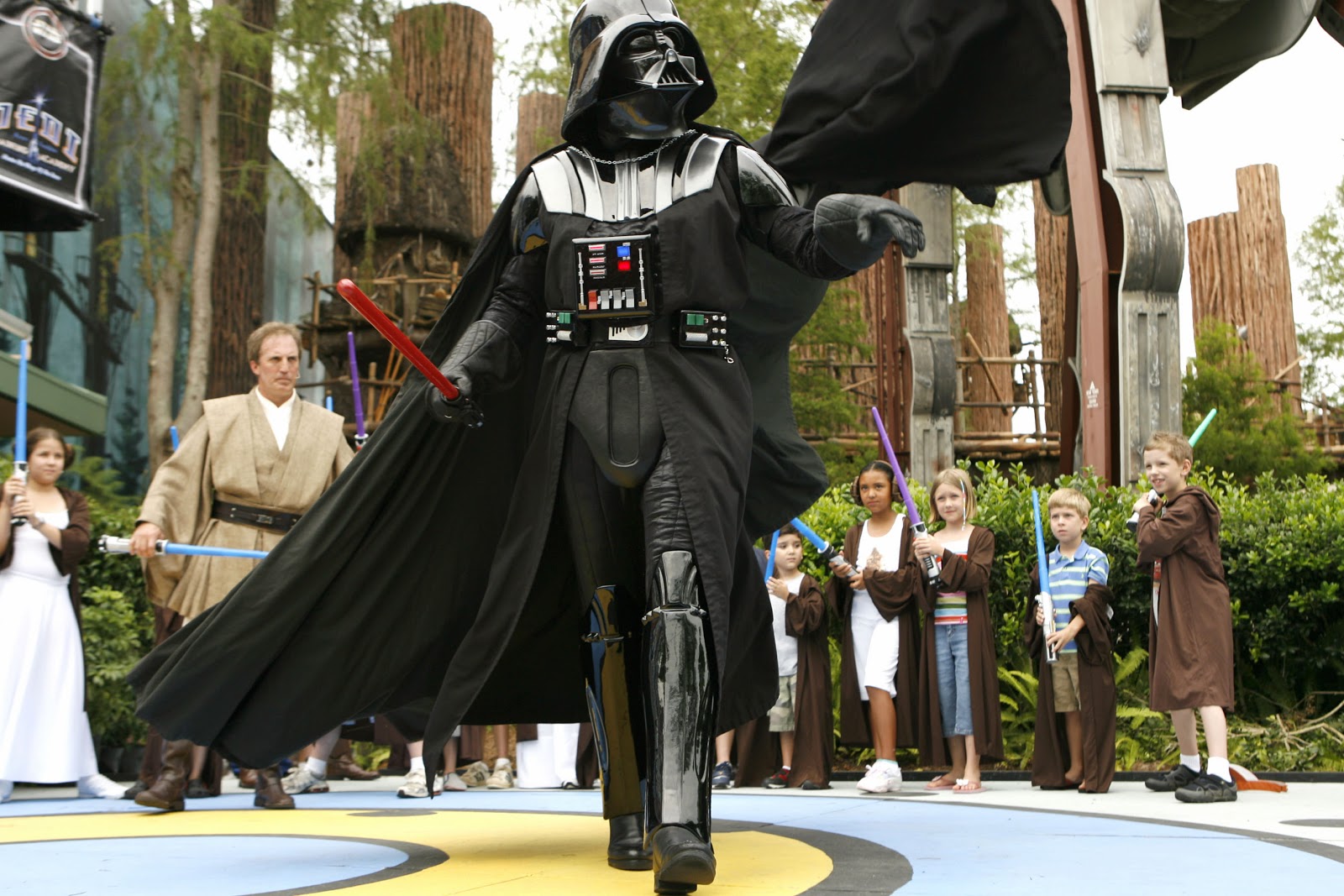 Make Magic on the Field and Off at Disney Spring Training

Disney Spring Training at ESPN Wide World of Sports Complex will give teams a head start in 2015 as more than 400 high school and college teams from across the country will travel to Walt Disney World to begin training for their upcoming season in baseball, golf, lacrosse, rugby, softball, tennis and track & field. Schools will have an opportunity to take their teams to the next level with a customizable schedule full of on-field practices, scrimmages and an opportunity to participate in a one-hour speed and agility clinic with renowned former US Olympic track & field coach Brooks Johnson and NFL performance trainer Tom Shaw.
Posted by mikeandthemouse at 9:30 AM