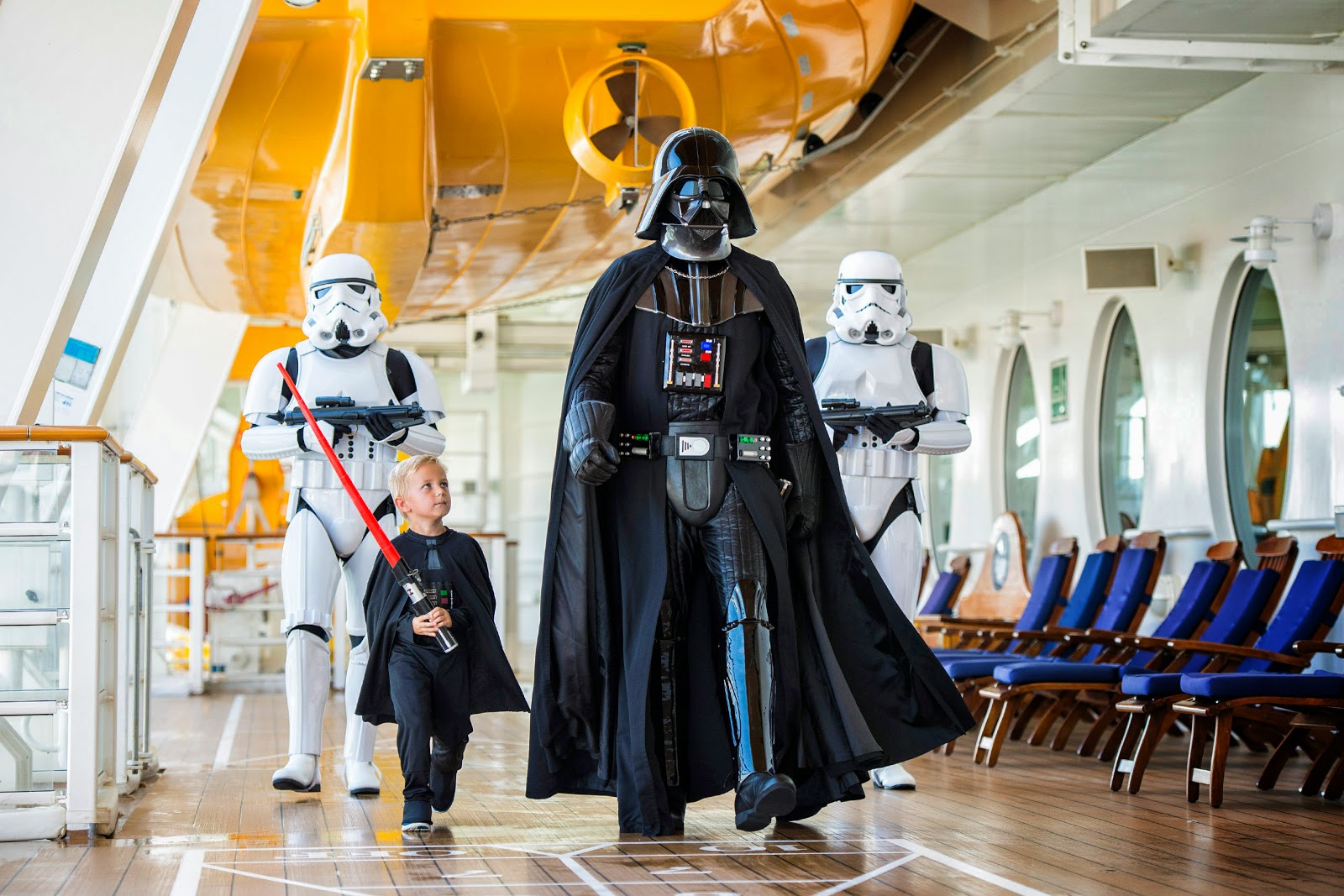 In 2016, Disney Cruise Line guests can celebrate the legendary adventures and iconic characters from the Star Wars saga during a brand-new, day-long celebration aboard eight special sailings on the Disney Fantasy: Star Wars Day at Sea.

Marking the first official appearance of the heroes and villains of Star Wars aboard a Disney Cruise Line ship, Star Wars Day at Sea combines the power of the Force, the magic of Disney and the excitement of cruising for an out-of-this-galaxy experience unlike any other. 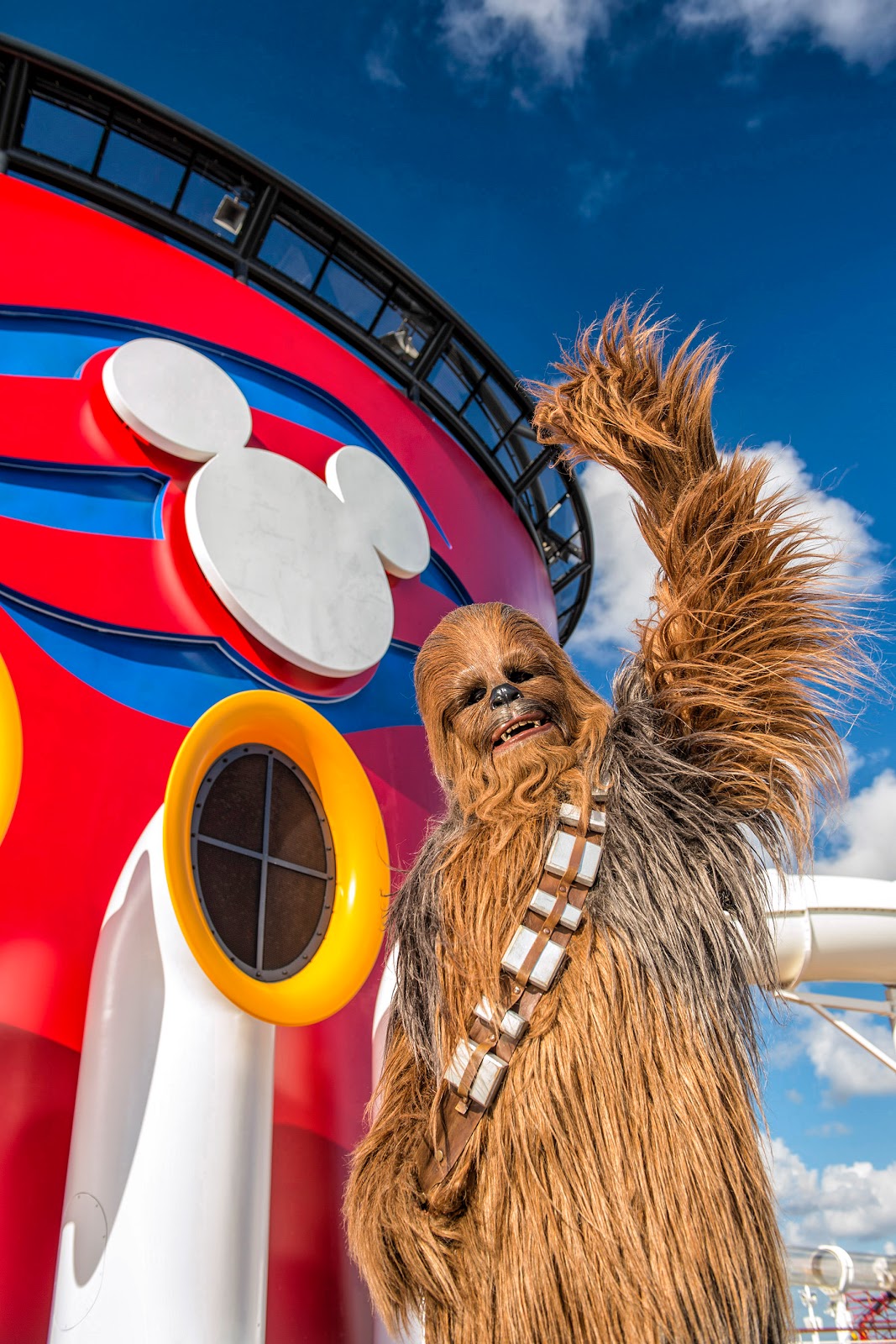 Occurring one day during each of eight Disney Fantasy sailings, Star Wars Day at Sea will transport guests to a galaxy far, far away — in the Western Caribbean. The event features a full day of Star Wars celebrations, including a deck party, meet-and-greets with favorite characters, Star Wars-themed youth activities, unique food and beverage offerings, and special merchandise. 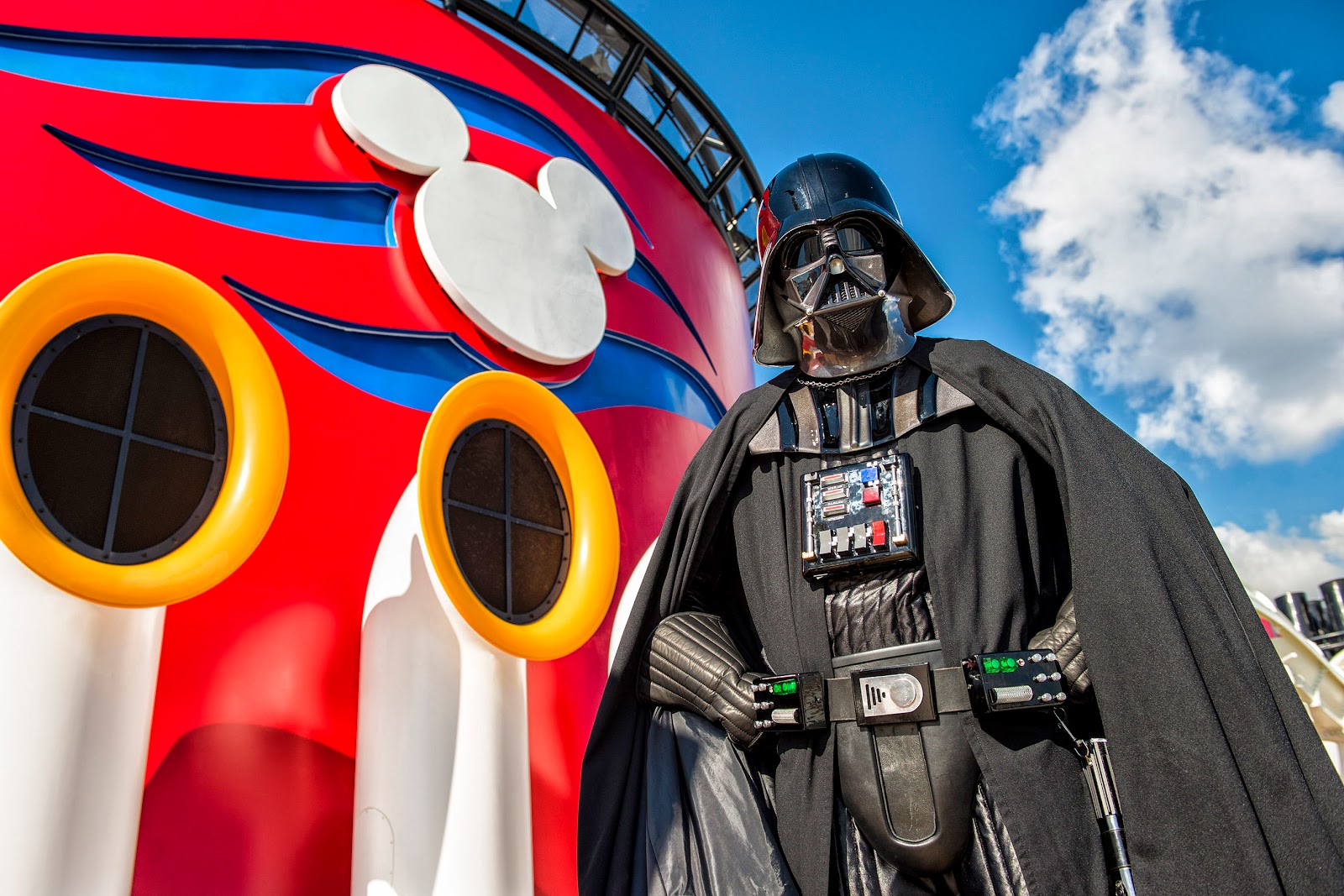 Throughout the day, Star Wars Younglings, Padawans and Jedi Masters alike will enjoy the immersive entertainment. Intergalactic highlights include:

Posted by mikeandthemouse at 10:35 AM