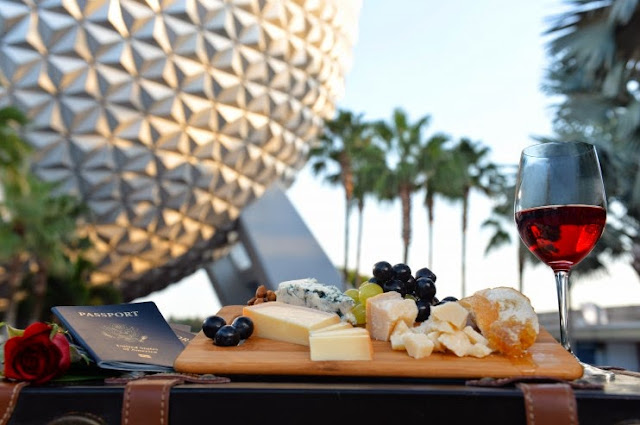 During the 53-day festival, the new Artistry of Wine & Cheese area featuring the Cheese Studio and Wine Studio marketplaces will evoke the ambiance of Napa Valley with grape vines and welcoming pergolas along the walkway to Future World West.


At the new Next Eats area near the Epcot Character Spot, Sustainable Chew and Chew Lab marketplaces will be inspired by ABC’s Emmy-Award® winning lifestyle series “The Chew,” starring co-hosts Mario Batali, Michael Symon, Carla Hall, Clinton Kelly and Daphne Oz. “The Chew” announced July 2 that the show will broadcast from Epcot during the festival.


“The Future World festival marketplace expansion gives our guests more reasons than ever to help us celebrate 20 delicious festival years,” says Jens Dahlmann, general manager of Epcot Food & Beverage. “Adding even more sizzle, our collaboration with ABC’s ‘The Chew’ brings the cachet of a major daytime network television series and its celebrity hosts.”


At the new Artistry of Wine & Cheese, each keg of premium wine on tap will hold the equivalent of 26 wine bottles, eliminating bottle, cork, cardboard and paper waste from labels. Recycling and repurposing of glass bottles and corks from other marketplace locations will be part of the 20th-year festival story.

The Party for the Senses grand tasting events, and other special beverage and culinary programs require reservations and separate event admission. Reservations will open July 30, 2015, for all premium events including the new Rockin’ Burger Block Party. Guests can call 407/WDW-FEST (939-3378) and get details at epcotfoodfestival.com beginning July 15.
Posted by mikeandthemouse at 11:35 AM