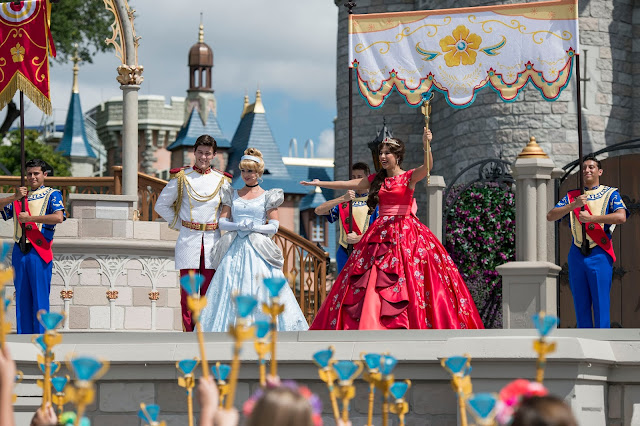 Walt Disney World Resort will be the place where families can see Disney’s newest princess – the first inspired by diverse Latin cultures – Elena of Avalor. “The Royal Welcome of Princess Elena” is a live performance that will be presented several times daily at Magic Kingdom Park. Its limited-engagement begins August 12.

In the special welcoming ceremony on the Cinderella Castle Forecourt Stage, Cinderella and Prince Charming will host their newest royal friend and invite her to share her amazing story with park guests. As part of the show, Elena will recount her magical adventures and triumphant return to Avalor through the song, “My Time.” 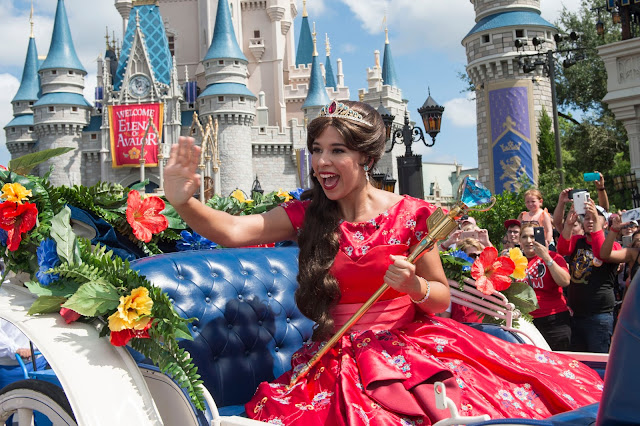 While Elena’s music makes the new show shimmer and sparkle, so does the new princess’ vibrant royal gown and glittering crown. Rich in color and detail, the gown reflects Elena’s special qualities and cultural origins. The one-of-a-kind gown is made from 14 yards of crimson Avaloran satin, embroidered with more than 900 flowers that represent her kingdom and family. The beautiful crown she wears holds 222 dazzling jewels. 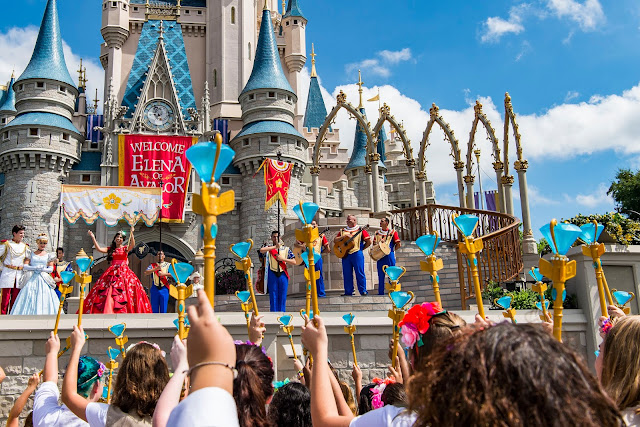 Elena’s debut at Walt Disney World follows the launch of the new animated series, “Elena of Avalor,” which premiered in a simulcast on Disney Channel and Disney Junior on July 22. It ranks as the #1 series telecast among all kid-targeted TV networks in Total Viewers, Kids 2-11 and Adults 18-49, for 2016 to-date.

A brave and adventurous teenager, Princess Elena embodies all the qualities of a classic Disney princess, displaying thoughtfulness, resilience and compassion. She has the heart and mind of a true leader, making her a princess for everyone. 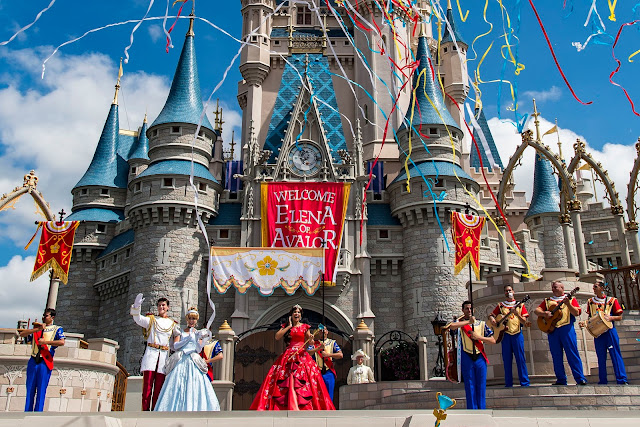 Fans of Princess Elena can find specialty merchandise like her dress, crown, and scepter throughout stores at Walt Disney World Resort. 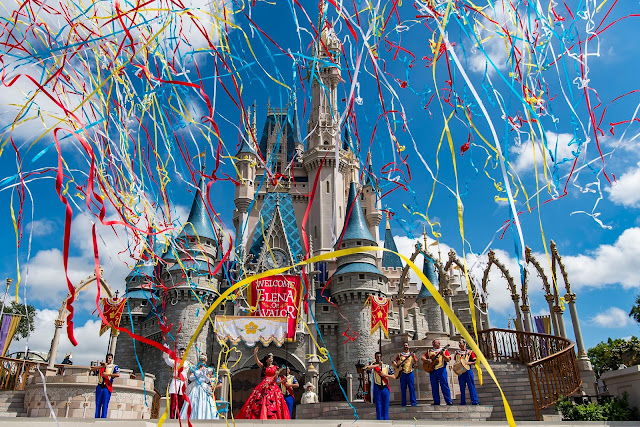 Elena will make her debut at Disneyland Resort at Disney California Adventure this fall.

About Elena of Avalor
Set in the enchanted fairytale kingdom of Avalor, the stories of “Elena of Avalor” incorporate influences from diverse Latin and Hispanic cultures through architecture, traditions, food and customs. Magic, mythology, folklore and music also play an important role, with each episode featuring original songs spanning an array of Latin musical styles including Mariachi, Latin Pop, Salsa, Banda and Chilean Hip Hop. The series airs Fridays at 7:30 p.m. EDT on Disney Channel and weekends at 11:00 a.m. EDT on Disney Junior.

Photos courtesy of the Walt Disney World Resort
Posted by mikeandthemouse at 3:42 PM