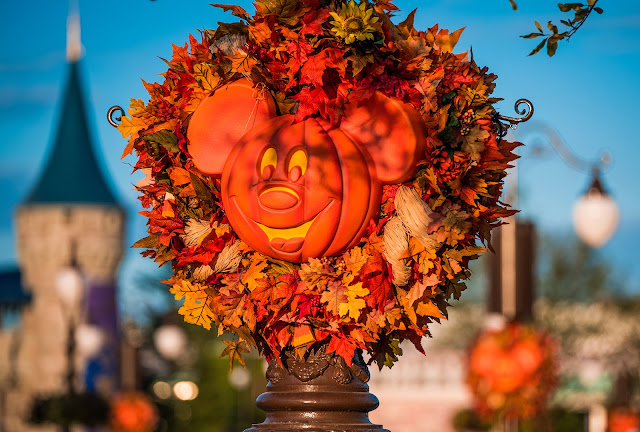 The arrival of fall marks one of the best times of the year to indulge in sips, savors, songs and scares across the Walt Disney World Resort. Special events and seasonal celebrations all add up to create the “WonderFALL” World of Disney.

Here’s some of what’s in store this fall:

Epcot
The most delicious time of year is underway at the Epcot International Food & Wine Festival. Running now until November 14, the 21st epicurean adventure features five new marketplaces, and for the first time in the Festival’s history, an expansion into the Disney resorts. At Disney’s Grand Floridian Resort & Spa there’s a fabulous “brunch with a twist” prepared by top chefs from across Walt Disney World Resort. Guests can also get a behind-the-scenes look at Trader Sam’s Grog Grotto at Disney Polynesian Village Resort. Interactivity is also a star of the Festival this year, providing guests the chance to prepare food and drinks along-side Disney and celebrity chefs and mixologists. 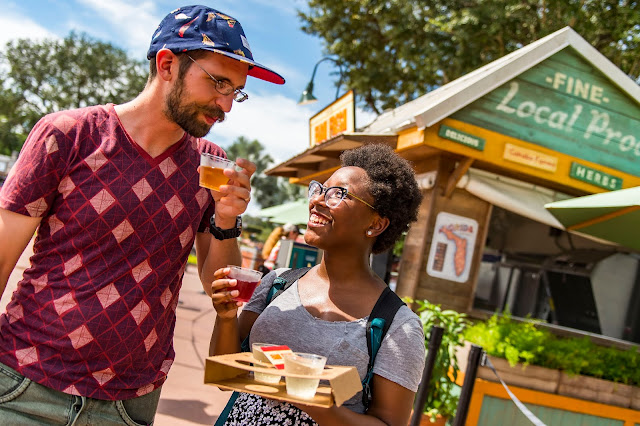 Eight new acts join the Eat to the Beat concert series, including Plain White T’s, Soul Asylum and Jeffrey Osborne. For those who want a music-and-meal combination, dining packages guarantee seats to popular restaurants including Le Cellier, Les Chefs de France and Spice Road Table and to that evening’s concert. This year, premium events like the themed Party for the Senses and Rockin’ Burger Block Party include different live entertainment each night.

While guests explore the 30 marketplaces around World Showcase, they can stop by the Norway Pavilion to visit the kingdom of Arendelle in the new Frozen Ever After attraction. Beloved characters, songs from the hit movie “Frozen” and an icy-blast await. Princesses Elsa and Anna are also in residence at their nearby Royal Sommerhus vacation cabin where guests can meet them in person. 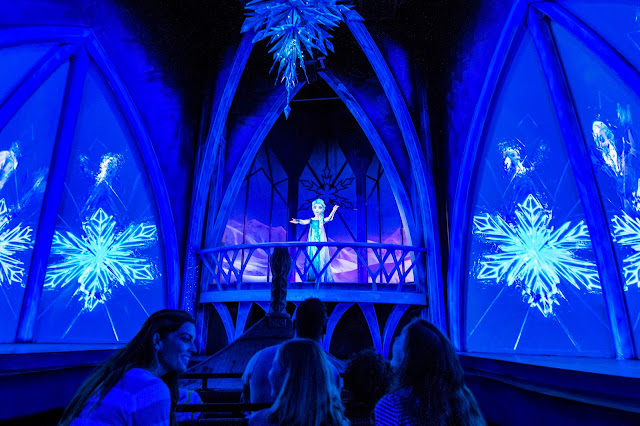 After tasting their way around the globe, guests can fly around it: Soarin’ Around the World is a multisensory, hang-gliding-like adventure over the most popular landmarks and stunning sights across six continents. 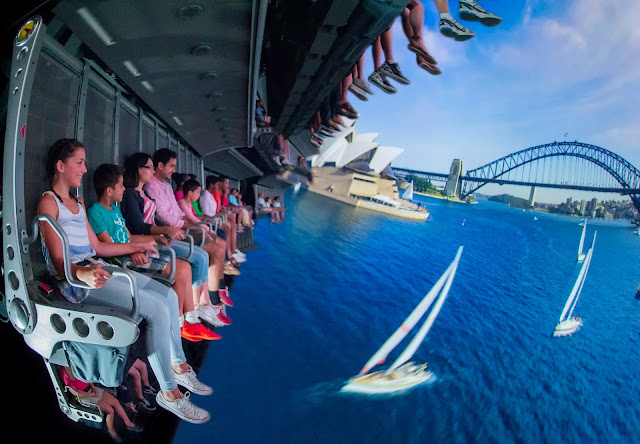 Magic Kingdom
Happy haunts come out to socialize when Mickey’s Not-So-Scary Halloween Party takes place at Magic Kingdom Park on 29 select nights now through October 31. Favorite Disney Characters join the fun, decked in costumes and ready for trick-or-treating. In between the treat trails and attractions, live entertainment stirs up mischief: the Sanderson Sisters return to the Cinderella Castle stage for the Hocus Pocus Villain Spelltacular. Partygoers can also catch the eerie and whimsical procession of “Mickey’s Boo-To-You Halloween Parade” before the “HalloWishes” fireworks spectacular lights up the sky. 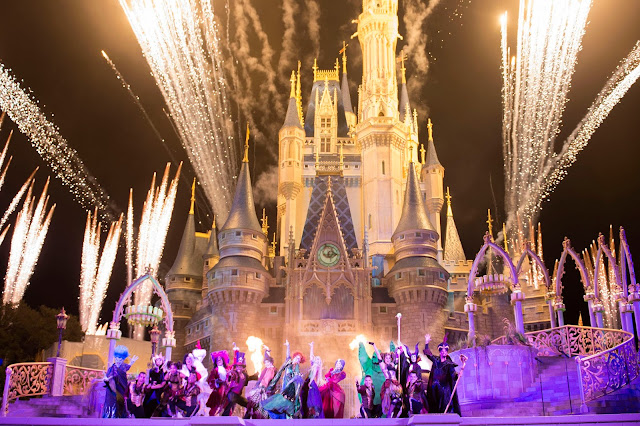 For guests who prefer their treats during daylight hours, the Magic Kingdom is all decked out with festive fall decor. New park entertainment includes the new Mickey’s Royal Friendship Faire that brings together Mickey Mouse and his pals for a musical celebration on the castle stage. The daily show features Disney’s contemporary characters and classic songs. 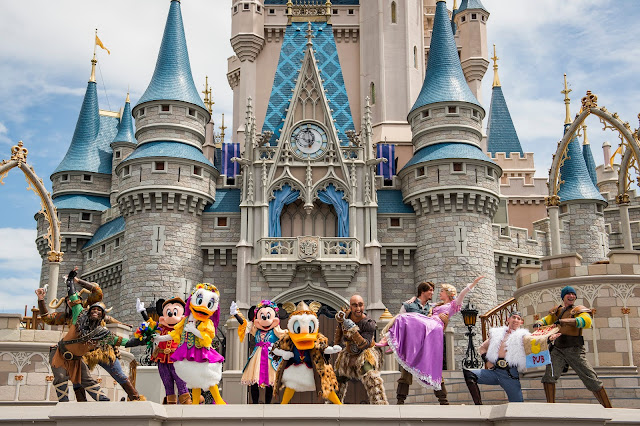 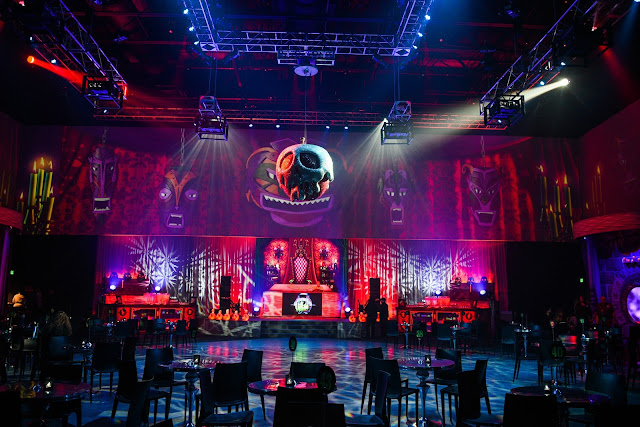 An out-of-this-world fireworks and projection show fueled by The Force paints the sky over Disney’s Hollywood Studios nightly in Star Wars: A Galactic Spectacular. Set to the stirring and unforgettable music from the saga, this visual journey takes guests scavenging with Rey on Jakku, navigating through an asteroid field, soaring down the trench of the Death Star and delivering the final blow to destroy Starkiller Base, transporting guests to a galaxy far, far away.

Disney’s Animal Kingdom
Mystery and majesty come alive as night “falls” at Disney’s Animal Kingdom. The theme park’s iconic Tree of Life undergoes extraordinary “awakenings” throughout the evening as animal spirits are brought to life by magical fireflies that reveal colorful stories of wonder and enchantment. Animal encounters shift at twilight, too, as darkness camouflages the boundaries between wildlife and guests on sunset excursions with Kilimanjaro Safaris.  Guest can also dance alongside African performers in Harambe and indulge in the new signature restaurant, Tiffins. 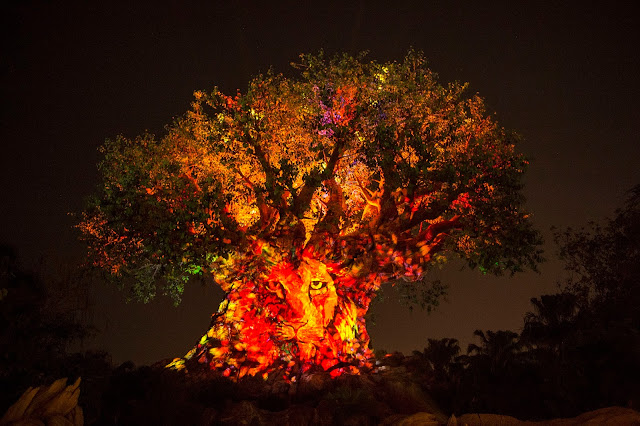 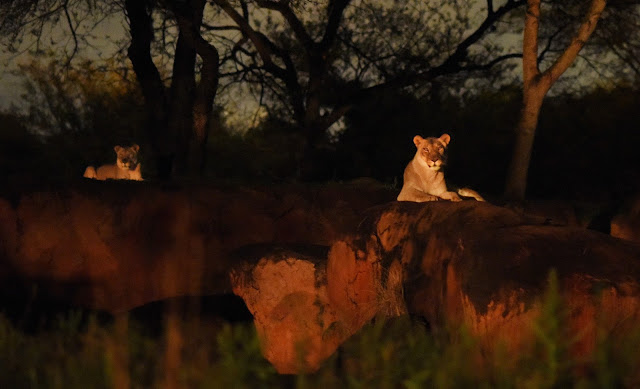 Florida’s ideal fall weather means it’s the perfect time to sip a cocktail or indulge in a meal created by a celebrity chef at one of the many new waterfront restaurants.
Posted by mikeandthemouse at 2:38 PM