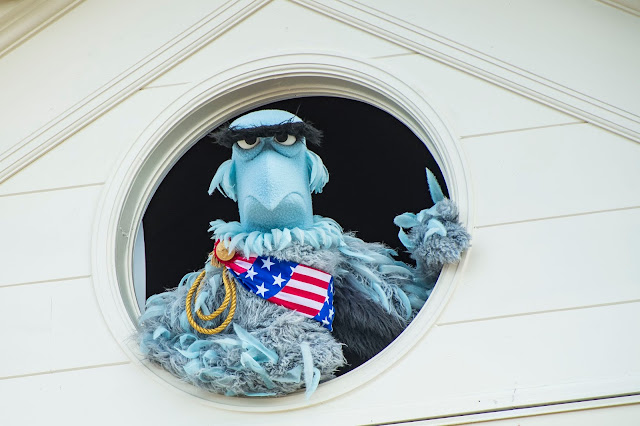 Sam Eagle, the fiercely patriotic American eagle who is forever trying to set a high moral standard for the Muppets, joins Kermit the Frog, Miss Piggy, Fozzie Bear, The Great Gonzo and James Jefferson, town crier of Liberty Square, as they gather outside The Hall of Presidents to present historical tales in hysterical Muppets fashion. From the midnight ride of Paul Revere to the signing of the Declaration of Independence, the Muppets will appear throughout the day to share their own unique take on the founding fathers and the birth of the United States of America. 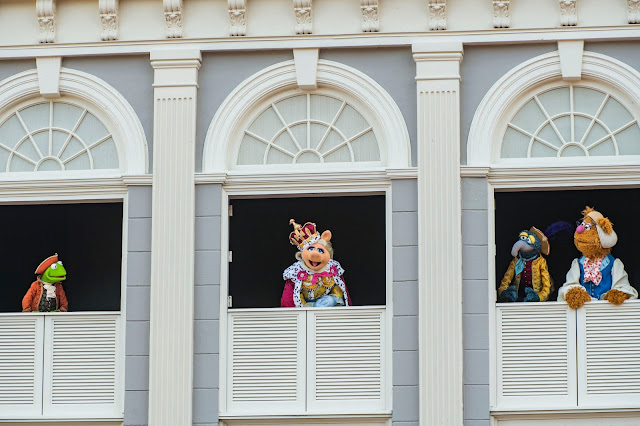 The Muppets:
For over 60 years, the Muppets have entertained film and television audiences with their unique blend of heart and humor. The creation of the late visionary Jim Henson, the Muppets are among the world’s most recognized and beloved characters. Since the Muppets joined The Walt Disney Company in 2004, they have starred in award-winning feature films, television specials and movies, music videos and most recently, the ABC primetime series The Muppets. They have made hundreds of high-profile appearances, have their own attraction at Walt Disney World and are featured in a wide array of Muppet merchandise. Follow the Muppets at: https://twitter.com/TheMuppets