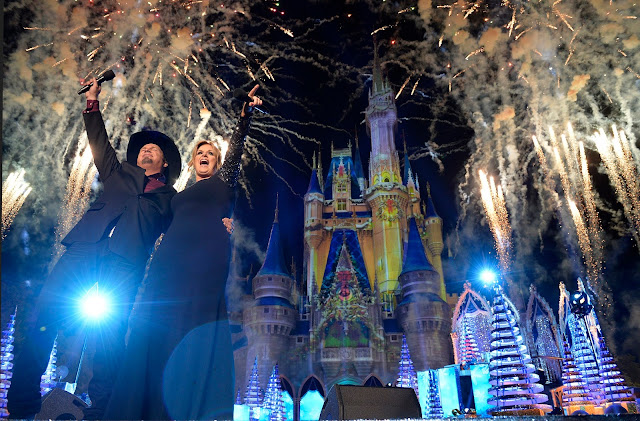 Following a festive kick-off to the holidays that began Thanksgiving Day with two new broadcast specials, Disney Parks will close out 2016 with its most cherished seasonal tradition of all – the annual Christmas Day spectacular. “The Disney Parks’ Magical Christmas Celebration” airs Sunday, December 25, 2016, on the ABC Television Network (10a.m. – 12 p.m. ET; airtimes vary; check local listings) and on the ABC and the Disney Channel apps.

Ushering in its 33rd year are the dynamic brother-sister duo from “Dancing with the Stars,” Julianne Hough and Derek Hough, who will present the two-hour ABC special from the Walt Disney World Resort. The season’s most eagerly awaited celebration culminates with the fan-favorite Christmas parade delivered by Disneyland correspondent, Good Morning America’s Jesse Palmer from the action-packed parade lines alongside other exciting celebrity guests.

Beyond offering an all-star performance lineup featuring the biggest names in music and entertainment, the joyous program will provide viewers with a necessary holiday reminder: the importance of family togetherness. Following the inspirational stories of the families introduced in the Thanksgiving Day special, the telecast will feature heartwarming moments between loved ones, reinforcing the notion that Christmas is all about friends and family coming together.

Taking viewers on a magical ride down Main Street U.S.A. and beyond, the Christmas Day festivities will be bigger and brighter than ever before. A complete list of musical performances is included below.


In keeping with the spirit of the season, Disney Parks around the world are festively cast with spectacular experiences and special castle lighting moments, making them the perfect destinations for families celebrating the holidays and for the beloved ABC special.


The 33rd annual Christmas celebration airs nationwide on December 25 at 10 a.m. EST and 9 a.m. CST, MST and PST on the ABC Television Network. The show will also be available on the ABC and the Disney Channel apps.

To stay updated on the Christmas Day telecast on social media, follow along with the #DisneyChristmasCelebration hashtag.
Posted by mikeandthemouse at 3:20 PM