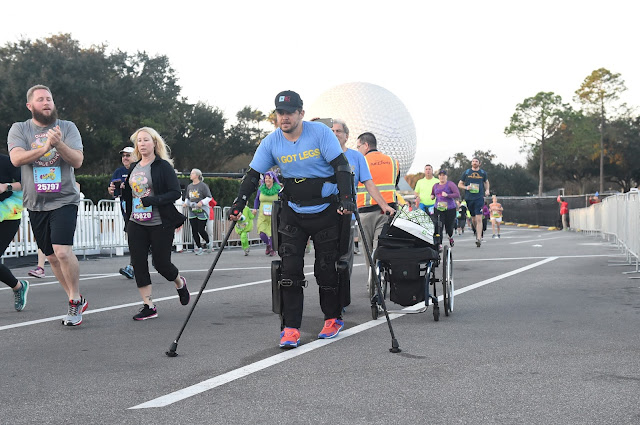 Talk about overcoming the greatest of odds...

Adam Gorlitsky, (Charleston, S.C.) took part in the Walt Disney World 5K on Thursday despite being paralyzed from the waist down. With a throng of spectators cheering him on along the way, Gorlitsky, 30, participated in a portion of the 5K with the use of a robotic suit that enables him to stand and walk. 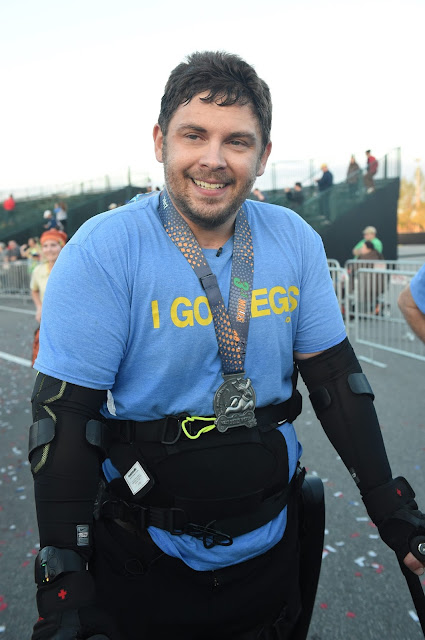 Gorlitsky lost his mobility 10 years ago when his spine was severed at the T9 level in a car accident. He was told by doctors that he would never walk again.

But his prospects changed dramatically in recent years when he was chosen as a candidate for the wearable exoskeleton machine that allowed him to stand and walk again for the first time since the accident. Since April 2016, he has walked in a few races using the suit, challenging what it means to be a paraplegic. This weekend, Gorlitsky will participate in not one, but in parts of all four races of the Walt Disney World Marathon Weekend presented by Cigna.

runDisney weekends always have some amazing stories, but this one has to be one my favorites. 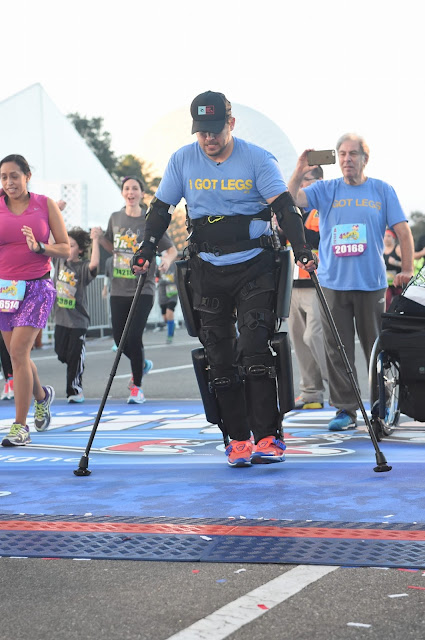 Learn more about runDisney at www.runDisney.com
Posted by mikeandthemouse at 2:39 PM