Star Wars: Galactic Nights - here's what you need to know! 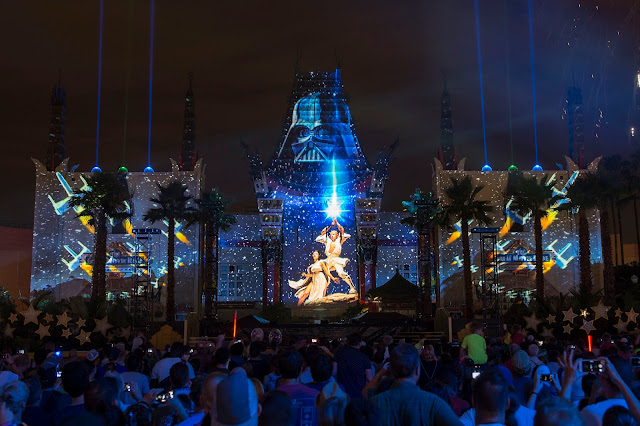 Heading to Star Wars: Galactic Nights at Disney's Hollywood Studios this Saturday night? Here's what you need to know:

Star Wars: Galactic Nights takes place on Saturday, December 16 from 7:00pm until 12 Midnight. Guests are able to enter as early as 5:00 pm with their ticket.

Tickets are still available and can be purchased directly from Disney by clicking Star Wars: Galactic Nights Tickets. There is a discount for AP Holders and DVC Members, so make sure you are signed in. You can also call direct at 407-W-DISNEY (407-934-7639).

Here's a breakdown of the entertainment and offerings that will be available throughout the evening: 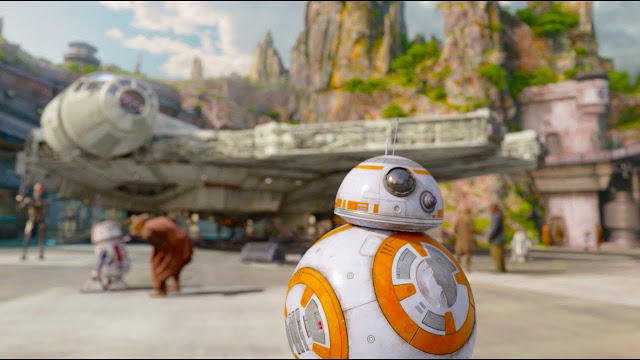 Inside Star Wars: Galaxy's Edge
Join host David Collins—a voice actor known for his work on Star Wars: The Force Awakens and Rogue One: A Star Wars Story—and an expert panel of team members from Walt Disney Imagineering and Lucasfilm, including:


They’ll take you around the galaxy and inside the making of Star Wars: Galaxy’s Edge, the 14-acre expansion scheduled to open in 2019 at Disneyland Park and Disney's Hollywood Studios.

During this fascinating sneak peek, find out what it’s like to bring the epic saga to life—from the big screen to the real world! You’ll learn about the design, development and progress of Star Wars: Galaxy’s Edge as the Imagineers reveal how they’re creating real-life versions of all the iconic things that make Star Wars so spectacular. 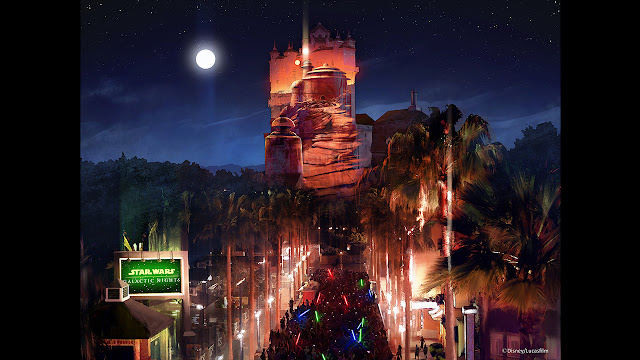 Star Wars: Galactic Destinations
Watch as the Hollywood Tower Hotel is transformed with state-of-the-art projections, special effects and lighting to depict spectacular destinations from across the Star Wars galaxy. The stellar Star Wars cinematic score adds to this awe-inspiring experience.

Projections on Sunset Blvd. will take place from 7:00pm - 12 Midnight

Jedi Training (ages 4-12)
Jedi Knights have assembled Force-sensitive children from throughout the galaxy to test their abilities during Jedi Training: Trials of the Temple.

Under the tutelage of the Jedi, the recruits learn how to use the Force—and their wit—to wield lightsabers. Now that the Empire has driven the Jedi to the distant corners of the galaxy, the training must proceed in secret at ancient Jedi temples.

But not even this precaution can shield the Jedi from the evil forces of the Dark Side for long. Soon, the temple opens and the students are challenged to use their new skills when they come face-to-face with their greatest fears—in the frightening form of notorious Star Wars villains!

Rebel Base - Star Wars: Galactic Nights Event Hub
Make your way to the special event hub with a DJ dance party! Head to the main stage to find your home for ongoing event information, hosted shows, interactive moments and more! 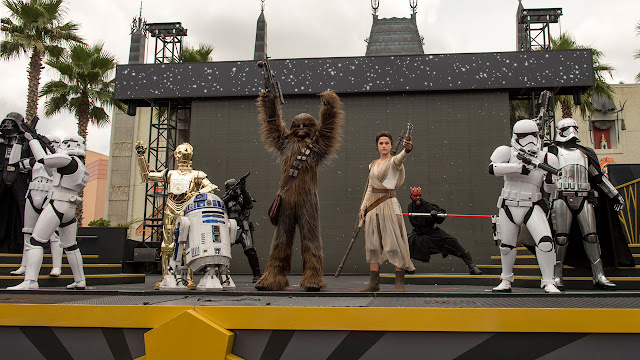 Star Wars: A Galaxy Far, Far Away
Witness iconic Star Wars moments live during this special event performance. Taking place in front of the park’s iconic Chinese Theater, Star Wars: A Galaxy Far, Far Away gives Guests of all ages the chance to watch in wonder while Characters like Kylo Ren, Chewbacca and BB-8 recreate some of the Saga’s most famous scenes—right before your eyes! Buckle up for high-energy clips featuring standout moments from the Saga while enjoying action-packed Character appearances onstage from Chewbacca, Darth Vader, Kylo Ren and many more.

Imperial March
Clear the way for Darth Vader as the feared-and-revered Sith Lord leads a battalion of Stormtroopers down Hollywood Boulevard during a dramatic Imperial March to the event stage. 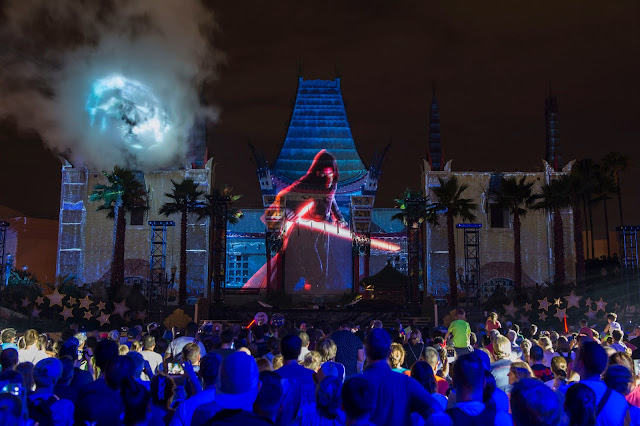 Plus, before you’re thrust into the middle of the action starring the Skywalker family, keep your attention glued to the main stage for a special interactive pre-show—exclusive to the event!


Please note: panelists and entertainment experiences are subject to change without notice.

All photos are property of the Walt Disney World Company.
Posted by mikeandthemouse at 4:48 PM