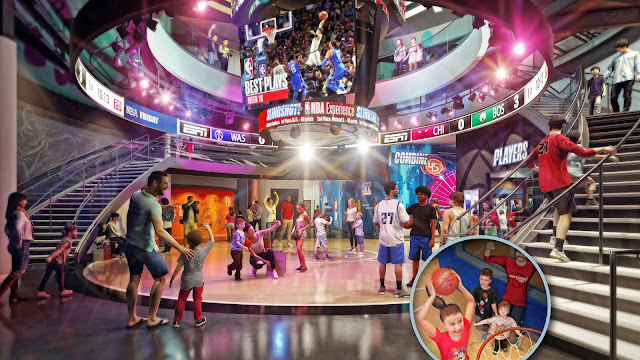 In collaboration with the NBA, Disney is developing NBA Experience as a one-of-a-kind environment packed with 13 interactive elements and hands-on activities across 44,000 square feet and two floors. NBA Experience will give guests the chance to feel like a basketball superstar.

“When we were young, we played basketball in our driveways or in the park, creating those imaginary moments of making the game-winning shot for a championship,” said Stan Dodd, executive producer, Walt Disney Imagineering. “We want to take that energy and help you feel what it’s like to be an actual NBA or WNBA player.” 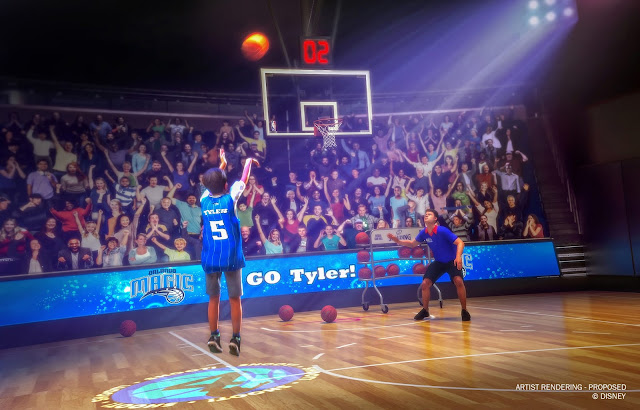 Upon entry to NBA Experience, guests will feel as if they’re walking through the players’ tunnel at an NBA or WNBA arena. A ticket to NBA Experience grants access to every activity, in any order guests choose, with the ability to return to stations to improve performances or learn even more about the game, players and teams they love. In addition to the competitions and games, the experience will also include a retail store featuring NBA-themed merchandise.

Additional elements of the destination include:


Tickets to NBA Experience are now on sale, with grand opening for this incredible entertainment destination planned for Aug. 12, 2019. Priced at $34 (plus tax) for adults (ages 10 and older), and $29 (plus tax) for children (ages 3-9), tickets are available wherever Walt Disney World tickets are sold, including Disneyworld.com/NBAExperience and any Walt Disney World ticket window. 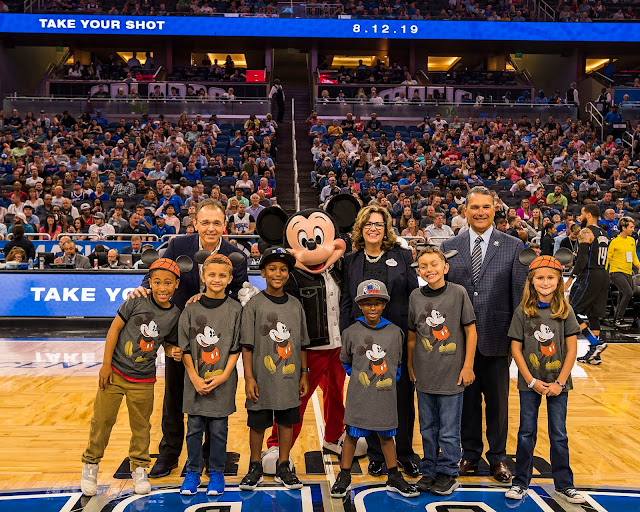 ABOUT DISNEY SPRINGS
Disney Springs is a one-of-a-kind retail, dining and entertainment district located in the heart of the Walt Disney World Resort in Florida. With its namesake springs, beautiful open-air promenades and lakefront setting, Disney Springs evokes the charm of Florida waterfront towns at the turn of the 20th century. It’s also home to a collection of more than 150 shops, entertainment venues and restaurants, including top-name retail brands, specialty boutiques and dining experiences created by celebrity and award-winning chefs. Located in Lake Buena Vista, Fla., Disney Springs is open daily.

ABOUT NBA
The NBA is a global sports and media business built around four professional sports leagues: the National Basketball Association, the Women’s National Basketball Association, the NBA G League and the NBA 2K League.  The NBA has established a major international presence with games and programming in 215 countries and territories in 50 languages, and merchandise for sale in more than 100,000 stores in 100 countries on six continents.  NBA rosters at the start of the 2018-19 season featured 108 international players from 42 countries and territories.  NBA Digital’s assets include NBA TV, NBA.com, the NBA App and NBA League Pass.  The NBA has created one of the largest social media communities in the world, with 1.5 billion likes and followers globally across all league, team, and player platforms.  Through NBA Cares, the league addresses important social issues by working with internationally recognized youth-serving organizations that support education, youth and family development, and health-related causes.
Posted by mikeandthemouse at 8:02 AM